Launching the all-new flagship #Mi10i where the 'i" stands for India. 🇮🇳

Today, Xiaomi VP Manu Kumar Jain has joined in the teaser campaign for the Mi 10i 5G. He posted a video describing the upcoming device as an “extension” to the Mi 10, Mi 10T, Mi 10T Pro, and even the Mi 10T-Lite. That’s a huge family for sure. While the device, in essence, is a Redmi Note 9 Pro 5G that is also very similar to the 10T Lite, it will reach India with a brand new camera sensor. It will feature an improved 108MP camera and the device will be announced in India on January 5. Unfortunately, we’re not sure about the device’s availability in global markets. After all, the company’s VP states that the “i” in Mi 10i stands for “India”.

#ThePerfect10 with the perfect 1⃣0⃣8⃣MP details.

The quad-camera of the phone in the teaser video has “108MP AI Camera” and “Built for 5G”. Xiaomi was the first company to make use of the 108MP camera sensor (Samsung HMX). The module debuted in the Mi Note 10 Pro (Mi CC9 Pro). Now, the company will bet in a new module, perhaps the HM2. Samsung unveiled this particular sensor in September. It does 9-in-1 binning instead of a 4-in-1 as the HMX. Under the hood, the phone will pack the Qualcomm Snapdragon 750G. It’s an excellent chipset above the SD73x series and below the SD765 in terms of performance. 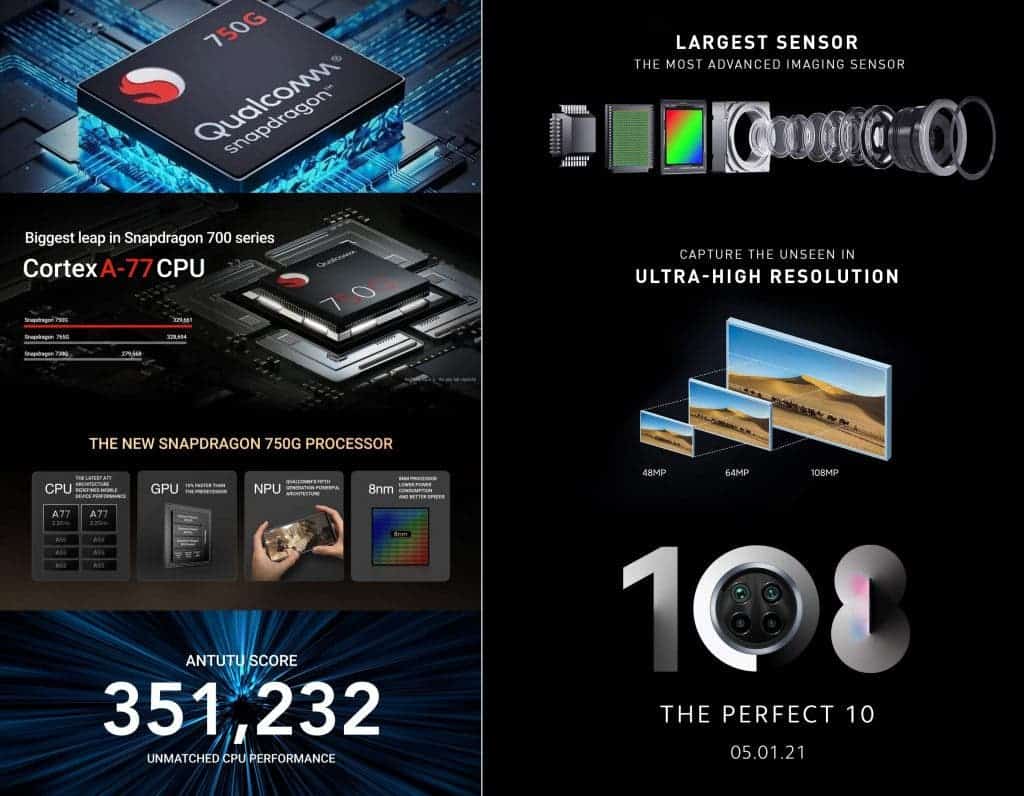 One time that the device is based on the Note 9 Pro 5G. It should bear similar specifications such as the 6.67-inch IPS LCD with 120Hz refresh rate and HDR10 support. The phone will draw power from a 4,820mAh battery complete with 33W fast-charging. Xiaomi may change one thing or two for the Indian market, but we’ll know that in just a couple of days.

Even Amazon India already has a detailed landing page for the phone. The e-commerce platform will be the exclusive launch partner for the device. The phone will also arrive via Mi.com and brick-and-mortar stores.

Next Apparently, Sony forgot about "late 2020" PlayStation 5 launch in India