While 2020 probably is far from what you’ve been expecting twenty years ago, I mean, there are no flying cars… We have the first transparent OLED panels that really bring us some futuristic vibes. Xiaomi announced its Transparent Mi TV a couple of months ago, and there are other OEMs investing in this segment. LG Display has been working hard on transparent OLED panels and is aiming on making the technology attractive for end consumers, and possible. After all, these panels aren’t cheap yet.

Today, the company unveiled a concept o a possible application of the transparent with its “Smart Bed” concept, which would use a 55-inch transparent screen that would function as a TV that can turn invisible when not in use. The transparent TV would sit in a frame you could place at the foot of your bed or even more around the home. You just have to press a button to have the transparent OLED rise from the frame and keep you entertained without backlights or a background breaking the experience. Thanks to Cinematic Sound OLED technology, users will not need separate speakers to enjoy the experience. 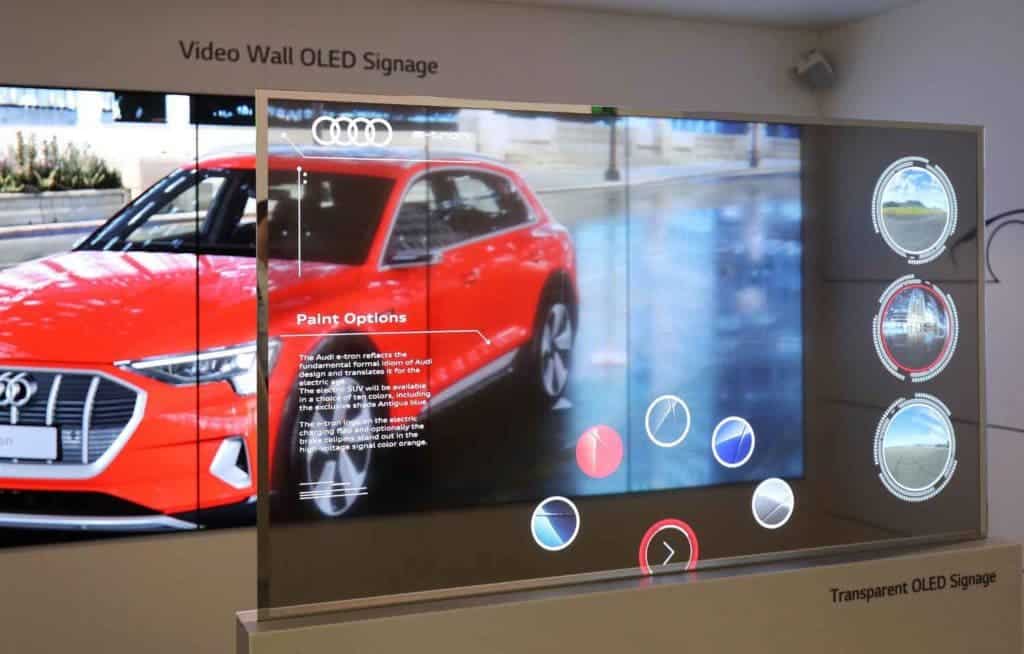 Moreover, LG presented other possible applications for its 55-inch panel. The display can be used in restaurants. In this scenario it would allow customers to see their meals being prepared by the chef. Similarly, subway trains could also sport these screens, offering real-time information like route maps and locations along with the view of the outside.

All of this is really exciting. But we should not build hype right now, at least not yet. As we’re still some years from seeing this become a thing that ends customers can easily purchase. The Korean firm is also betting in the segment of rollable panels. It even presented an LG Rollable Screen that costs a lot earlier this year. Now, the company is moving to unveil its first rollable smartphone in 2021, which goes by the B Project codename. For now, we don’t know if the company has plans for a transparent LG Phone.