In all honesty, the curved TV has never been really popular unless you just like to try something different. According to many reviews, the curvature of the TV sometimes forces users to sit in a particular position for the best viewing experience. However, curved computer monitors are very popular (especially for gamers). This is because the viewer is usually sitting directly in the center of the screen and only tens of centimeters away. LG Display hopes to provide computer users and gamers with the best of both worlds. The South Korean manufacturer is working on a TV that can be bent for gaming and flattened for watching TV. This TV can also produce sound by vibrating the screen instead of using traditional speakers. 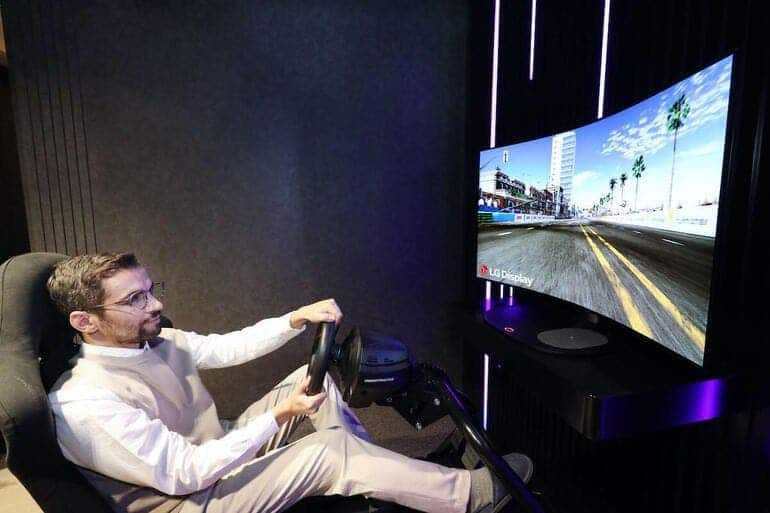 During CES 2021, LG Display will showcase a new 48-inch flexible film-quality OLED (CSO) screen. The company stated in a press release that this “paper-thin” display can be bent to a radius of curvature of 1,000 millimeters and still provide “an even viewing distance from the middle to the edge of the screen”. According to LG Display, the “response time is 0.1 millisecond (ms), the refresh rate is 120Hz per second, and it has a wide variable refresh rate that ranges from 40Hz to 120Hz.”

“LG Display’s 48-inch flexible CSO display is optimized for gaming. It maximizes the use of advanced technology and creates another level of immersive experience. In other words, it provides gamers with the best gaming environment”. Dr. Chang-ho Oh, Executive Vice President and Head of TV Business Unit of LG Display, said at the press conference.