The year already started and many smartphone makers are moving to release their first batch of 2021 devices. The month certainly will belong to Samsung and its Galaxy S21 series, however, other brands will also bring interesting devices this month. Realme, for instance, currently sits as one of the most relevant players in the smartphone world. According to a fresh report, the company will unveil a new smartphone dubbed Realme V15 on January 7. A couple of weeks ago, rumors were calling this device Realme Koi.

Today a set of images of the handset were posted online. The images show the phone in a gorgeous gradient finish with the big “DARE TO LEAP” slogan written in the right side. The color is mostly a yellow gradient with some purple and sunrise pink. In the end, we have a very nice look and quite unique. However, if you’re familiar with the Realme X7 series you’ll notice some semblances. 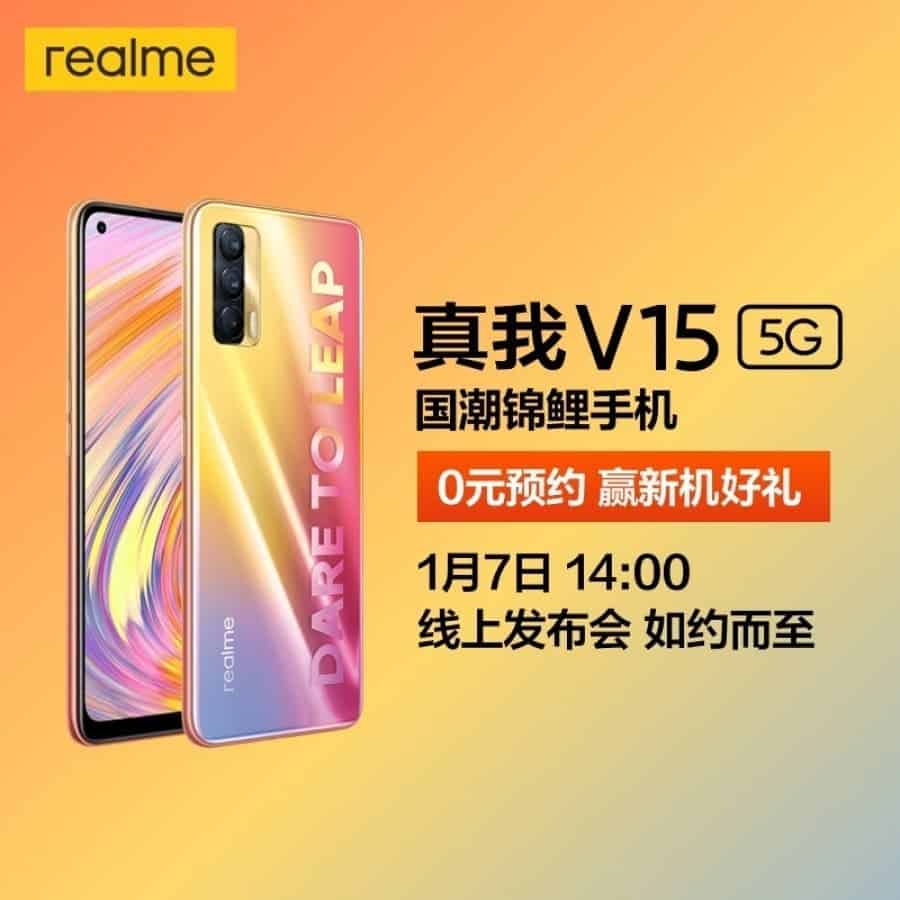 The Realme V15 will go official at 2 PM local time and will come with some fancy cards wishing the buyer good luck. Well, after a troublesome 2020, everyone is wishing a good portion of luck in 2021. Moreover, the Koi fish associated with good fortune, perseverance, and abundance. 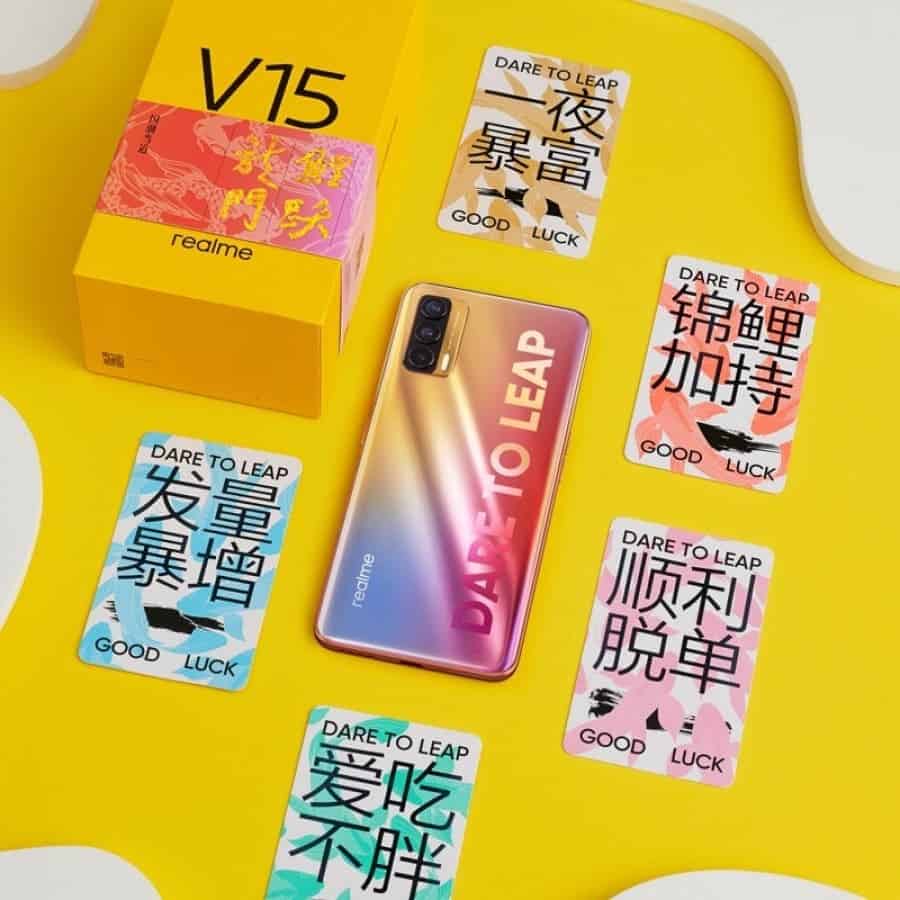 According to the leaked information, the Realme V15 will pack a Triple-Camera setup lineup up vertically. We’re expecting a 64MP sensor leading this setup. The latter resolution seems to be confirmed across some retailers in China. The images also reveal a front panel with a single punch hole in the left corner. This selfie camera placement is recurring among Realme devices. Furthermore, the panel should be of the OLED kind as the fingerprint scanner is nowhere to be seen. It probably is placed under the display which requires an OLED one. Recent leaks also suggest the presence of a Dimensity 800U chipset. This chipset comes with two Cortex-A76 cores clocked at up to 2.4GHz and six Cortex-A55 cores clocked at up to 2.0GHz. Moreover, the phone will have a 50W fast-charging and we expect a big battery to honor this fast-charging capability. The phone will weigh around 176 grams. 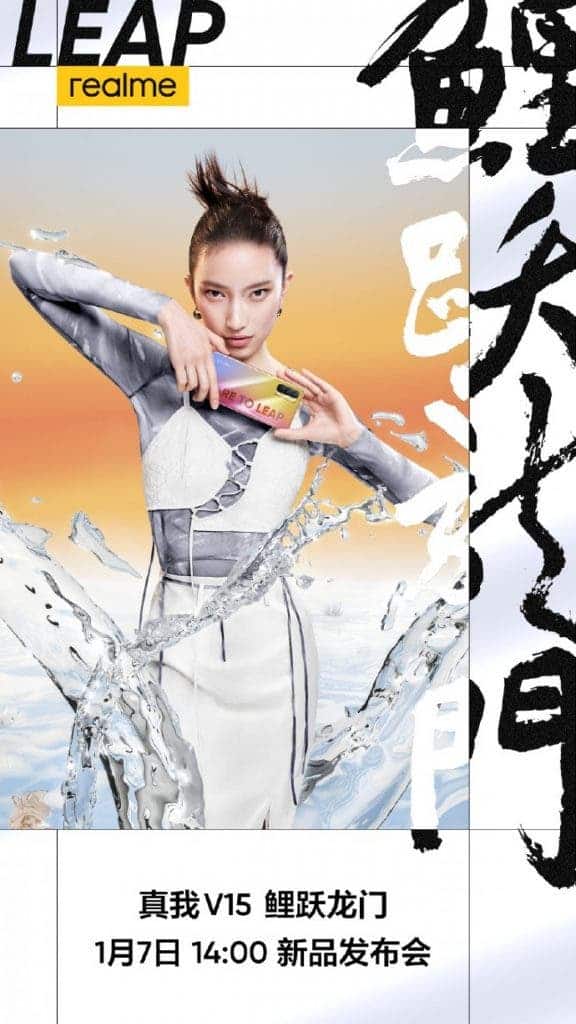 The phone is already listed at JD.com, Tmall, Suning, and other major retailers. Unfortunately, no much is known about the specifications of the handset. However, the V-series suggests that this phone is coming with an aggressive price tag. This is the third device to come for the V series. The first was the Realme V3, followed by the V5.

Next Baseus Bend Angle Type-C HUB: must have tool for your iPad