A well-known network insider under the nickname Ice Universe, who often shares exclusive information about new products in the mobile industry, announced the imminent release of a new Samsung ISOCELL camera sensor with a record resolution.

According to insider information, this year Samsung will release several innovative camera sensors for smartphones at once. And very soon the first smartphones will appear on the market, which will be equipped with 200-megapixel camera sensors.

Samsung ISOCELL will launch many innovative sensors in 2021.
200MP is coming soon.

Considering that 108MP image sensors, which became especially popular last year, are referred to by many as 100MP, we can assume that the actual resolution of Samsung’s 200MP sensor will be 216MP.

Ice Universe has repeatedly proved that it has connections in various companies and has leaked information not only about the design of smartphones, but also about new camera sensors, including the aforementioned 108MP sensor, and other equipment.

Samsung is preparing a 600-megapixel camera for smartphones

A very authoritative network insider under the nickname Ice Universe announced in April this year that Samsung will release sensors with a resolution of 600 megapixels in the future; which will surpass the capabilities of the human eye. Now, the insider has confirmed that such a sensor is indeed already in development.

This insider has repeatedly confirmed that he has contacts in the development department of the South Korean company; he was the first to publish real images of the Galaxy S20 and many other reliable information; so his words are definitely worth listening to. 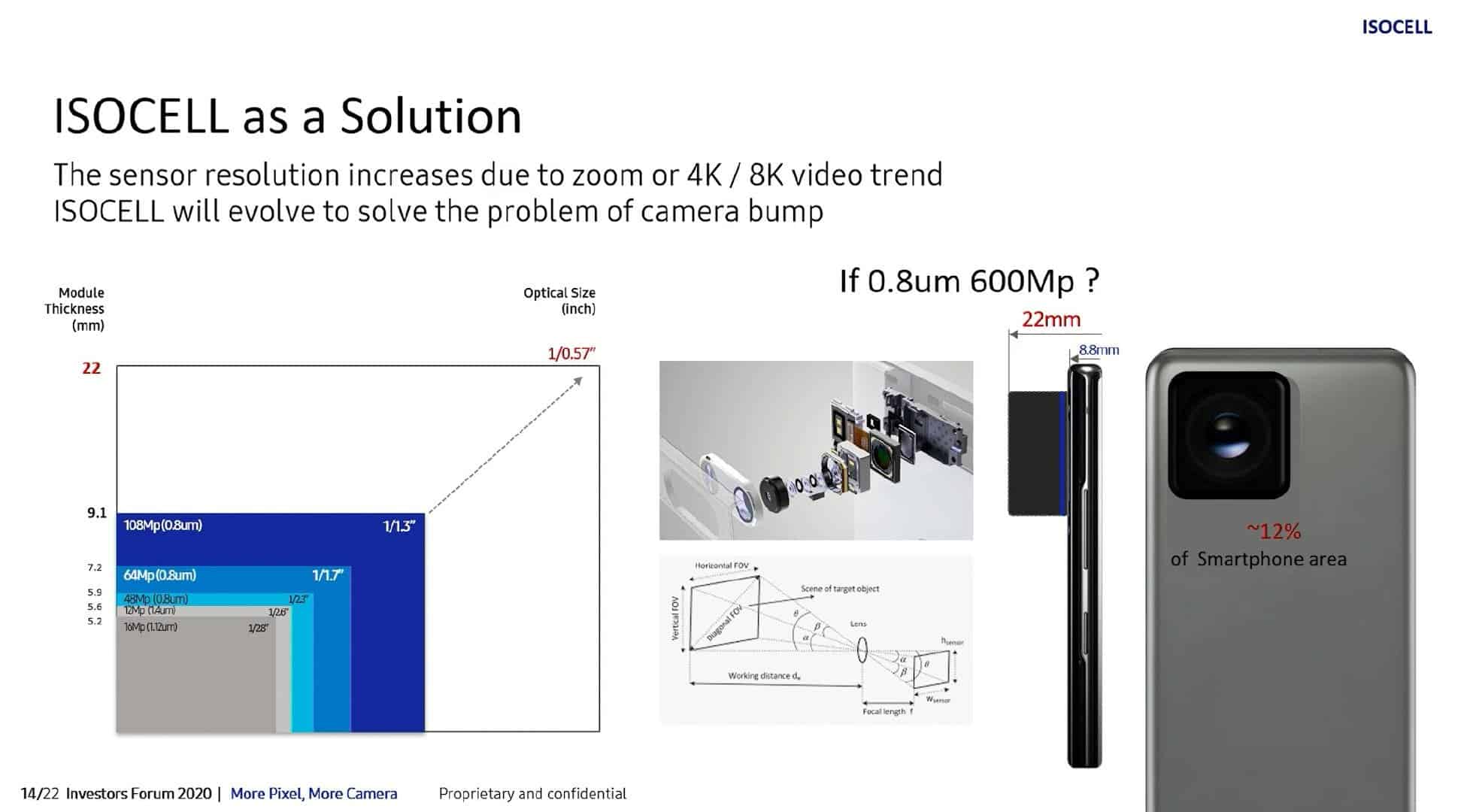 This image shows what a 600-megapixel camera could be on a smartphone if Samsung doesn’t fundamentally change the technology. In this case, the camera alone will occupy 12% of the rear panel area; and the camera unit will protrude 22 mm above the back panel of the smartphone. Of course, that would be extremely inconvenient; so it will be very interesting to see how Samsung implements such a high resolution in the next generation ISOCELL sensor.

It is unlikely that smartphones with such cameras will hit the market next year. After Samsung’s 108MP image sensor, insiders are expecting a 192MP sensor.

Next OnePlus Band gets an official launch date - see when