In October last year, Huawei launched a new Mate 40 series. As you should know, the Mate series are considered to be the flagship handsets for the second half of the year, while the P series are for the first half. We mean it’s the right time for the next-gen Huawei P50 series.

Recently, one of the tipsters disclosed a piece of the latest news about the Huawei P50 series.

According to it, the Huawei P50 series will continue the strategy of the previous generation products, launching a total of Huawei P50, P50 Pro, and P50 Pro+ three models. Not surprisingly, these three models will use different screen forms. 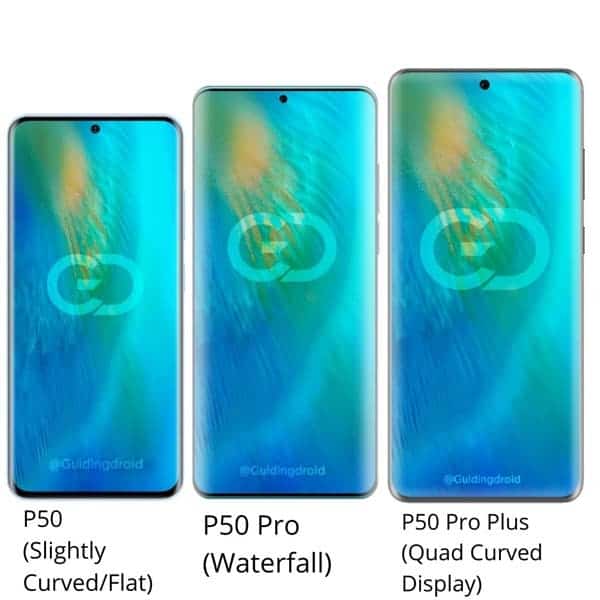 Among them, the Huawei P50 will come with a micro-curved display similar to the Samsung S20; the P50 Pro will continue using the hyperboloid display of the previous generation; the P50 Pro+ will use a quad-curved screen.

It is worth mentioning that Huawei has changed the usual ‘pill’-shaped front-view aperture. All three new models adopt a single-camera centered hole-punch variant. This is more beautiful as a whole, and at the same time further improves the screen ratio.

Recently, some users showcased a set of high-definition render of the Huawei P50 Pro. The picture shows that the back design of the P50 Pro continues the matrix rear camera module of the P40 series. It will come with a total of four camera sensors, including a periscope telephoto lens. 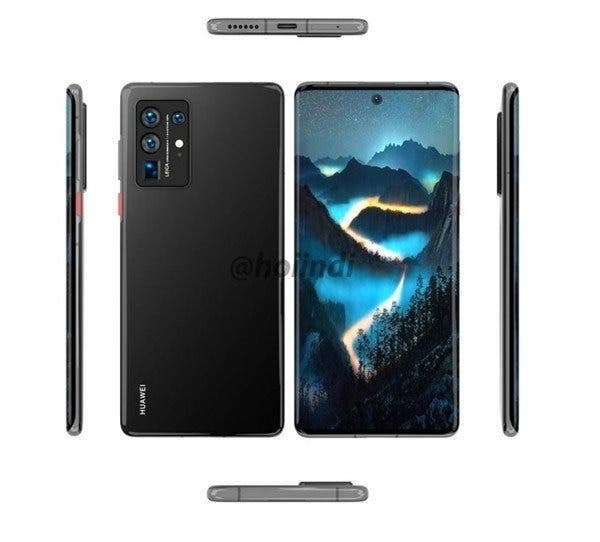 In addition, previous patents show that Huawei will use a liquid lens technology on the new machine. This technology can achieve higher focusing speed. In other words, it can achieve millisecond-level focusing like the human eye, and the film formation rate is almost 100%.

According to past practice, the Huawei P50 series will come with the same 5nm Kirin 9000 processor of the Mate 40 series. However, due to the current shortage of Huawei chips, there are reports that Huawei may switch to MediaTek SoC.