Chinese manufacturing giant, Huawei, is still working on a number of smartphones. There is not much focus Huawei smartphones at the moment and the reason for this is not far fetched. Since the ban by the United States, the company has been struggling in the smartphone market. Thankfully, Huawei is much more than smartphones. Thus, the company is still a rolling stone but its smartphone business is sluggish. Huawei has since stated that it is not competing in the smartphone market, rather it is just trying to survive. Nevertheless, the company still release some decent smartphone to the market. A few days ago, we had the official launch of the Huawei nova 10 series as well as other devices. Now, there are reports that some new phones in the Huawei P50 series has just passed 3C certification. 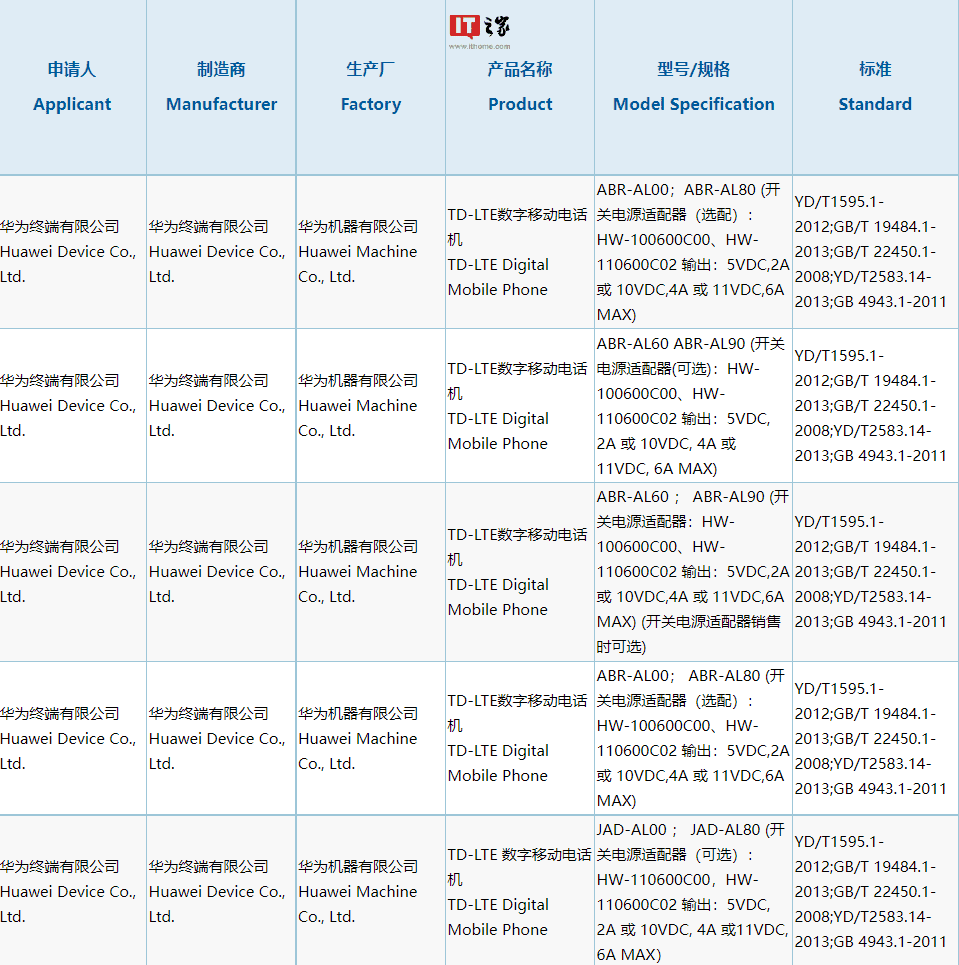 These new smartphones comes with model numbers ABR-AL80, ABR-AL90, and JAD-AL80. According to reports, these devices correspond to the three derivatives of Huawei P50, P50E, and P50 Pro. The 3C certification shows that the three new models of mobile phones comes with a 66W fast charger and support 4G networks. Of course, with the help of the new technology, a 5G communication case, these smartphones will support 5G network.

There have been delays in the release of these smartphones. We all know the reason(s) for the delay and we can not blame Huawei. These devices were to hit the market sometime last year. The Huawei P50 / P50 Pro were to hit the market in June 2021. Previous reports claims that these smartphones will come with the Qualcomm Snapdragon 888 4G chip or HiSilicon Kirin 9000 4G chip. However, with the launch of new, better and faster chips, these devices will use the new processors. The Huawei P50E was to be released in March 2022. It uses a Qualcomm Snapdragon 778G 4G processor and is equipped with a 6.5-inch 90Hz refresh rate screen.

Read Also:  Greely Geometry To use Huawei's HarmonyOS In Their Cars
Source/VIA :
In Chinese