Recently, Apple issued an article on some important achievements in 2020. The company also lists new opportunities that are worth looking forward to in 2021. Apple said that iCloud allows users’ photos, videos, files, memos, and other important data are very safe. More than 85% of iCloud users are protected by two-factor authentication, and an extra layer of protection can ensure that others cannot access the user’s account or data. 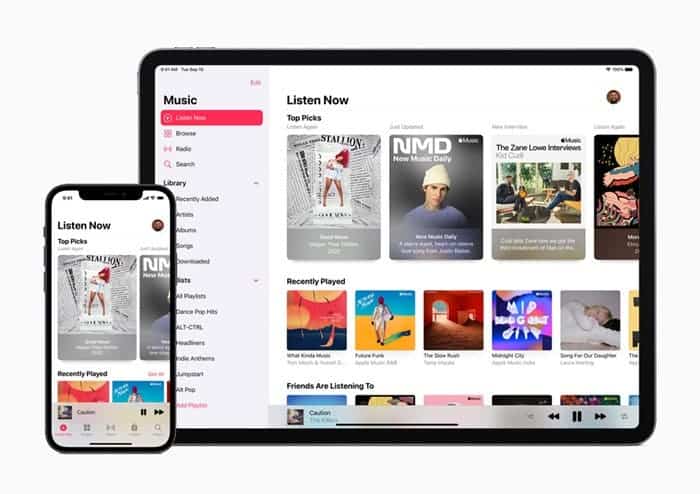 At the same time, Apple Music brings “listen now”, new “search”, exclusive radio stations, “autoplay” and other functions. Since 2020, among iOS 14 users, nearly 90% of listeners have used these new features. In addition, the usage rate of Apple Music’s lyrics display feature has doubled.

Apple also stated that since the launch of the App Store in 2008, developers who sell digital products and services have earned more than $200 billion in revenue. This accounts for only a small part of the overall business transactions facilitated by the App Store.

Among them, Shanghai-based Mihayou’s “Yuan Shen” was a great success once it was released. It set a new record for the most successful release week in the history of the App Store. Apple pointed out that in the week from Christmas Eve to New Year’s Eve, App Store users spent $1.8 billion on digital products and services, most of which was spent on games. On New Year’s Day alone in 2021, users’ consumption exceeded $540 million, setting a record for a single-day consumption.

Apple racks up some funds from charger removal

Recall that with the release of the iPhone 12 Apple announced that the box of the new smartphones will no longer include headphones and a charger. Recently, the popular research company Counterpoint Research, which began publishing information about the cost of components for various electronic products, calculated the cost of the iPhone 12, and now there is a clarification that says that in terms of packaging and accessories, each iPhone 12 is about $4.2 cheaper. than the previous generation iPhone 11.

Looking at it in terms of a single unit, $4.2 is a small amount. However, at the end of last year, the total shipment of the iPhone 12 series hit 63 million. This means that Apple saves about $264 million in a few months of sales. According to multiple reports, Apple will also remove the charger cable from the box in the future. As usual, it would cite “environmental protection” while taking this decision

Next Xiaomi Mi 11 produces a strange noise while playing music