Xiaomi started its Black Shark 4 campaign with the full stem. There’s no big surprise here, after all, the brand used the same Q1 launch window last year for its Black Shark 3 series. The brand’s CEO released yesterday the handset’s astonishing results in the AnTuTu platform. Now, what seems to be a surprise is the imminent arrival of the ROG Phone 4. It’s not a secret that ASUS has begun work on the ROG Phone 4, however, it seems that the device will come much earlier than usual.

The Taiwanese firm took to Weibo today to post the first teaser for this handset. The company promises an upgraded experience that will give users unlimited possibilities in gaming. These certainly are bold claims, but the ROG Phone may live to these words. After all, we’re talking about one of the most appealing and ambitious gaming phone projects in the market. 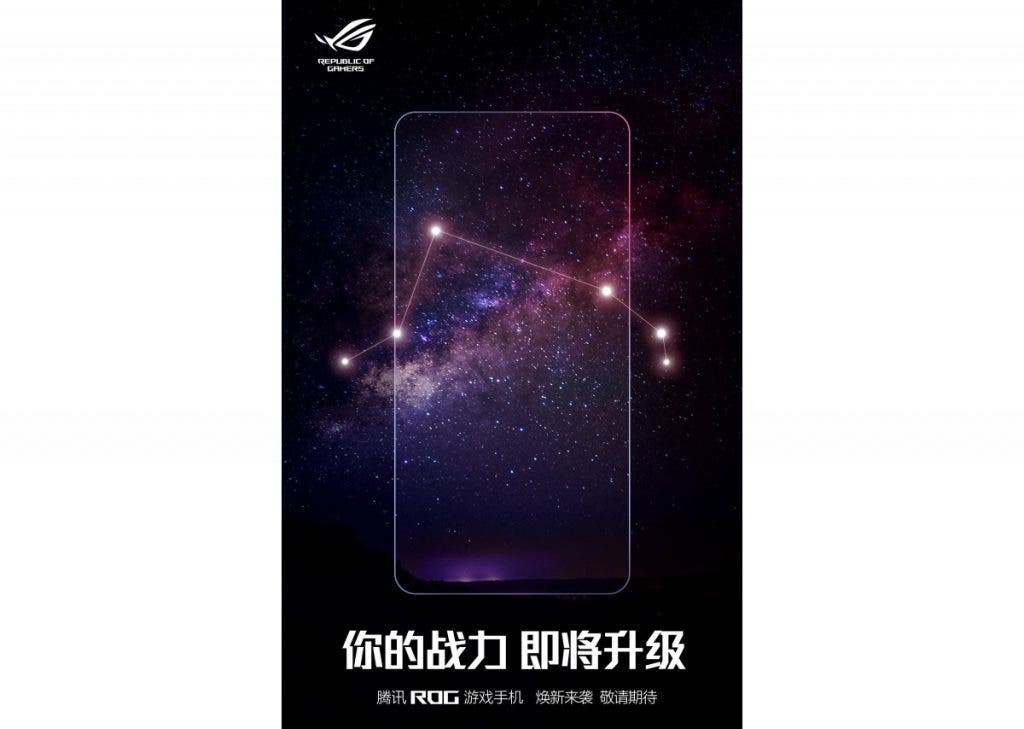 The teaser image comes with the message on the official ROG Phone account. Interestingly, the image tries to represent the phone’s display. However, we’re not sure about how accurate the image is. After all, the ROG series isn’t known for being made of bezel-less smartphones. After all, this isn’t a huge requirement for gaming smartphones. The render may just reflect the shape of the smartphone that seems to follow older models.

While the ROG Phone 3 was released in the third quarter of 2020, the ROG Phone 4 can make an appearance during the three months of 2021. The reason is that Asus does not want to lose space for Black Shark and other competitors in the gaming phone range. For the specifications, we expect the phone to pack a gorgeous FHD+ display with a 144Hz refresh rate. Just like the Black Shark 4, ASUS may prioritize the refresh rate over the resolution of the phone. After all, a QHD+ resolution will only stress the GPU more than necessary. In a gaming phone, the GPU should be totally focused in running games, and for what we currently have in Google Play Store, FHD+ is enough. Under the hood, the phone certainly will pack Qualcomm Snapdragon 888. Asus may also bring a whole new set of accessories to extend the experience of the Republic of Gamers phone.

With the official start of the ROG Phone 4 campaign, now it’s up to Nubia Red Magic to make its move.