The Unified Push Alliance announced today that Lenovo smartphones have completed the adaptation, including Lenovo and the Legion brand.

So far, The Unified Push Alliance has covered almost all mainstream smartphone brands in China, including Huawei, Honor, OPPO, Realme, OnePlus, ZTE, VIVO, iQOO, Xiaomi, Redmi, Smartisan, ASUS ROG. Only Meizu is out of the list. 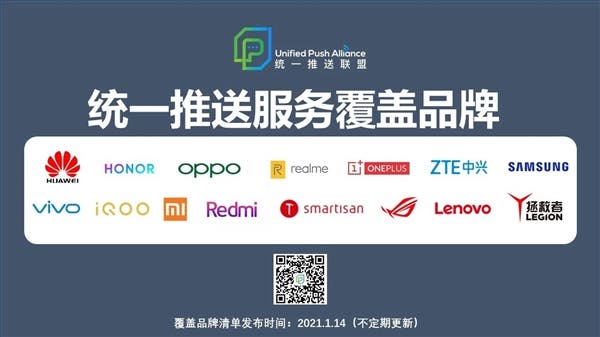 Interestingly, Samsung smartphones have also got this system.

Lenovo’s system message push service will get the ZUI system OTA updates. It will refer to Lenovo and the Legion existing smartphones. Plus, the newly listed smartphones will support this system as well.

In the future, Lenovo Mobile will further cooperate with the Unified Push Alliance to continue to create a better experience for users on push services.

Briefly about The Unified Push Alliance

Android’s push notifications are a key feature of devices using the system. But Chinese developers create their own notification systems using third-party push services. Push messages run in the background and can slow operating speeds and reduce battery life. The alliance has been formed to address this issue and unify Android push notifications sent through different apps.

The organization will put an end to the disorder among Chinese Android developments. In future, Android devices will be able to receive push notifications without waking up apps, leading to conservation of memory, battery life and data traffic and improving the user experience of Android phones in the country.

Next Oppo A93 5G surfaces on Chinese retailer with 90Hz LCD