Are you tired of your old phone getting slower and laggier by the day? Then you’re in the right place as here you’ll find the top 5 best Chinese phones with a price tag below $100; keep reading!

Let’s start off with the still very interesting Realme C3. The smartphone comes with a 6.5-inch IPS display with HD + resolution and is powered by a  Mediatek Helio G70 octa with 64-bit support that works at the frequency of 2 GHz and has a Mali-G52 2EEMC2 graphics processor. We then have 3 GB of RAM and 64 GB of memory, expandable with the help of a microSD.

The camera is 12 megapixel and is equipped with a single flash, meanwhile at the front we find a 5 megapixel camera.

The device has dual SIM support and supports mobile networks up to LTE, while Wi-Fi is b / g / n, Bluetooth is 5.0, GPS and even FM radio.  With the battery inside the device having a capacity of 5000mAh.

Coming again from the Chinse brand Realme, we have the newer but less powerful Realme C11. The device from Realme packs a 6.5-inch display with a resolution of 720 x 1600 pixels and a notch at the top for the 5MP selfie snapper. Meanwhile on the back we find a total of two cameras of 13MP and 2 MP resolutions.

The Realme C11 provides a 5000mAh capacity battery, offers a MediaTek Helio G35 chip and adopts 2GB of RAM; along with 32GB with microSD slot expansion.

Finally, the device has Bluetooth 5.0 and runs Realme UI based on Android 10 out of the box.

Just like Realme, the Redmi brand always brings very interesting entry-level options such as the Redmi 9A. The handset comes with a 6.53-inch IPS LCD screen with a resolution of HD+ and is fueled by a MediaTek Helio G25 octa with 64-bit support that runs at 2 GHz and has a PowerVR GE8320 graphics processor. We then have 2 GB of RAM and 32 GB of memory, expandable with the help of a microSD.

Finally, the battery inside this device has a capacity of 5000 mAh and it runs MIUI 11 based on Android 10 out of the box. 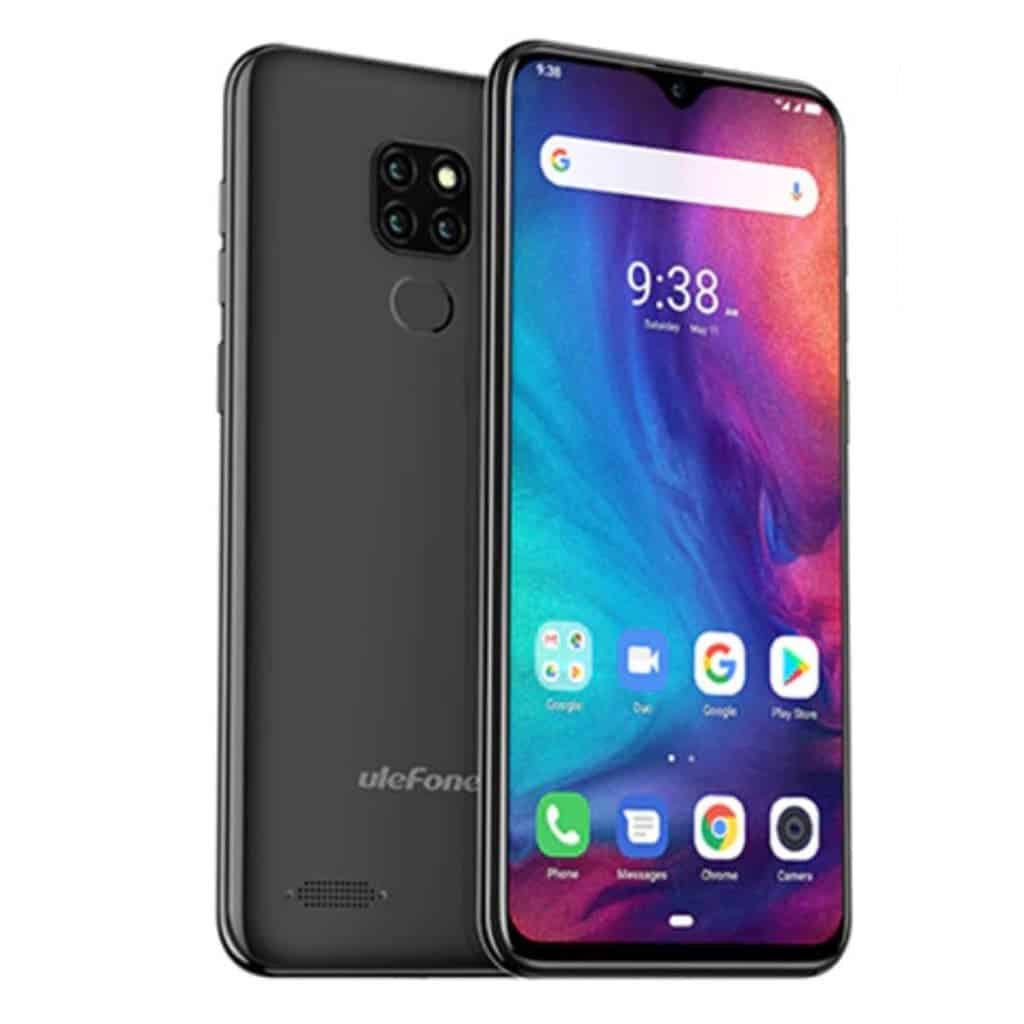 If you want even more affordable, the latest Ulefone Note 7P with a price tag under $60 is an option worth considering. The smartphone adopts a MediaTek Helio A22 processor, it has 3GB of RAM and 32GB of storage expandable via microSD.

The handset also features a triple camera system of 8MP, 2MP and 2MP resolutions with an LED flash, while the selfie camera has a resolution of 5 MP.

Finally, the Ulefone Note 7P comes with a 6.1-inch display, it has a fingerprint scanner and is fueled by a 3500mAh battery

Last but not least, we have the recently launched Blackview A80 Plus. Blackview’s entry-level device comes featuring a 6.49-inch IPS screen with HD+ resolution and a Mediatek Helio A25 CPU along with 4GB of RAM and 64GB of storage to power it up (expandable via microSD).

The smartphone manages to pack a total of four cameras led by a 13-megapixel Sony IMX258 sensor, paired with 2MP, 0.3MP and 0.3MP auxiliary sensors. Meanwhile for selfies we have a 5MP snapper.

Another killing feature in this price range is the presence of an NFC modulo for electronic payments and whatnot; all of this while being fueled by a large 4680mAh battery.

Next MagSafe‌ for next-generation MacBook Pro will charge faster