During this week, Samsung unleashed its first 2021 flagships in the form of Galaxy S21, S21+, and S21 Ultra. Now that the company is done with the launch of its high-tier devices, it can focus on the mid-range segment. The Korean firm has revolutionized its smartphone business with the arrival of the Galaxy A and M series. Now, the company is gearing up to unleash the first 2021 smartphones for these affordable classes. Apparently, one of the first devices coming is the Galaxy M62. This device will be another of Samsung’s crazily battery-packed devices with a massive 7,000mAh battery.

Today, a Samsung smartphone bearing model designation SM-M62F/DS acquired FCC certification. This model number suggests that this device will come with the Galaxy M62 moniker. An interesting detail about the listing is that it includes a 7,000mAh battery. This will be the second Samsung smartphone to come with a battery of this size. So far, the Korean firm is the only one in the market shipping smartphones with batteries of this phase. Other companies like Xiaomi are starting to play with the 6,000mAh standard. 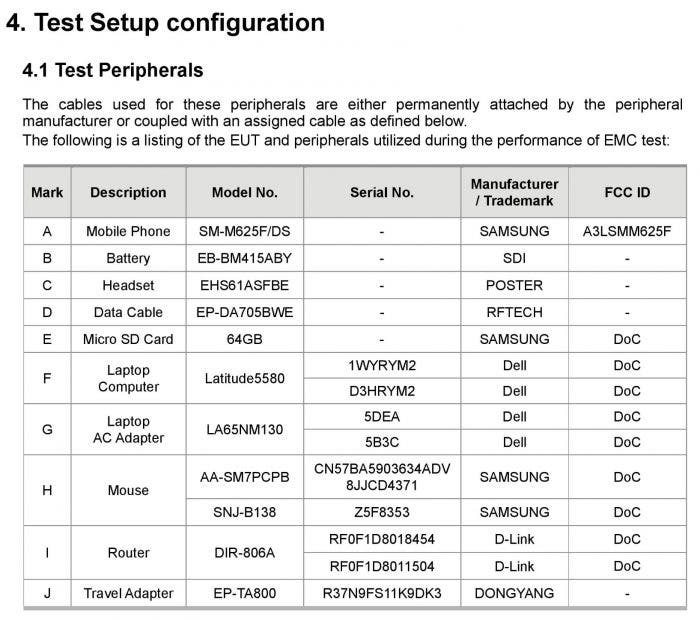 Galaxy M62 will have a massive 7,000mAh battery with a 25W fast-charging

Additionally, the FCC listing also confirms that the Galaxy M62 will sport a USB-C port with up to 25W charger and a 3.5mm headphone jack. The 25W may take some time to charge a battery of this size, but this amount is much more generous than what Samsung usually offers for its mid-range smartphones. Most of the Galaxy A and M devices are still stuck on the 15W fast-charging. Curiously, the device has been believed to be a tablet, but now FCC confirms that it is a smartphone.

Another curious fact is that the US regulator’s website also includes model code SM-E625F/DS. Apparently, Samsung will sell another variant of this device as Galaxy F62. The F-series debuted last year as a “camera-centric” smartphone series for select markets. Besides the battery, the device may also come with capable cameras.

Unfortunately, FCC does not shed light on the internal hardware of the handset. However, the Geekbench benchmark already has something to say about the SM-E625F. According to the popular muscle platform, the device has the Exynos 9825 SoC paired with 6GB of RAM and Android 11 OS in tow. The DS in the model number also confirms the dual SIM availability.

We expect more details to emerge in the coming weeks as the company may not expect much longer to unleash the first mid-range phones of 2021.

Previous WhatsApp: The adoption of the new rules is postponed for 3 months

Next LG will not give up smartphone business despite the rumors