Recent times are showing that companies in the computer segment will need to adapt to the imminent arrival of ARM-powered computers. After the success of Apple M1 chips, companies are gearing to deploy their own ARM-based computers. With this new demand in mind, Microsoft has developed Windows 10X to be a lightweight convenient version of Windows 10. It will fit as a decent alternative to ChromeOS. The system works perfectly fine on laptops with touch screens but can also be used with a mouse and keyboard. Now, it seems that the OS is also ready for mobile devices. A developer managed to boot the OS in the five-year-old Lumia 950XL.

Twitter user Gustave Monce claims he managed to get a pre-release build of Windows 10X running on a Nokia Lumia 950XL. The device was released all the way back in November 2015. The images provided by the developer shows how well the Operating System scales to different screen sizes. The Lumia 950 XL has a 5.7-inch display and the Windows 10X taskbar fits well at the bottom of the screen. The Quick Settings panel also comes with all elements in place.

I did get to take two pictures, looks like the UI is very adaptive to this resolution. Also personally i think it looks lovely. pic.twitter.com/tqhZ51p5xj

Windows 10X fits well on mobile devices, but work needs to be done to improve the usability

According to Monce, while the Windows 10X responds well to the smaller form factor, it still needs work. After all, it’s not quite usable on this specific hardware. However, this perfect fit on mobile does not seem to be more than a mere coincidence. We don’t think that Microsoft is preparing a comeback to the smartphone business after its struggle with Windows Phone. However, Windows 10X may be a plausible choice if a company decides to make a mobile with the OS. 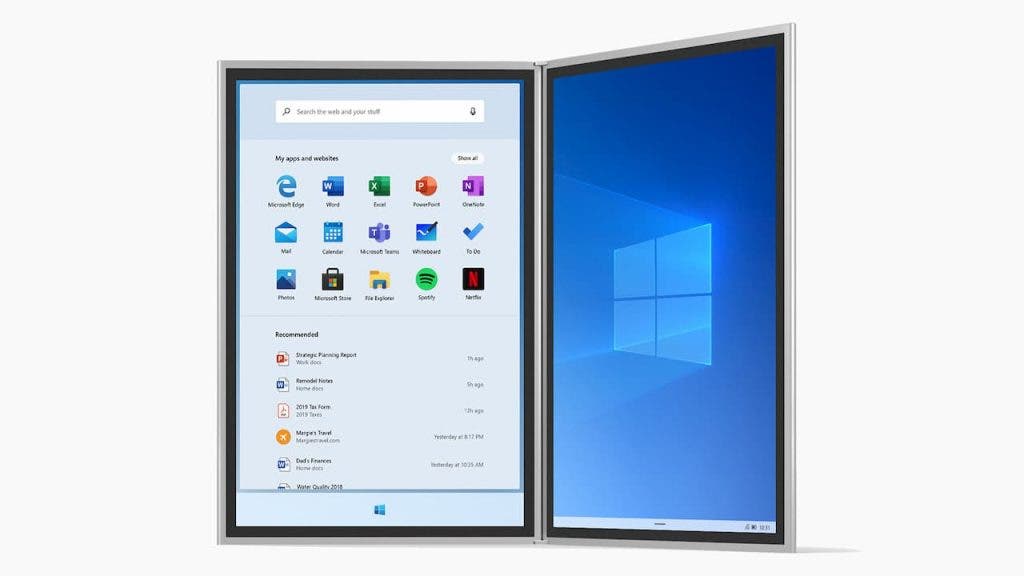 As aforementioned, Windows 10X is much simpler and lighter to run than full-fledged Windows 10. Obviously, it will not run the Win32 applications, just the ones provided by Windows Store. The visual is quite different too and takes some inspiration from Google’s Chrome OS. The device’s original target was on dual-display devices, but due to the “niche” characteristic of these devices, Microsoft decided to make it a mainstream OS version. Of course, dual-screen related features will be added in the future, so the Windows 10X can stand as a jack of all trades. The software will target the commercial and education segments. Its official launch will happen sometime in the next months.