Back in December last year, Redmi announced the Redmi K30 series in China made of a 4G variant and a 5G version. Two months later, POCO announced its return with a new smartphone dubbed POCO X2. However, this wasn’t a new smartphone but the rebranded variant of the POCO X2 with 4G. The device reached India with capable specifications like Snapdragon 730G SoC, a 4,500mAh battery with 27W fast-charging, and more. The device arrived with MIUI 11 running on top of Android 10. A couple of months after the MIUI 12 release, the device got the software update to buy the underlying Android layer remained unchanged.

This changes today, as POCO is rolling out the stable MIUI 12 update with Android 11 OS running underneath. The update comes just a few weeks ahead of POCO X2’s one-year anniversary. Unlike POCO X3 which arrived on Global markets and lacks a Chinese variant, the POCO X2 is only available in India and in China as Redmi K30. That said, the update is rolling out in the sub-continent in a gradual manner.

The Android 11-based update carries firmware version V12.1.2.0.RGHINXM and has 2.4GB in size. The update brings the whole set of MIUI 12 goodies such as new privacy settings, Dark Mode 2.0, and more. In the same way, Android 11 novelties are here. The list of improvements includes Chat Bubbles for conversations, smart device controls, wireless Android Auto support, and much more. Interestingly, the Chinese variant (Redmi K30 4G) already received the MIUI 12.5 update in the closed beta channel. So, once the global versions of MIUI 12.5 start to come, we expect the POCO X2 to be among the first devices to get it.

Unfortunately, this build carries the beta label, so it requires a Mi Authorized account. Of course, if you have an unlocked bootloader you can easily flash this update through a custom Recovery. We expect POCO to bring this update to all users in the coming days. 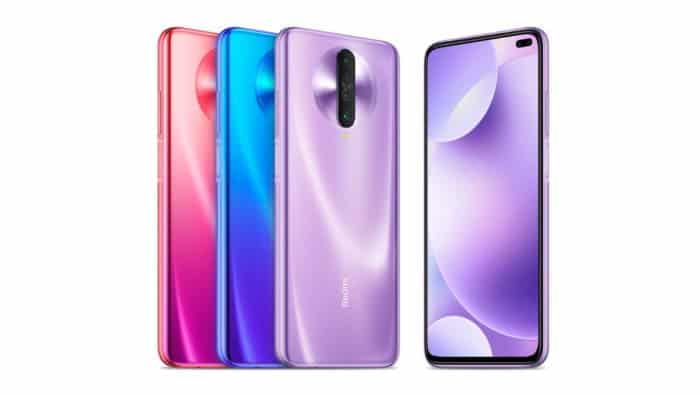 The POCO X2 flaunts a 6.67-inch LCD with an FHD+ resolution, 120Hz refresh rate, and pill-shaped punch hole. The device also packs a Quad-Camera setup led by a 64MP primary shooter. The device brings a 3.5mm headphone jack, USB Type-C port, and also has an IR Blaster. The Snapdragon 730G is paired with up to 8GB of RAM and 256GB of Internal Storage. Despite the POCO X3 launch, most POCO X2 owners will be keeping their devices for one more year, especially now that it runs on Android 11.