MediaTek has kept a low profile for a long time after it failed in the flagship segment with the Helio X-series. Back in 2019, the company announced the Helio G90T showing the first signs of a recovery. That big recovery came last year with the arrival of the Dimensity 5G chipsets. The company’s chipsets are cheaper than some of Qualcomm’s 5G offerings and also bring decent performance thanks to the latest ARM Cortex cores. This year, MediaTek has given a step further with its first 6nm chipsets, the Dimensity 1200 and 1100. These chips are meant for high-end smartphones and bring the Cortex-A78 cores. Now, reports from Digitimes suggest that the Taiwanese chipmaker is bringing two new mid-range chips under Dimensity 700 and Dimensity 800 series. However, these chipsets will not be close to their flagship siblings.

According to the report, the new chipsets will use a more mature node from TSMC, 10nm or 12nm. The focus of these chipsets will be on power efficiency. Of course, 10nm isn’t on par with the current 5nm, 6nm, or 7nm nodes. But it’s not worse than having an older 12nm standard. We assume that MediaTek is taking this route to make the chips more affordable. The biggest purpose of these chipsets is to bring sub-6 5G connectivity to more handsets. They’re also said to improve multimedia and gaming performance. 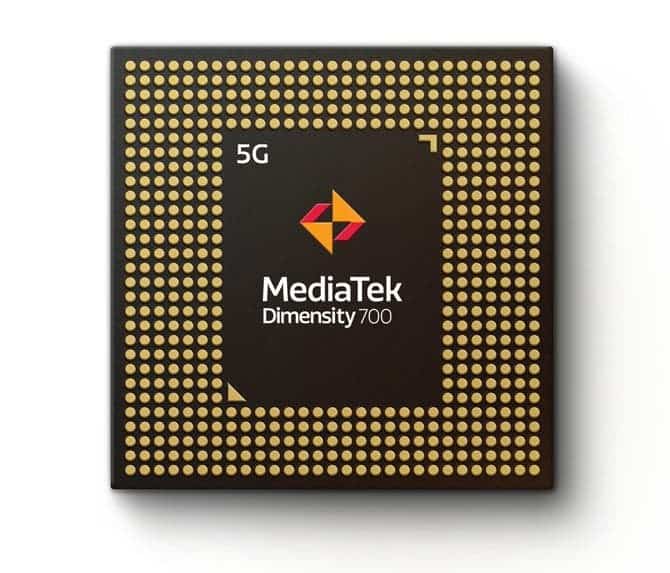 This is a little bit curious. After all, even the most basic Dimensity 700 is made on a 7nm process. So we’re seeing a certain downgrade in terms of power efficiency here. So far, MediaTek has been using the TSMC’s 12nm mode for its budget chipset offerings under the Helio G-series such as the Helio G35 and G25. Perhaps, the company will not bring new 4G chipsets and will replace them with newer 5G dimensity chips. Hence, it will cut some corners in these chips and will also expand the gap between low-end and high-end Dimensity chips.

As per the report, MediaTek will introduce the new Dimensity 700 chip first. It will hit the market sometime in Q2 2021. The new Dimensity 800 chip will be shown at the MWC 2021. This year, the mobile tech trade fair will happen in June 28-July 1. But this greatly depends on how the COVID-19 pandemic situation in Europe develops.

Curiously, reports emerged about a low-end Dimensity 600 chip last year. However, this does not seems to be actually coming.