OnePlus is set to expand its smartphone portfolio, even more, this year. After launching a set of mid-range phones, the brand may introduce a third variant of its flagship series, as of now known as the OnePlus 9 Lite. Now new reports suggest that the company is cooking some new features that will be ready soon for its handsets. A set of interesting features were found in the latest OnePlus Camera APK.

A teardown of the new camera APK with version number 6.4.2.4 found in the OxygenOS Open Beta released for the OnePlus 7 and 7T series was done by the developers at XDA-Developers. According to some strings and codes, the new app will introduce a set of interesting features. We listed the hottest ones below:

OnePlus will join the list of smartphone makers that provide a way for capturing photos of the moon. OnePlus will add different filters allowing users to change the color and aspect of the moon.

OnePlus will provide a way to capture images of a light source and will add the so-called Starburst effect.

In a typical camera, the lens and sensor are parallel to one another and on the same plane. Thanks to the tilt-shift lens you can tilt or shift the position of the lens to a different direction thus changing the angle of the plane resulting in a miniature image. 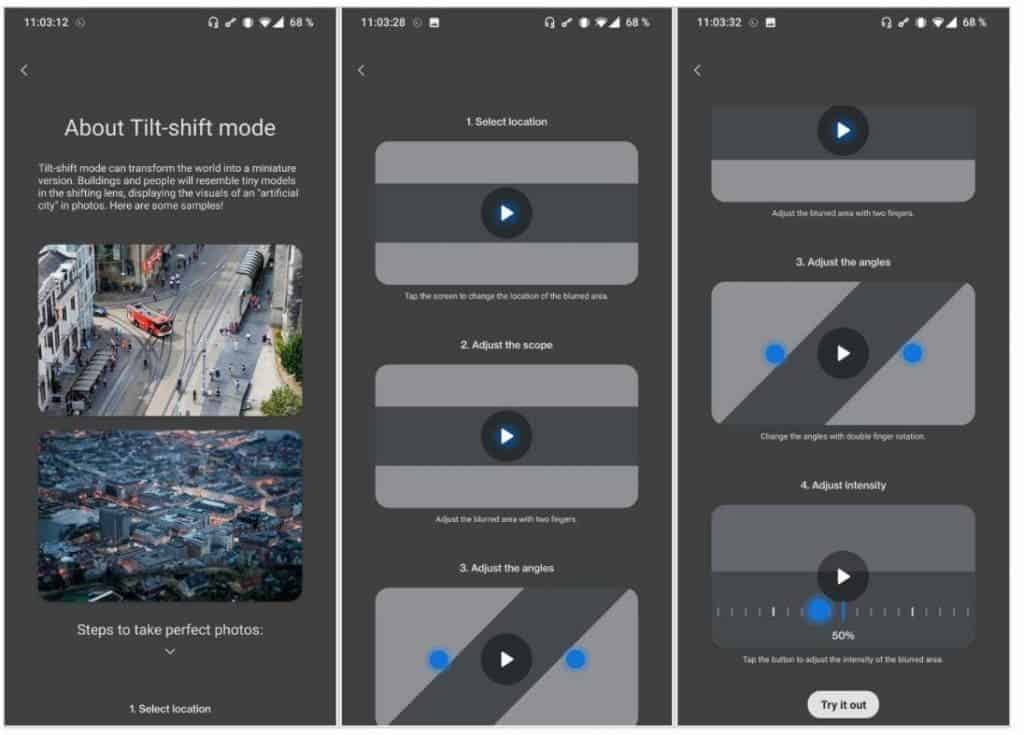 OnePlus will provide a Tilt-Shift mode to create this effect on its OnePlus Camera.

The OnePlus camera can take timelapse videos which is a sped-up video taken at a stationary point. OnePlus plans to add a dedicated Hyperlapse mode which will allow you to record sped-up videos over long distances. This should come in handy once the pandemic is over and folks can travel and visit places.

The last spotted feature is dubbed Focus Peaking. For those unaware, Focus Peaking is a common feature found in a lot of cameras. What it does is highlight the edges that are in focus for you. OnePlus now is bringing this to its smartphones.

Unfortunately, it’s impossible to state when these features are coming for the current OnePlus devices. In fact, they not even come before the release of the OnePlus 9 series. OnePlus is known for bringing new exciting OxygenOS features with every new OnePlus device. This may happen once again this year. However, as in the past years, the brand may roll out some of these features to older devices.

Next Welcome GizChina Ukraine, the youngest member of the GizChina family!