Since last year, the first quarters of the year became hectic with the arrival of new gaming phones. In the last year, we got plenty of gaming devices from Red Magic, Black Shark, and iQOO. This year will be even more interesting with many brands set to drop gaming phones in this period. Xiaomi is one of the players gearing to launch a new gaming phone. The company’s sub-brand is working on the Black Shark 4 gaming phone and started teasing it. Today, the upcoming beast appeared on Google Play Console with some key specifications. The device has the codename Kaiser and it will have 8GB of RAM and Android 11 out of the box. We assume that this is just the basic variant. 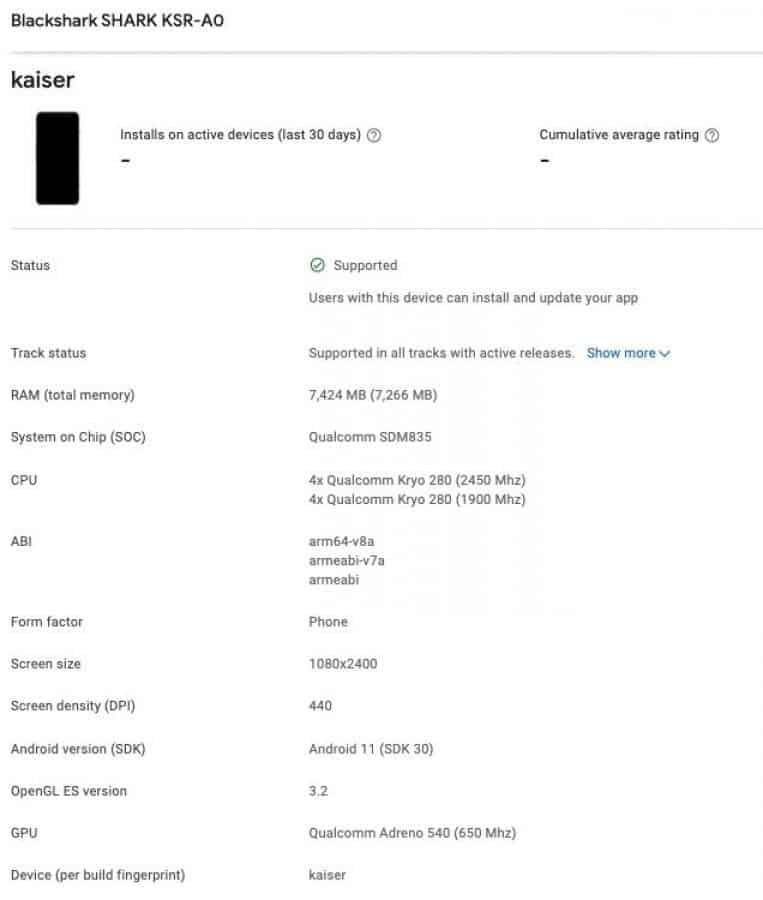 The Google Play listing also revealed that the Black Shark 4 will have a Full HD+ 20:9 aspect ratio. This isn’t a big surprise, after all, gaming phones are set to stick with this resolution for the better use of GPU. Without having to load a QHD+ resolution the whole time, the GPU will be free to deliver excellent performance and stable frame rates in games. Curiously, the listing suggests a Snapdragon 835. But don’t worry this is clearly a big mistake. We expect the Black Shark 4 to pack Qualcomm Snapdragon 888. Even its appearing on AnTuTu already confirmed this fact with a score that comes close to 800,000.

Of course, everything is based on speculation and leaked data. But the Qualcomm’s most high-end chipset seems to be the only plausible choice for a phone that needs to exceed in performance. Moreover, as we stated above, the 8GB of RAM variant probably is the most basic you can get. Black Shark usually unveils multiple versions of its phone with different storage and RAM configurations. We expect the high-tier version to come with either 12GB or 16GB of RAM. The phone will also come with a 4,500mAh battery charged via a whopping 120W fast-charging technology. Through this rate, the phone will be able to come from flat 0 to 100% in just 15 minutes. 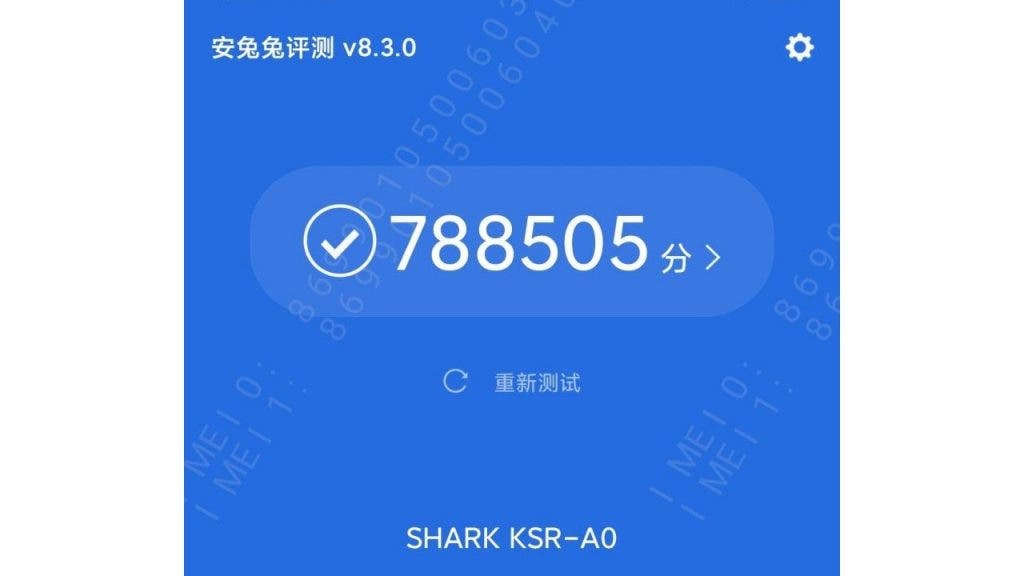 We expect more details to surface in the coming weeks. As aforementioned, Xiaomi will not be the only company unveiling a gaming phone. Red Magic and Asus already started to tease their upcoming gaming phones. The latter will bring its ROG Phone 4 a little bit earlier than the usual schedule to compete with Xiaomi and Nubia.

Previous Xiaomi Mi 11 and MIUI 12.5 will be globally launched on February 8

Next Realme 7i goes official in Europe; It's a rebranded Narzo 20