OnePlus co-founder Carl Pei resigned from OnePlus last year. Also, he announced the creation of a new brand “NOTHING”, which will be released in the first half of this year.

Carl Pei said that “NOTHING” will focus on innovative technology products and is committed to removing barriers between people and technology and creating a seamless digital future. 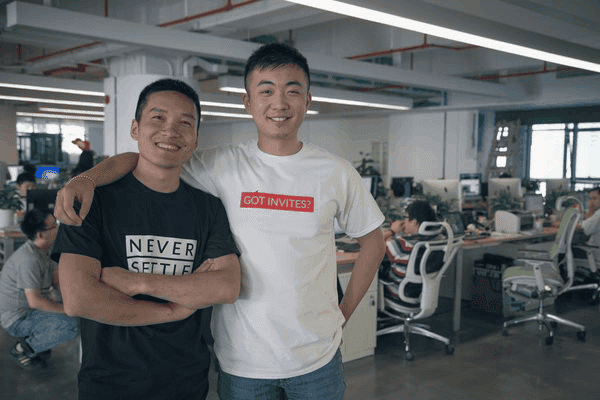 Regarding the details of the new products, Carl Pei didn’t disclose anything yet. However, there are reports that “NOTHING” will create a complete ecosystem. It is still unknown whether it will launch smartphone products or it will be focusing on IoT.

Currently NOTHING’s official website Nothing.tech has been officially launched, and it is expected that more details will be announced soon.

Carl Pei and Liu Zuohu co-founded OnePlus Technology in 2013. Over the years, Carl Pei has played an important role in the OnePlus company, including the recently launched OnePlus Nord. The latter is the company’s most successful product to date. Moreover, Carl Pei has always been the spokesperson of OnePlus. We mean there is every reason to think his new company will succeed as well.

Why Leave OnePlus And Establish NOTHING?

By the way, there have been many rumors why he left the company. But shortly after the case, he explained why this happened:

After nearly 7 years at OnePlus, I’ve made the difficult decision to say goodbye.

I grew up spending tremendous amounts of time on the internet, building products and communities. Seeing that ideas in one’s mind could be turned into reality and impact people’s lives gave me lots of joy, and I knew early on that this was the path for me.

The world didn’t need another smartphone brand in 2013. But we saw ways of doing things better and dreamt of shaking things up. Better products. Built hand in hand with our users. At more reasonable prices. Fast forward to today, and OnePlus is a strong force to be reckoned when it comes to flagship smartphones. And with the new Nord product line, this success will continue into new market segments.

Having just turned 24 when OnePlus started, it’s where I spent most of my 20s, and also where I grew up. From nervously interviewing my first employee, to facing severe stage fright the first time I presented a product, to learning how to manage a team… The journey has been real. The things we’ve accomplished and learned, I can’t begin to imagine a more rewarding adventure.

Our community joined the movement before we even had a product, back when all we had were ambitions and ideas. From having hundreds of you show up to have ice cream with me, thousands attending our launch events, and tens of millions purchasing our products worldwide; I want to thank you all for believing in us throughout all these years.

And the team. The amazing people that I’ve been fortunate to fight side by side with. The friendships I’ve made here are the most precious parts of this journey. With them, the company is in capable hands.

I am eternally grateful to Pete for taking a chance in this kid without a college degree, with nothing to his name but a dream. The trust, mentorship, and camaraderie will never be forgotten. Thanks for the opportunity of a lifetime.

I’ve never regretted trusting my gut feeling, and this time it’s no different. These past years, OnePlus has been my singular focus, and everything else has had to take a backseat. I’m looking forward to taking some time off to decompress and catch up with my family and friends. And then follow my heart on to what’s next.

Next Official renders of the Samsung Galaxy A52 have appeared