Slashleaks has posted high-quality images of the upcoming Samsung Galaxy A52 smartphone, showing the device from three sides.

The Samsung Galaxy A52 should have a screen with small bezels around the perimeter and a front camera embedded in the top center of the display. 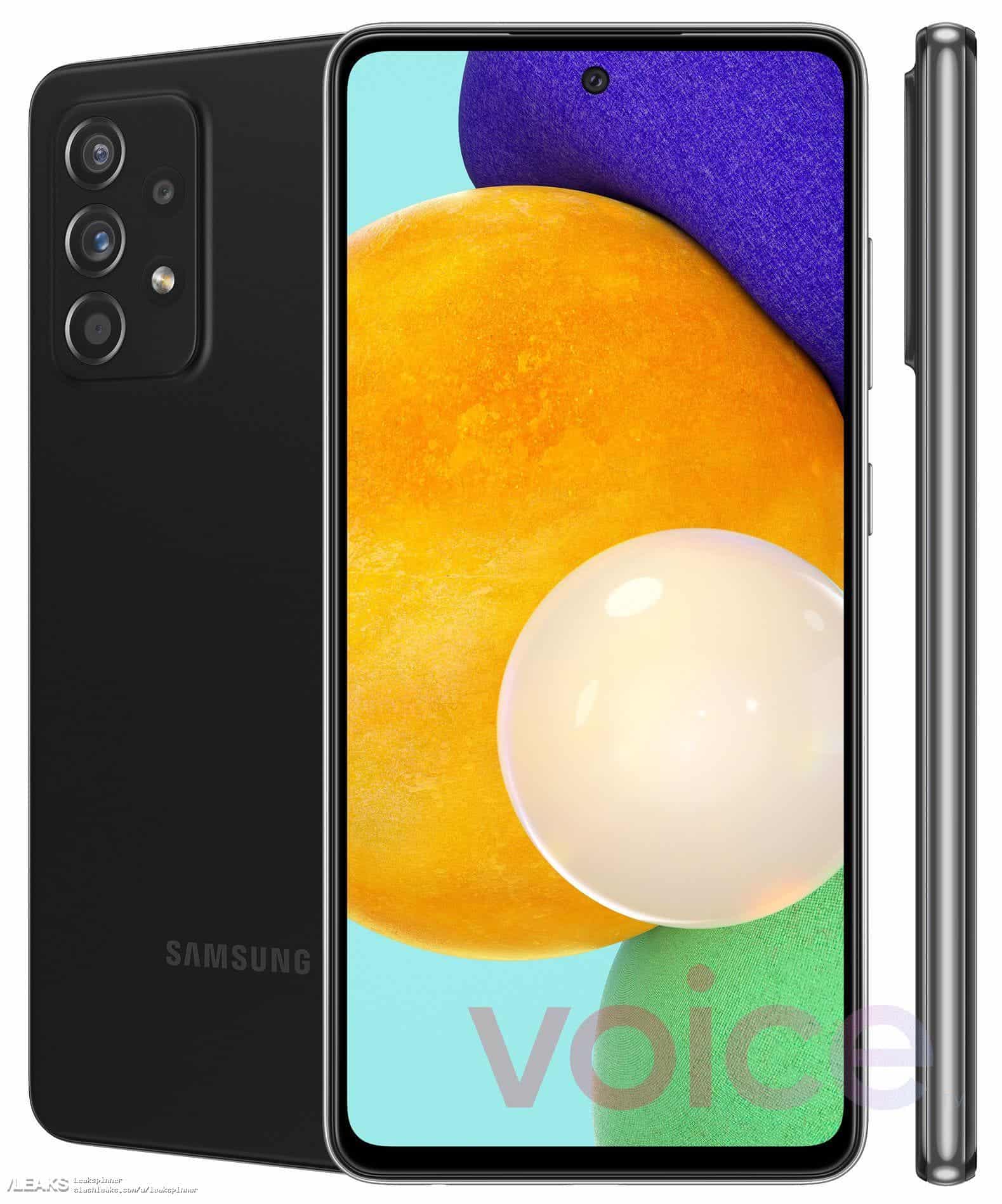 Earlier it was reported that the Samsung Galaxy A52 will receive an AMOLED display with a diagonal of 6.5 inches, a plastic case, a quad camera, a headphone jack, and the dimensions of the smartphone will be 159.9 x 75.1 x 8.4 mm. The renders confirm that the main camera will have four image sensors.

It is expected that the Samsung Galaxy A52 smartphone will be based on the Snapdragon 750G SoC and will be able to work in the fifth-generation networks. The 3.5mm jack should be located on the bottom of the smartphone next to the microphone and USB-C connector.

The source was insider Evan Blass, who leaked many official renders prior to their presentation.

We expect the presentation of the Samsung Galaxy A52 smartphone to take place earlier this year.

Next Google will launch system-wide color themes with Android 12