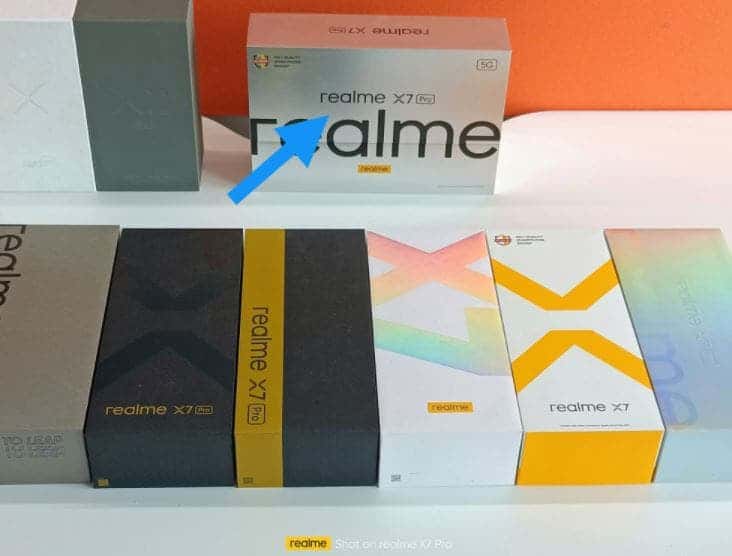 Along with the Realme X7 pricing details, a photo of the retail box of Realme X7 Pro is also shown in the Tweet. Realme X7 a gaming-centric smartphone with high-end specifications. Both Realme X7 and X7 Pro pack with a Quad-camera setup at the back with 64MP primary camera, 8MP ultrawide camera, 2MP macro, and 2MP depth. On the front side, there is a 32MP wide-angle camera for selfies and video chats. All the other specifications are written below you can check them out.

It features a 6.4-inch AMOLED display that supports 1080 x 2400 pixels resolution. The display is also protected by a Corning Gorilla Glass protection. Realme X5 is powered by a MediaTek Dimensity 800U SoC. The smartphone comes in two RAM variants i.e. 6GB/8GB RAM option with 128GB UFS 2.1 Internal storage. Realme X7 has a 4300 mAh battery with 65W fast charging support that can fully charge the smartphone in just 33mins.

Realme X7 Pro runs on Android 10 out of the box. It has a 4500 mAh battery with 65W fast charging support. The company also claims that the smartphone will be fully charged from 0% to 100% in just 35mins.

Next Xiaomi patents a phone with detachable rear camera