Recently, the European Commission stated that companies must not use facial recognition technology to judge employees.

In recent years, facial recognition technology has become very popular and has made the life easier. But with it, privacy has been violated.

For fear that facial recognition technology may infringe on privacy or bring about discrimination based on gender, the European Commission will put forward corresponding proposals. 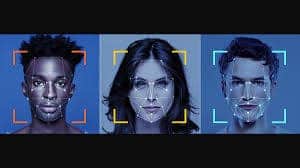 The European Commission announced a proposal today. The proposal stated that the firms can’t use facial recognition technology to analyze emotions and personalities. Moreover, they can’t use it as a basis to recruit and fire employees. Private companies also need to obtain explicit consent from individuals when using facial recognition data.

In addition to the above proposal, the European Commission is also drafting new rules to regulate artificial intelligence (AI). It should announce the proposal in the first quarter of this year.

Earlier, in mid-January of this year, the European Union was considering banning the use of facial recognition technology in public areas for a period of five years. So the agency had time to study how to prevent this technology from being abused.

Also Read: Microsoft Stops Its Investment In Anyvision And Other Facial Recognition Companies

However, a white paper drafted by EU officials claimed that this ban may allow exceptions, such as the use of this technology for security projects and research and development.

At the same time, the Chinese government has begun rolling out facial recognition in pharmacies in Shanghai for people buying certain drugs. This is how it works. People who want to buy controlled medicines should verify their identity by scanning their face. Agree this could be one of the most effective methods of preventing potential abusers from getting hold of certain medicines that can be used to produce illegal drugs. As you understand, China is a big supporter of facial recognition. So we can state that while the West remains cautious, China continues to embrace the technology.

Read Also:  Deep Learning & AI is getting better but can regular users pay?

Although facial recognition brings us a lot of convenience, it also raises privacy concerns. For example, in July last year, the US Federal Bureau of Investigation (FBI) and Immigration and Customs Enforcement (ICE) used photos of the state vehicle control bureau as a facial recognition database and used this information to track suspects, triggering privacy concerns.

Next Xiaomi Mi 11 and MIUI 12.5 will be globally launched on February 8