Chinese New Year will begin soon. So there will be many entertainment programs. In this regard, the pre-sale of Spring Festival movies has been fully opened. Those who like the Chinese cinematography can already book tickets for ‘Chinatown Detective 3’, “Hello, Li Huanying” and many other domestic movies. Of course, in addition to the pre-sale of Chinese Spring Festival films, the annual Apple New Year film ‘Nian’ also officially premiered on the entire network today. Those who don’t follow news like this may think we are just advertising Chinese movies. But the truth is this movie is made using the iPhone 12 Max Pro. So if you want to know how this handset records videos, this is the best way. 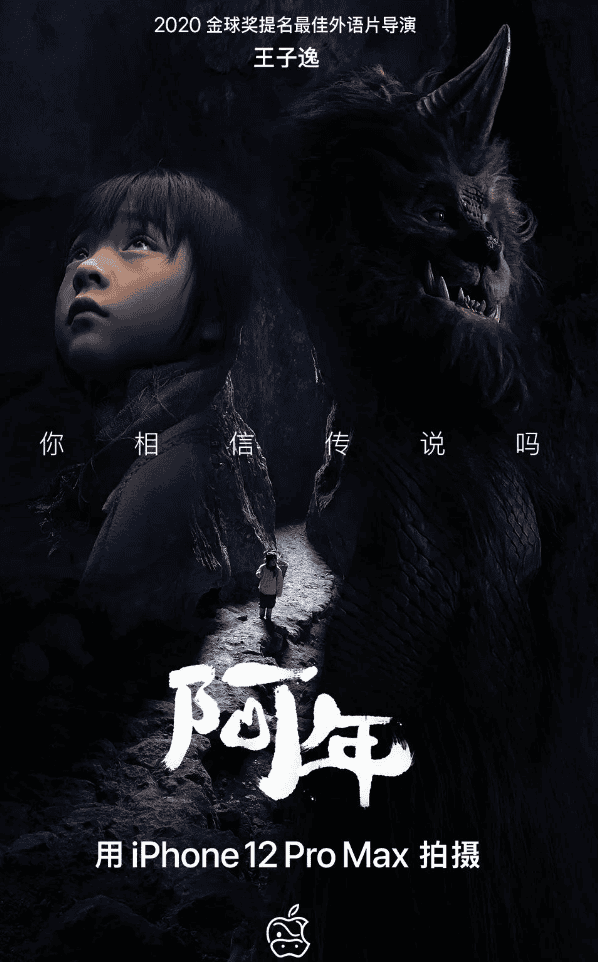 Unlike the previous film, this time Apple’s New Year’s short film uses fantasy themes for the first time. It tells the story of friendship between the little girl and the Nian Beast. The movies lasts nearly 12 minutes.

This short film is inspired by ancient Chinese New Year legends. It tells the story of a girl who accidentally found the Nian beast on the mountain. The latter has been misunderstood for many years. But now, there is a chance to get things fixed.

‘Nian’ was shot by the director Wang Ziyi and the Hollywood production team, using the iPhone 12 Pro Max in cooperation with Apple.

Of course, ‘Nian’ is not only a New Year short film. We mean it is also a promotional film for Apple to ‘show off’ its flagship performance.

At the same time, a large number of low-light scenes show the strength of the iPhone 12 Pro Max and its new outsole wide-angle main camera.

Honestly, we have been thinking that they used an external lens to shoot this movie. But the behind-the-scenes short film shows that they only used a gimbal.

Next Telegram now supports transferring history from WhatsApp and other messengers