Microsoft has implemented a very useful feature in Windows 10 for smartphone owners. We are talking about the appearance of support for working with multiple Android applications at the same time in “Your Phone” application for Windows.

The function was implemented belatedly – during the announcement, Microsoft promised to launch it back in 2020. But better late than never. 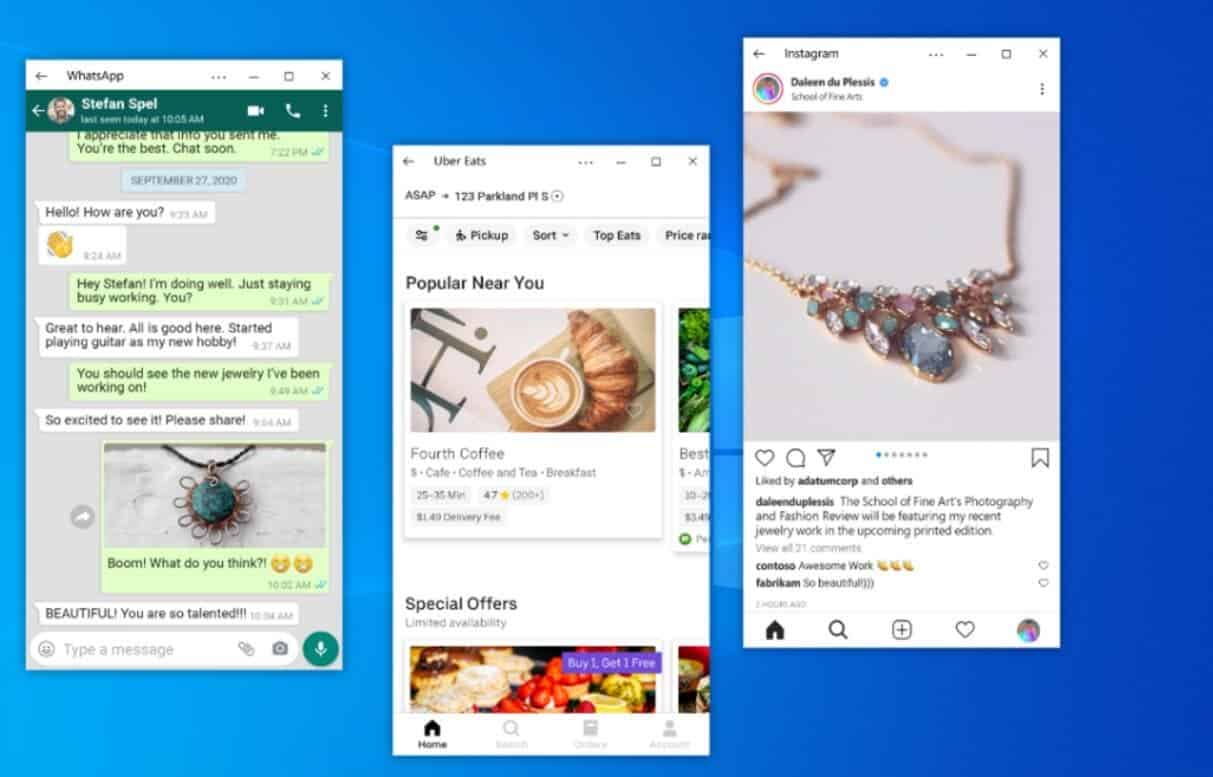 With the addition of support for several Android applications at the same time, the principle of operation remains the same, you can simply display more than one window on the PC screen.

As before, for now, all these functionalities only works with Samsung smartphones with the Link to Windows app.

Microsoft is currently finalizing its new Windows 10X operating system, with its first release expected in 2021. Meanwhile, screenshots began to appear on the network first, and then videos showing the OS interface.

Earlier demos used a traditional keyboard and mouse, but now you can see the OS control using the touch screen.

The video quickly guides viewers through the Start menu, settings and proprietary applications that differ from their counterparts in traditional Windows 10. It also shows multitasking and fast switching between applications.

The first single-screen Win 10X devices should launch before the end of 2021. Models with two screens should appear next year.

Windows 10X has an updated interface, starting with its most distinctive feature – an updated taskbar. On the taskbar, icons have been moved to the center, and the Start menu is now completely redesigned. Windows 10X also has a new Action Center with redesigned shortcuts. Windows 10X received a highly simplified file manager, the operating system launches all applications in full-screen mode.

The Windows 10X is a lite version of Windows that shouldn’t replace Windows 10 on desktops. It is designed for inexpensive laptops and tablets. The biggest problem with this version will be that it doesn’t support legacy Windows apps yet, which means you’re limited to Microsoft Store and web apps.

Win 10X will be available later this year.