As usual gaming smartphone brands such as Red Magic and Black Shark are moving to release their new 2021 contenders. What is unusual is the arrival of a new ROG Phone in the first months of the year. Apparently, ASUS will not leave space for the competition this year. It will bring the new ROG Phone much earlier than expected. For now, the device is known as ROG Phone 4. Apparently, the brand will skip the unlucky number “4”. We’ve been seeing a couple of teasers and leak revealing some details about the device. Today, we’re getting the best look at the device’s design and key specs thanks to TENAA certification.

The latest Republic of Gamers smartphone has just passed through China’s TENAA certification process. The listing is complete with key specifications and images. The ROG Phone 5, sports model number Ioo5DA which is familiar for the ROG Phone series.

Under the hood, the ROG Phone 5 will carry the Snapdragon 888 which isn’t a big surprise. Interestingly, the phone will pack a massive 6,000mAh battery. It will make use of a dual-cell technology with two batteries packing 3,000mAh capacity. It hints at super-fast charging technologies. We believe that the ROG Phone 5 will pack a 65W fast charging thanks to the 3C certification listing. The dual-cell application is the way companies are using to avoid damage with these crazily-fast-charging technologies. 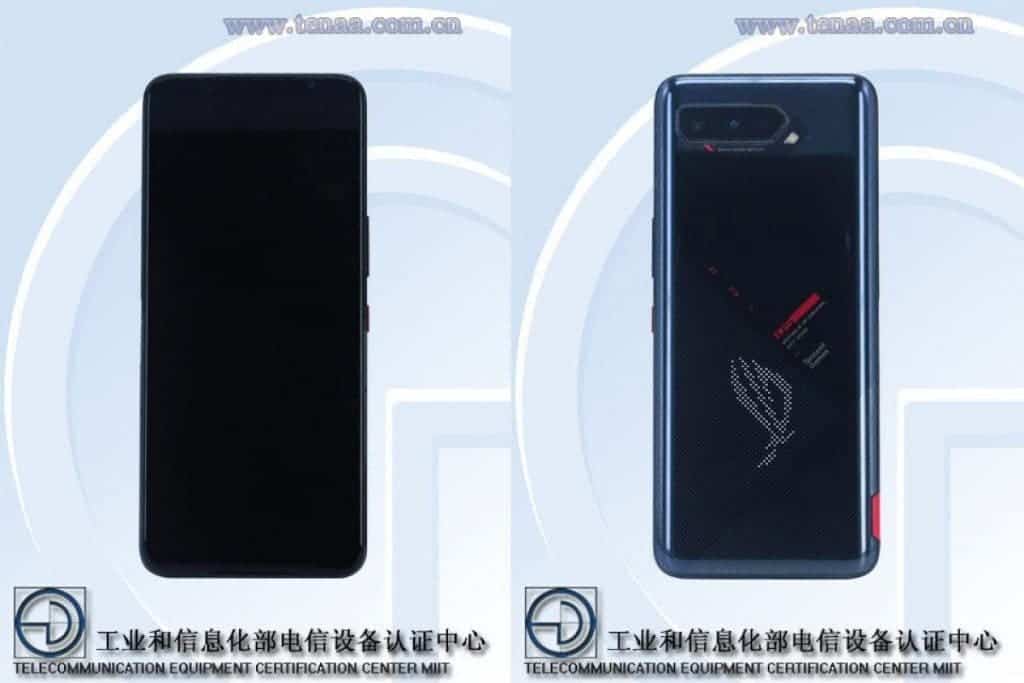 The ROG Phone 5 will pack a Triple-Camera on the back. We have a primary module with a 64MP resolution. The other two sensors probably are for ultrawide, and macro/depth sensing. We don’t expect many advanced cameras in a device that is clearly for gaming purposes. Interestingly, the backside of the phone will also pack a secondary display. According to a previously leaked teaser, this display will serve to show notifications and useful info.

The ROG Phone 5 flaunts a 6.78-inch AMOLED display with an in-display fingerprint scanner. Unfortunately, the certification does not reveal the actual resolution of the display. Since this is a gaming device, we have strong reasons to believe that it has an FHD+ resolution. While some 2021 flagships are betting on QHD+ displays, the FHD+ resolution will better fit gaming phones. After all, QHD+ resolution will stress the GPU more than FHD+, sacrificing some of the performance. With regular 1080p rendering, the phone’s GPU will be able to concentrate its power on games. Apart from the unspecified resolution, we know that it has a 144Hz refresh rate, meaning a smooth experience.

The device is expected to come sometime in April. It will compete directly with Red Magic 6 and Black Shark 4.

Next Xiaomi Mi A3 finally receives a safe Android 11 update