We knew that almost all major smartphone makers in China and outside of its borders will launch their own models powered by the most powerful chip of Qualcomm, the Snapdragon 888. Though Redmi is recognized as a part of Xiaomi, it operates independently. So Redmi was on the list as well. That’s not a secret that the company will release the next-gen Redmi K40 series. And that’s not difficult to guess at least one model from this line will sport the aforementioned chip.

This month, the Redmi K40 will hit the market. This is known to everyone. And today, two Xiaomi 5G digital smartphones with model names M2012K11AC and M2012K11C passed the 3C certification. We can’t get too much from these documents, but we know the series will come with 33W chargers.

According to information previously disclosed by Lu Weibing, vice president of Xiaomi Group, president of China, and general manager of the Redmi brand, the Redmi K40 will have a version equipped with the Snapdragon 888 processor and priced at 2,999 yuan ($ 464). 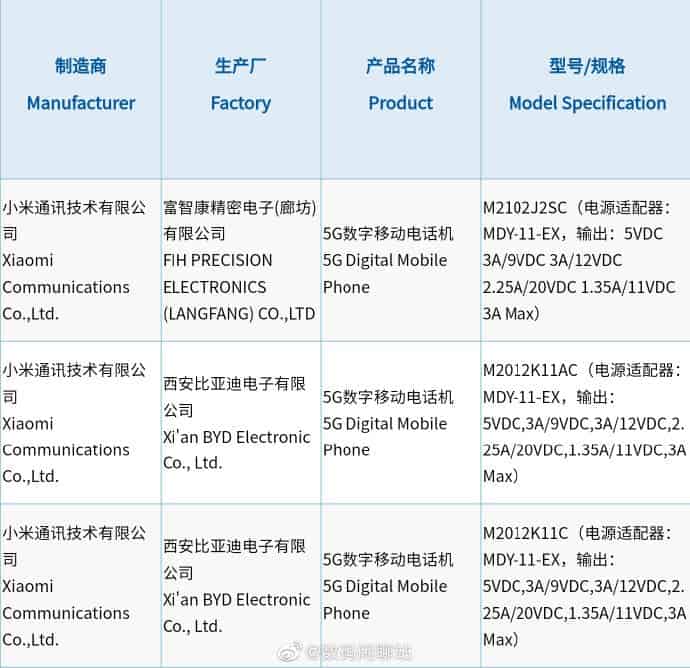 In addition, the Redmi K40 series will be equipped with a battery above 4000mAh. It will come with a straight screen design. The latter should be completely different from the predecessor. Moreover, the front camera of the machine has a hole of only about 2.8mm, which is the smallest proactive hole on the market. Thus, this handset will have an eye-catching frontal visual impact. On the back of the fuselage, the machine will continue the big-eye matrix quad-camera module similar to the previous Redmi K30S. The four camera sensors are arranged in a diamond shape, and the flash is located on the right side of the camera module.

Next Vivo S7t with Dimensity 820 5G SoC is official