Yesterday, we reported that Xiaomi’s CEO, Lei Jun, will have a press conference with Mi Fans today. At the conference a few hours ago, Lei Jun confirmed that the Xiaomi Mi MIX 4 will launch this year. Furthermore, he also revealed that the company will restart its infamous tablet lineup. Shortly after Lei Jun’s talk with Mi Fans, Wang Teng, Xiaomi’s product director also confirmed the report. According to him, a new MIX is coming this year but we will have to wait. 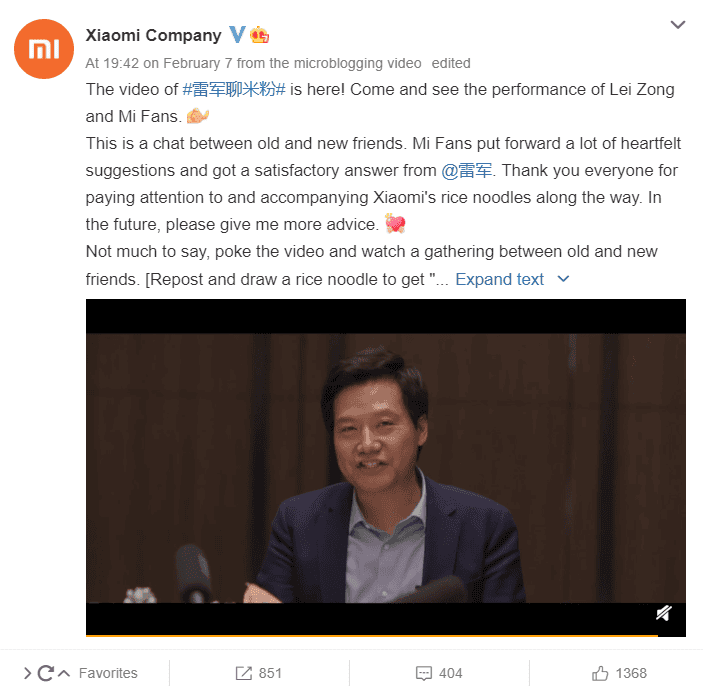 Before now, Xiaomi released two flagships annually, one in the digital series early in the year and another in the MIX series later in the year. However, since the release of the Xiaomi Mi MIX 3 5G in May 2019, the company has not released any other phone in this series. Thus, the Xiaomi Mi MIX 4 will be coming after a two-year lacuna in the series. As for the Xiaomi Tablet, the last Xiaomi tablet, Xiaomi Mi Pad 4 series was released in 2018.

Lei Jun also revealed in this conference that one of Xiaomi’s core strategies this year will be its smart-home goal. According to him, Xiaomi’s smart display will be in almost every home in China. This is the target of the company. It is currently accelerating its target by cooperating with real-estate developers, hotels, and other industries. This is necessary to accelerate its business advancement, facilitate installation services, and lower user experience thresholds.

In terms of service, Lei Jun said that he will further improve the professionalism of services. He also promised that he will increase the scale of the expansion of expert customer service. Furthermore, special improvements such as the distribution services of major appliances will be better in the future. For mobile phone design, Lei Jun revealed that there will be more ceramic and other craft designs this year.

According to Lei Jun, Xiaomi is working hard to improve the friendliness of Xiaomi mobile phones to the female community. The company is working to improve the lightness and beauty and the Xiaomi Mi 11 is a good response. In the future, Xiaomi phones will not be purely feminine, but they will meet female demands.

A few days ago, there were questions if Xiaomi’s upcoming tablet will support a pen. Xiaomi’s official Weibo account replied, “In Arrangement”. This suggests that the upcoming Xiaomi Tablet (Xiaomi Mi Pad 5 tentatively) will support a stylus. Xiaomi has never released any tablet that supports a stylus.

Previous Will We See Apple Car and Xiaomi Car Ever? Everything You Should Know

Next iPhone 12 interferes with the cardiac medical equipment - be warned