Infinix may be a new name for global customers, however, it belongs to a huge conglomerate of companies dubbed Transsion Holdings. Transsion is also the owner of other brands like Tecmo and itel. These brands have been focusing in the Asian and African markets for the past few years, but in 2020, Transsion decided to push smartphones for global markets. We saw very interesting devices coming such as the Tecmo Camon 16 and the Infinix Zero 8. Back in August last year, the company unveiled the Infinix Smart 5 and now is bringing it to the Indian market. However, it’s not the same device released last year, but a rebranded Infinix Hot 10 Play.

The Infinix Smart 5 flaunts a 6.82-inch IPS LCD with HD+ (1440 x 720) resolution. It also sports a waterdrop notch that serves as a house for an 8MP selfie snapper. Moving around to the back, the handset has a large camera island. However, this is mostly for visual appeal. After all, it only has a 13MP camera and an unspecified low light sensor. The remaining cutouts are for the LED Flash and an AI logo. The back panel also serves as a house for the fingerprint scanner. The rear has a textured design and reflective pattern.

Under the hood, the phone brings a MediaTek Helio G25 SoC. This particular chipset has eight Cortex-A53 cores clocked at up to 2.0GHz, for graphical tasks it has a single-core IMG PowerVR GE8320 clocked at up to 650MHz. The phone comes in variants with 2GB or 3GB of RAM. When it comes to storage, it has only 32GB no matter the RAM option you select. Thankfully, you can easily expand this amount via the microSD card slot. 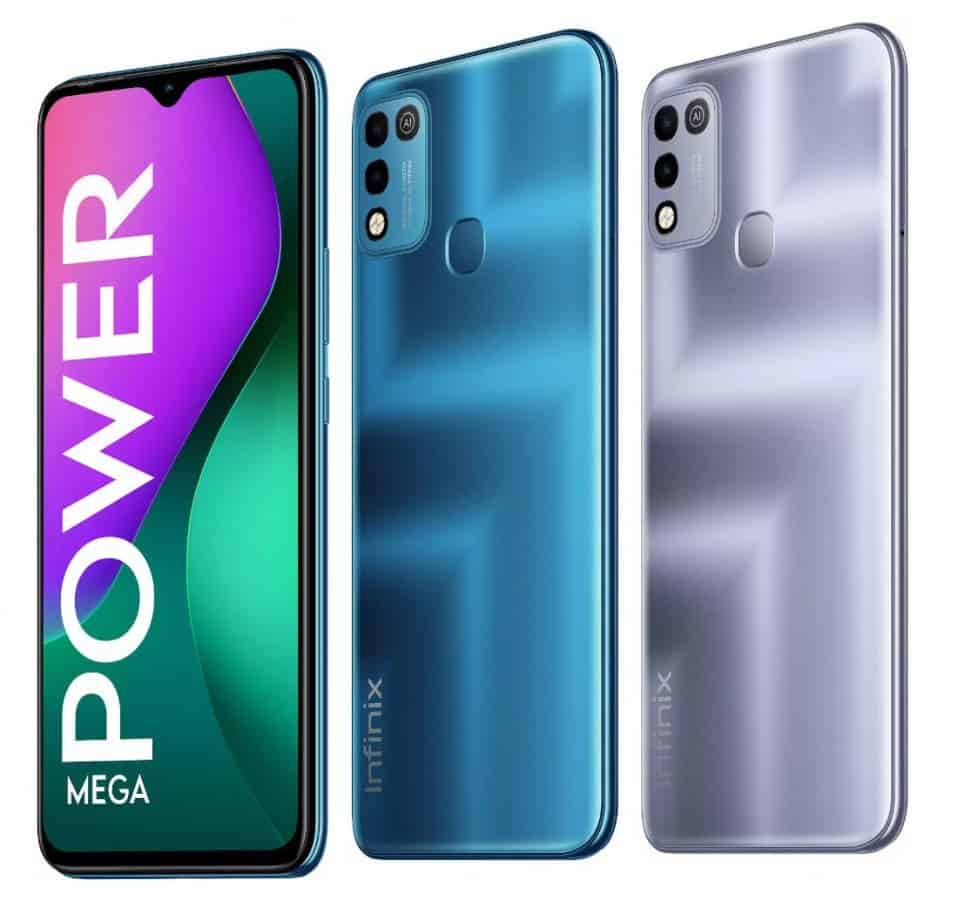 The Infinix Smart 5 draws power from a beefier 6,000mAh battery. Unfortunately, you will take several hours to charge this device due to the micro USB port limitation. On the software front, the handset brings Android 10 Go. Not a big surprise at this point, after all, Google didn’t release Android 11 Go yet. Although this is Android Go, Infinix still has found space to put its XOS 7 skin on top of the underlying Android firmware.

The Infinix Smart 5 is available in Green, Black, Blue, and Purple colorways. The retail price is set at INR 8,999 ($123), however, initial sales will come with a 20$ discount. So early birds will be able to get this device for $98. The first sales will start on February 18.