Oppo established its name in the flagship segment thanks to the Oppo Find X2 series last year. The devices didn’t come with a revolutionary pop-up camera mechanism, but still were solid flagships that were on par with other devices in the segment. For this year, Oppo is preparing a new batch of flagships under the Oppo Find X3 series that will compete with the likes of the Mi 11 and S21 series as well as other flagships set to come. According to rumors, the brand will announce the Oppo Find X3 and Oppo Find X3 Pro in March. Today, the global edition of the X3 Pro was spotted on IMDA certification.

According to leaked info, the Chinese Oppo Find X3 Pro has the model number PEEM00. The global variant will have a very distinct model number – CPH2173. This particular model was spotted at the Geekbench benchmarking platform recently. Since its first appearance, more certification listings started to surface suggesting the device’s launch in multiple markets across the world. Today, the variant received certification from Infocomm Media Development Authority (IMDA). The listing has confirmed that this handset will be arriving in global markets as the Oppo Find X3 Pro.

Unfortunately, IMDA certification does not bring additional devices about the flagship’s specs. However, it mentions that the device will come with connectivity features such as 5G, VoLTE, Wi-Fi, Bluetooth, WPT, and NFC. The device also passed by HTML5 test which only suggests that the device will run Android 11. The handset is seen with a test resolution of 360 x 804 pixels on the HTML5 benchmark. However, this is far from being the reality. According to rumors, the Pro variant will have a QHD+ resolution. The OPPO Find X3 Pro already passed by other certification authorities such as Indonesia’s TKDN, FCC, and the Global Certification Forum.

According to rumors, the Oppo Find X3 Pro flaunts a 6.7-inch OLED display with curved edges and punch-hole. It will have 3,216 x 1,440 pixels of resolution and an adaptive refresh rate of 10Hz to 120Hz. The panel also has a 10-bit color depth and 525 PPI. The rear will have ceramic glass or matte-frosted glass. We expect blue, black, and white colorways. However, Oppo may bring back its Orange and Green variants with a leather-like finish.

For now, there is still no information about the front-facing camera. Moving around to the rear, we have a primary Sony IMX766 50MP unit paired with another IMX766 50MP ultra-wide shooter. The setup will also bring a 13MP telephoto sensor with 2x optical zoom, and a 3MP macro camera with 25x zoom. This camera setup has a unique design as leaked renders suggests. 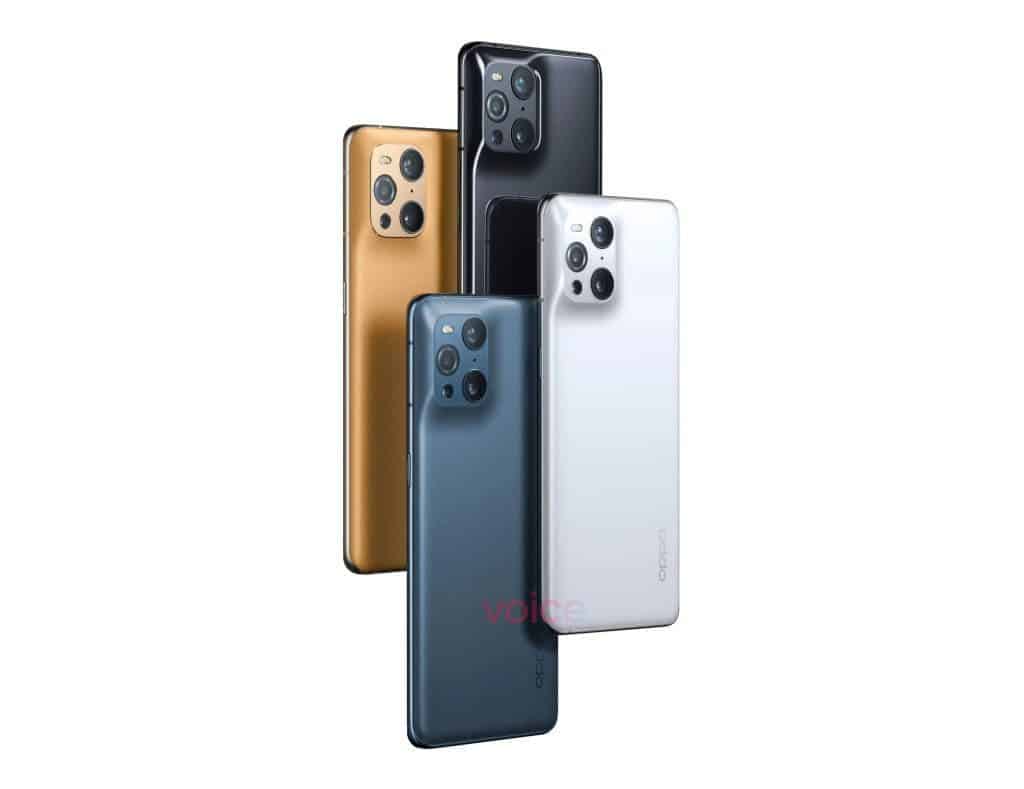 Under the hood, we have the Snapdragon 888 SoC. The phone will bring a 4,500mAh battery with up to 65W fast-charging thanks to SuperVOOC 2.0 tech. It is also said to come with 30W VOOC Air Wireless Charging. Unfortunately, there is no word on the pricing of the device. The Find X3 series will bring this Pro variant, a vanilla version, a Neo and Lite variants.

Previous ROG Phone 5: Another version with a rear-mounted screen surfaces at TENAA

Next Infinix Smart 5 goes official in India with 6000mAh battery