Samsung has revolutionized its lineup of mid-range phones with the arrival of the Galaxy A and M-series. After two successful years, the brand is set to start in 2021 with new additions for its most successful lineups. The better form to start 2021 for the Galaxy A-series is to bring new entries for the lineup’s biggest hits. Based on this, Samsung is set to release the Galaxy A52 which is coming in 4G and 5G variants. A couple of days ago, an extensive leak revealed most of the Galaxy A52 5G specifications. Today, it’s time for the Galaxy A52 4G to make an apparition in the headlines.

Today, we have the Galaxy A52 4G specifications alongside the price in the Vietnamese market. The device may cost between 9.3M to 9.5 Million VND, this is roughly around $405~$410 and €335~€340. Under the hood, the device will pack the Qualcomm Snapdragon 720G chipset. This chipset debuted last year in devices such as the Realme 6 Pro and Redmi Note 9S/9 Pro. It is an Octa-Core chipset with two Cortex-A76 cores alongside six Cortex-A55 power-efficient cores. This chipset is slightly below other offers in the SD7xx family but is way better than anything in the SD6xx family. The Galaxy A52 4G has 8GB of RAM and will run Android 11. We assume that it has One UI 3.0 running on top. In the best scenario, Samsung will bring it with the latest One UI 3.1 skin. 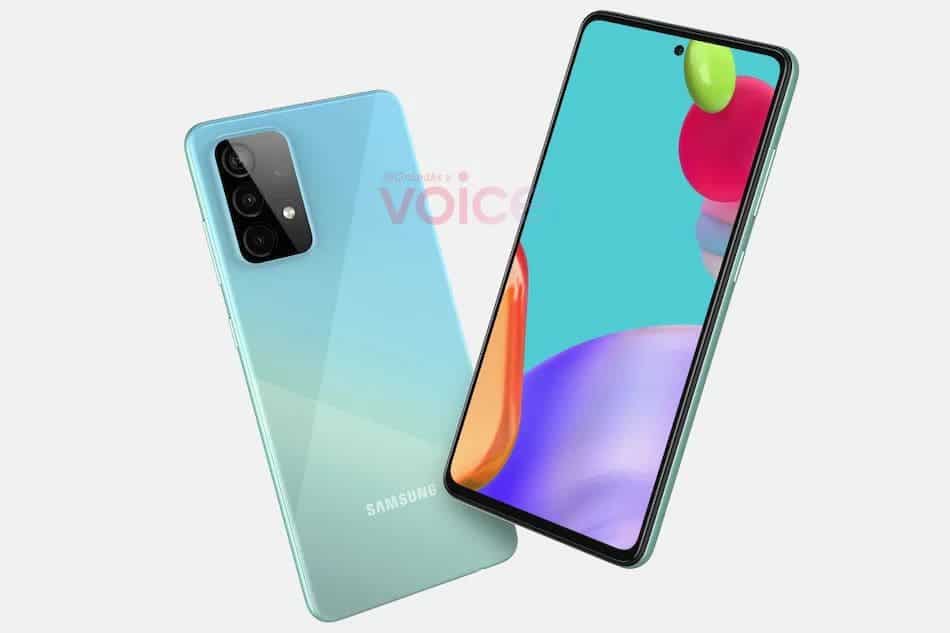 The device will have 128GB of Internal Storage and will support expansion thanks to a microSD card slot. Moreover, it flaunts a 6.5-inch Super AMOLED panel with FHD+ resolution. Unfortunately, it comes with the standard 60Hz refresh rate. The panel has a center-aligned cutout that serves as a house for a 32MP selfie shooter. Moving around to the back, we have a Rectangular island serving as a house for a triple-camera array. It comprises a 64MP primary camera, 12MP ultrawide sensor, and two 5MP units presumably for macro and depth sensing.

The Galaxy A52 4G will draw power from a 4,500mAh battery with 25W fast-charging. As we can see, Samsung is finally improving its game when it comes to fast-charging technology. The device will come in four colorways – Blue, Lavender, White, and Black. According to the report, the new handset will reach Vietnam in the last week of March. It will compete with the Oppo Reno5 4G which has the same chipset. The leak reveals info about Vietnam’s launch, however, we assume that the device will also hit other regions on the same date.

Next ROG Phone 5: Another version with a rear-mounted screen surfaces at TENAA