In 2020, Huawei officially launched the Huawei Puffin Smart Camera Pro series. As the first camera to support Harmony OS distributed technology, the product won consumers’ hearts immediately. Previously, the 32GB version was priced at 299 yuan ($46). Now, the 64GB version is officially on sale at a price of 399 yuan ($62).

Unlike the 32GB version, the 64GB model is upgraded to support 360° infinite tracking. It also adopts exclusive patented technology, breaking through the limit of rotation angle. This camera also supports fixed-point dual cruise at fixed time. It can set panoramic drawing and 6 frequent viewing positions.

In terms of configuration, the Huawei Puffin Smart Camera Pro uses Huawei HiSilicon’s self-developed chip and runs on the Harmony OS. At the same time, it can boast of technologies such as Huawei’s HiLink ecological chain support. Thus, you can link it with devices such as smart TVs.

There is a 3MP super-sensitive CMOS, which supports 2K video recording, and automatically cuts into infrared night vision in extremely low light environments.

In addition, the device has a built-in large-capacity eMMC storage. So you do not need to buy a memory card. Relying on OTP encryption technology, one device with ensures storage security. 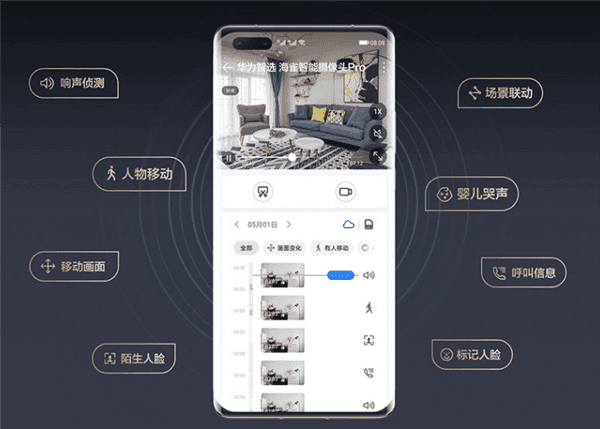 Of course, the best feature of this camera is the monitoring function.

Among them, the AI ​​crying detection function works with the AI ​​voice recognition algorithm. It can accurately identify the baby’s crying, record and push warning messages to the smartphone or smart screen in time to reduce the risk of accidents.

It is worth noting that Huawei has also added a variety of user-friendly functional features to the camera, such as one-button video calls, NFC one-touch speed distribution network, multiple channels on the same screen, voice assistant and so on.

Next Samsung Galaxy A52 4G specs and price surface

Nokia Is Faithful To Android OS: No Harmony OS On Nokia Phones At The Moment