Samsung kicked the doors of 2021 with the launch of its highly-anticipated Galaxy S21 series. However, the trio of flagships, while appealing, isn’t the one bringing the boldest number for the company. The Korean firm has a huge portfolio of mid-range phones that are behind the largest portion of the company’s market share. The brand is already moving on to release a bunch of new mid-range phones. It started with the Galaxy F62 today, but the month may also bring other devices such as the Galaxy M62, Galaxy A32 4G. The duo of devices has appeared on the Samsung India support page not long ago. Today, it’s time for the Galaxy A12 to join the gang. The device starting the Galaxy A-series already has its own support page and even its user manual has leaked suggesting an imminent launch in India.

According to the support page, the Samsung Galaxy A12 will have a 4GB of RAM variant in India. According to a reliable tipster, a new phone will come to India with a 48MP main camera alongside other three sensors, presumably for ultra-wide, macro, and depth footage. The tipster, Mukul Sharma, also stated that the phone will be priced below INR 15,000 (~$206) in the country. While he didn’t reveal the device’s name, he is most likely talking about the Galaxy A12.

The Galaxy A12 is already a reality in a couple of markets including Singapore, Malaysia, and South Korea. It flaunts a 6.5-inch display with HD+ resolution and an Infinity-V cutout that serves as a house for the 8MP selfie snapper. Under the hood, the phone draws its power from a MediaTek Helio P35 chipset. It’s not the latest chipset available but it is on par with newer models such as the Helio G35 SoC. The device has plenty of variants with 3GB, 4GB, and even 6GB of RAM. Storage-wise, users have 32GB, 64GB, and 128GB, depending on the RAM amount. Of course, you can use a microSD card to expand the storage. 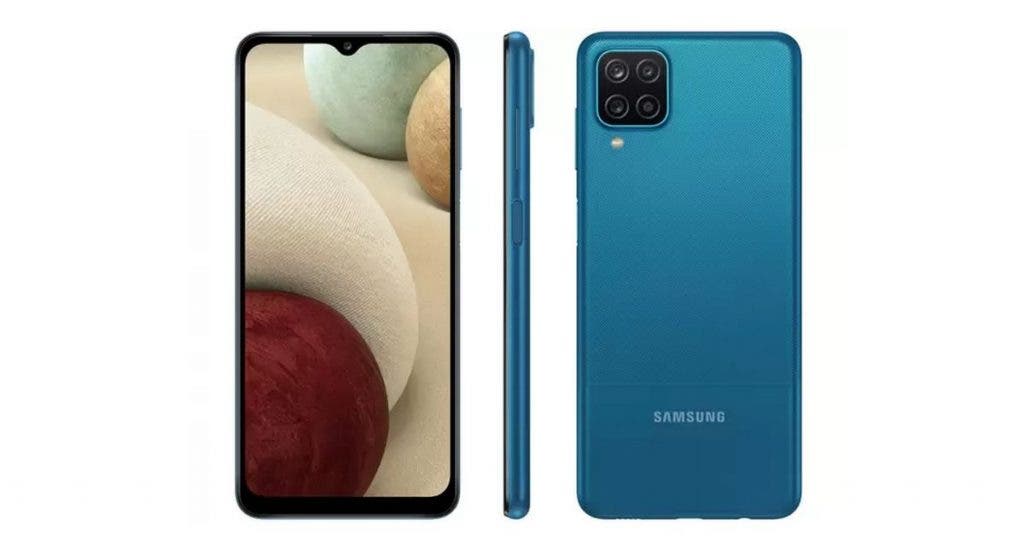 On the camera department, the phone does come with a 48MP primary camera, a 5MP ultrawide lens, a 2MP depth, and a 2MP macro lens. The phone Galaxy A12 draws power from a 5,000mAh battery with 15W fast-charging. Other specs include a side-mounted fingerprint scanner, USB Type-C port, 4G LTE, and a 3.5mm headphone jack. The device reached the market in December 2020 with Android 10 OS, but we assume it will get Android 11 at a later date