Smartphone manufacturers have created several solutions to solve the problems associated with the front camera. We have already seen notches, all sorts of drop-shaped and V-shaped cutouts, pull-out modules and flip modules. Now the Chinese company Oppo has come up with a completely new idea.

According to LetsGoDigital, The development has received a patent from the World Intellectual Property Organization (WIPO). At the end of January, a multi-page application documentation was published in the database. 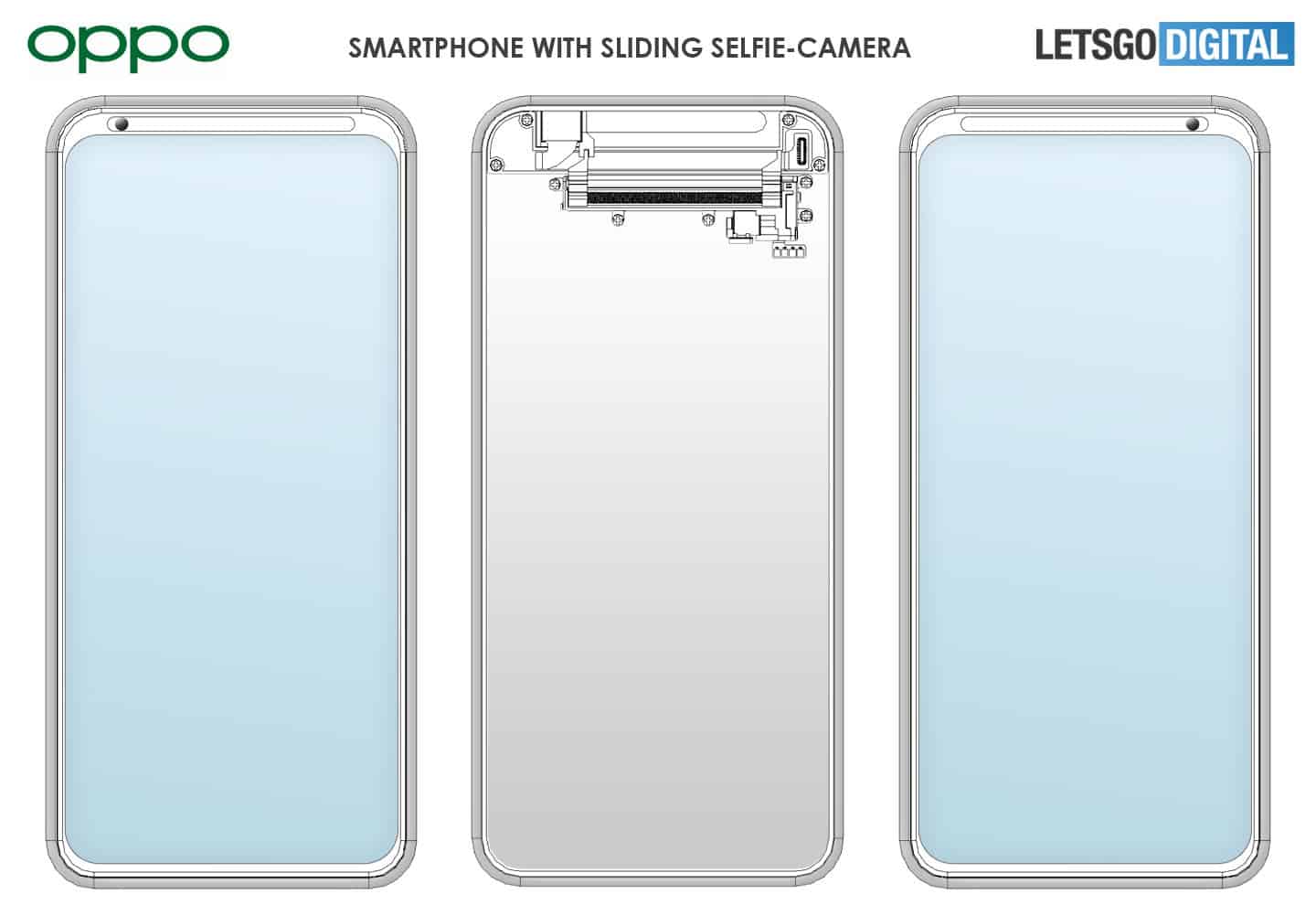 The design does not solve the problem with the available screen area, but is working to improve the quality of images – the user of such a smartphone will be able to take selfies from different angles. To do this, the camera module is moved with a special motor to the left and right along a special recess in the body.

By default, the camera is fixed in one position. When you turn on the camera, it can be moved to the desired position, the process is fully automatic. By moving the camera, the user gets the opportunity to better build the composition and take pictures from different angles. For example, you can take a photo at an angle when the user is looking straight ahead.

In addition, the documentation mentions the possibility of using a similar design for the main camera on the rear. This will make the smartphone “ideal” for panoramic photos.

Oppo can use its development in the Oppo Reno series of smartphones, in which unusual form factors are encountered. For example, the Oppo Reno2 uses a shark fin-shaped retractable camera.