Realme is the world’s fastest smartphone brand for another year. In a bid to keep momentum, the brand is gearing up to introduce a bunch of new handsets this quarter. The list includes the highly-anticipated flagship Realme GT 5G, and the Realme Narzo 30 series. The latter consists of the Realme Narzo 30 Pro 5G and Realme Narzo 30A. These devices will go official alongside the new Realme Buds Air 2 TWS earphones on February 24.

Realme Narzo 30A will come with MediaTek Helio G85 SoC

According to GeekBench Benchmark, the Realme Narzo 30A will pack the MediaTek Helio G85 chipset. This is the same chipset that gives power to the Realme Narzo 20, which is sold as Realme 7i in Europe. It reveals that Realme is going full Mediatek with its Narzo 30 series. The Realme Narzo 30 Pro will also come with a chip from the Taiwanese maker – The Dimensity 800U. It will give the phone’s ability to surf through fifth-gen networks. 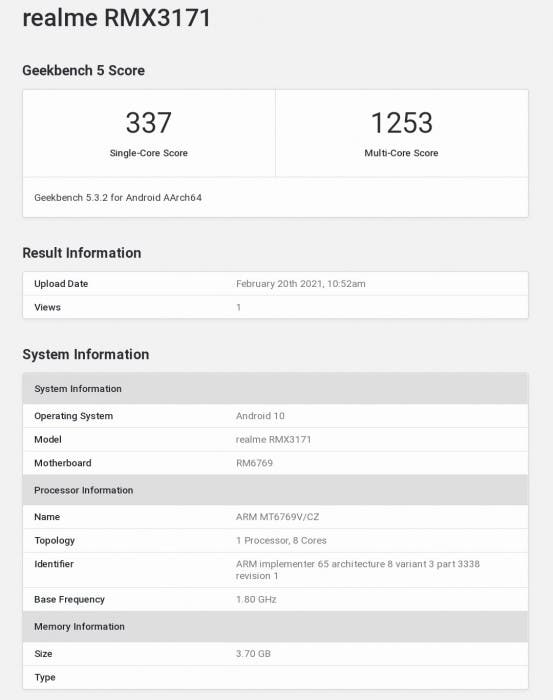 Coming back, the Realme Narzo 30A passed by Geekbench with RMX3171 model number. The phone’s processor is paired with 4GB of RAM and Android 10 OS. Well, the Android version is quite controversial at this time. Hopefully, the device will come with Android 11, and Realme UI 2.0 will be running on top. The handset scores 337 points in the Single-Core tests and 1,253 points in the Multi-Core department. Other specifications remain a mystery but we are expecting an FHD+ LCD and a large battery to complete the Narzo 30A package of specs. The handset will have a Triple-camera setup sitting on a squarish camera island. It is also expected to come with a side-mounted fingerprint scanner. 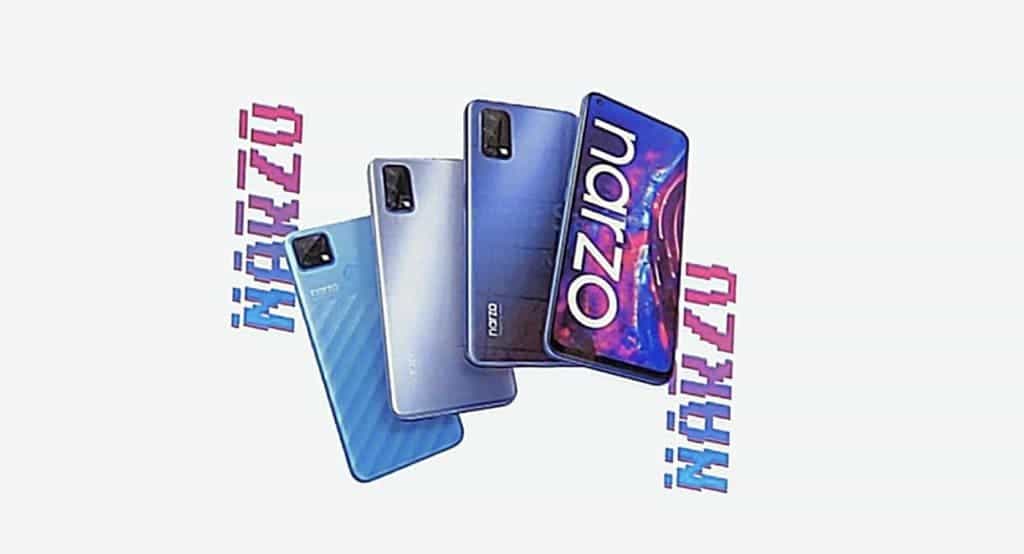 As far as the Realme Narzo 30 Pro is concerned, the higher model will have a 6.5-inch FHD+ display with 120Hz and a 180Hz sampling rate. The handset also has a side-mounted fingerprint scanner, a 5,000mAh battery, presumably with 65W fast-charging.

Realme is yet to disclose the specifications of the device, thankfully, we will not need to wait much longer.

Previous Why Was Sliding Full-Screen Design Canceled By Manufacturers?

Next Best Photo Editing Apps for Android and iOS