POCO had a rough start in 2021 in terms of relevance due to its rebranding-strategy. While their devices sold well, they were mere Redmi rebrandings and that wasn’t enough to satisfy all POCO fans conquered by the Pocophone F1. However, in September the brand unveiled its first original phone in the form of POCO X3 NFC. The device brought a nice set of specifications, a gorgeous 120Hz display at a low price tag, and was a hit. Some months later, the brand unveiled the POCO M3 which also is an original phone. The POCO M3 comes for the low-end segment, but also offer impressive specs for its price. The device went official in India early this month, and according to reports can be considered another of the POCO hits in the country.

The POCO M3 price in India starts at INR 10,999 and the device is available in two storage variants. Interestingly, the Indian market is the only one with a 6GB RAM variant. Today, POCO announced that it sold over 250,000 units of the POCO M3 in India. The brand achieved the milestone within two weeks of the smartphone’s first sale. The brand also hosted a special Hello Yellow sale for the POCO M3 “Poco Yellow” colorway. With that impressive amount of sales, we won’t be surprised to see the device crossing the 500,000 marks in a couple of months.

For those unaware, the POCO M3 is a budget smartphone with decent specs such as a Qualcomm Snapdragon 665 and a huge battery. The device flaunts a 6.53-inch FHD+ display with a waterdrop notch on top serving as a house for the front camera. This panel has a Corning Gorilla Glass 3 and WideVine L1 certification. The only downside is that this is a standard 60Hz display. 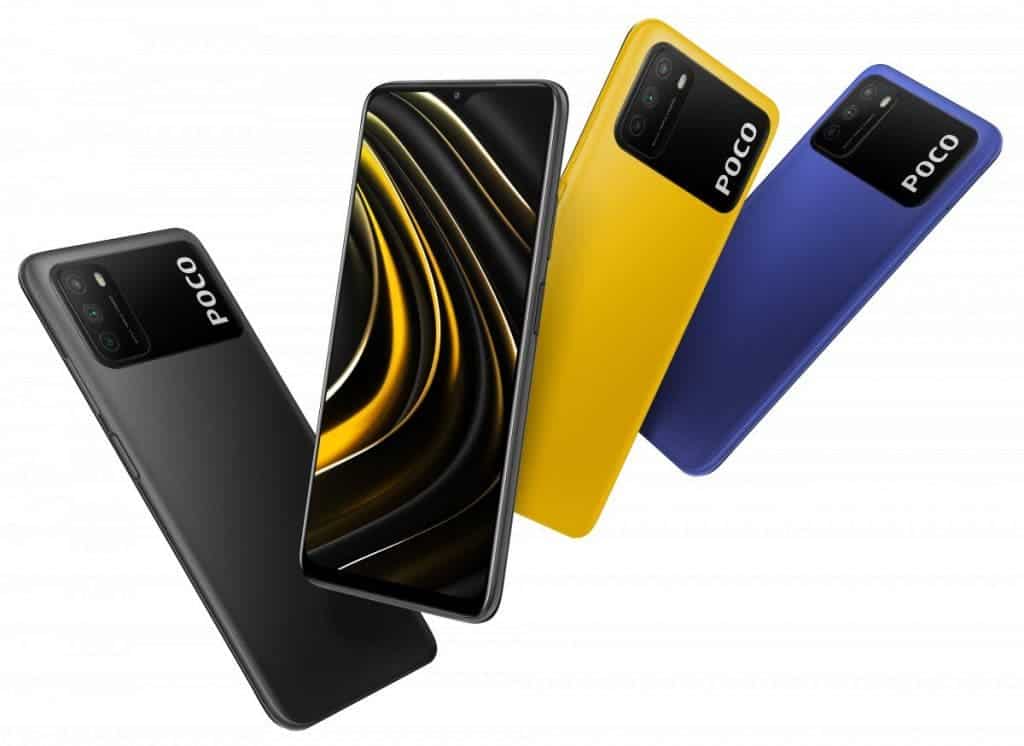 Under the hood, the phone features an Octa-Core Qualcomm Snapdragon 662 chipset. It is paired with 6GB LPDDR4X RAM and up to 128GB UFS 2.1 / 2.2 internal storage. As we mentioned above, it has a beefy 6,000mAh battery with support for 18W fast-charging over a USB-C port. The camera department has a Triple-Camera setup. It comprises a 48MP primary sensor that comes alongside a 2MP depth sensor and a 2MP macro lens. The only major downside in the camera department is the lack of an ultra-wide camera. For those who need an ultra-wide sensor, Xiaomi’s Redmi 9 Power stands as a better choice.

The POCO M3 runs Android 10 with MIUI 12 running on top. We assume it is eligible for an Android 11 update.