Samsung has filed with the Patent and Trademark Office a document describing a new smartphone, the top panel of which can move in one axis in two directions. It could be the upcoming Samsung Galaxy A82 smartphone. 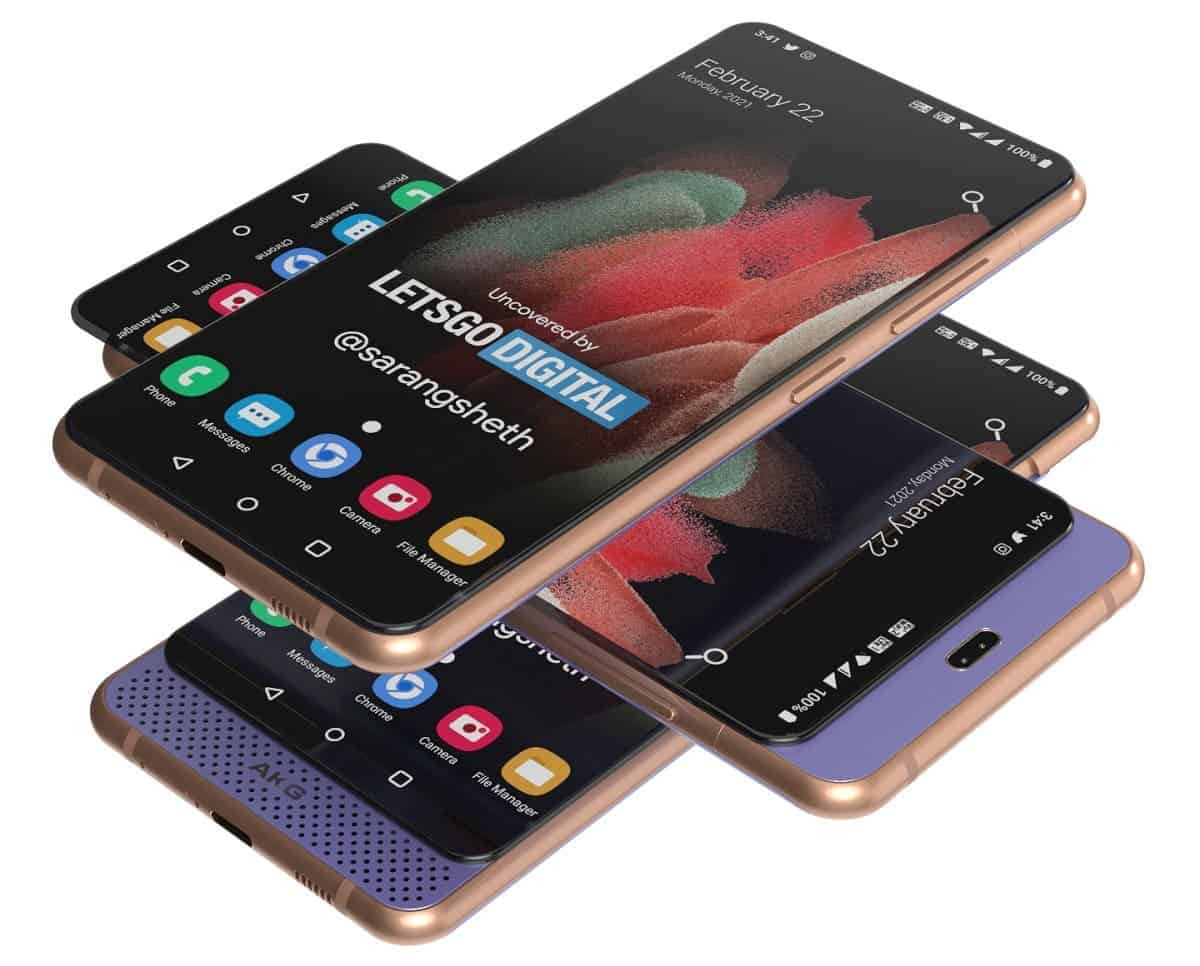 When folded, the smartphone looks like a regular smartphone, but if you move the top panel down, then users will have access to the front camera. If you slide the screen up, you will find a large speaker tuned by AKG specialists. 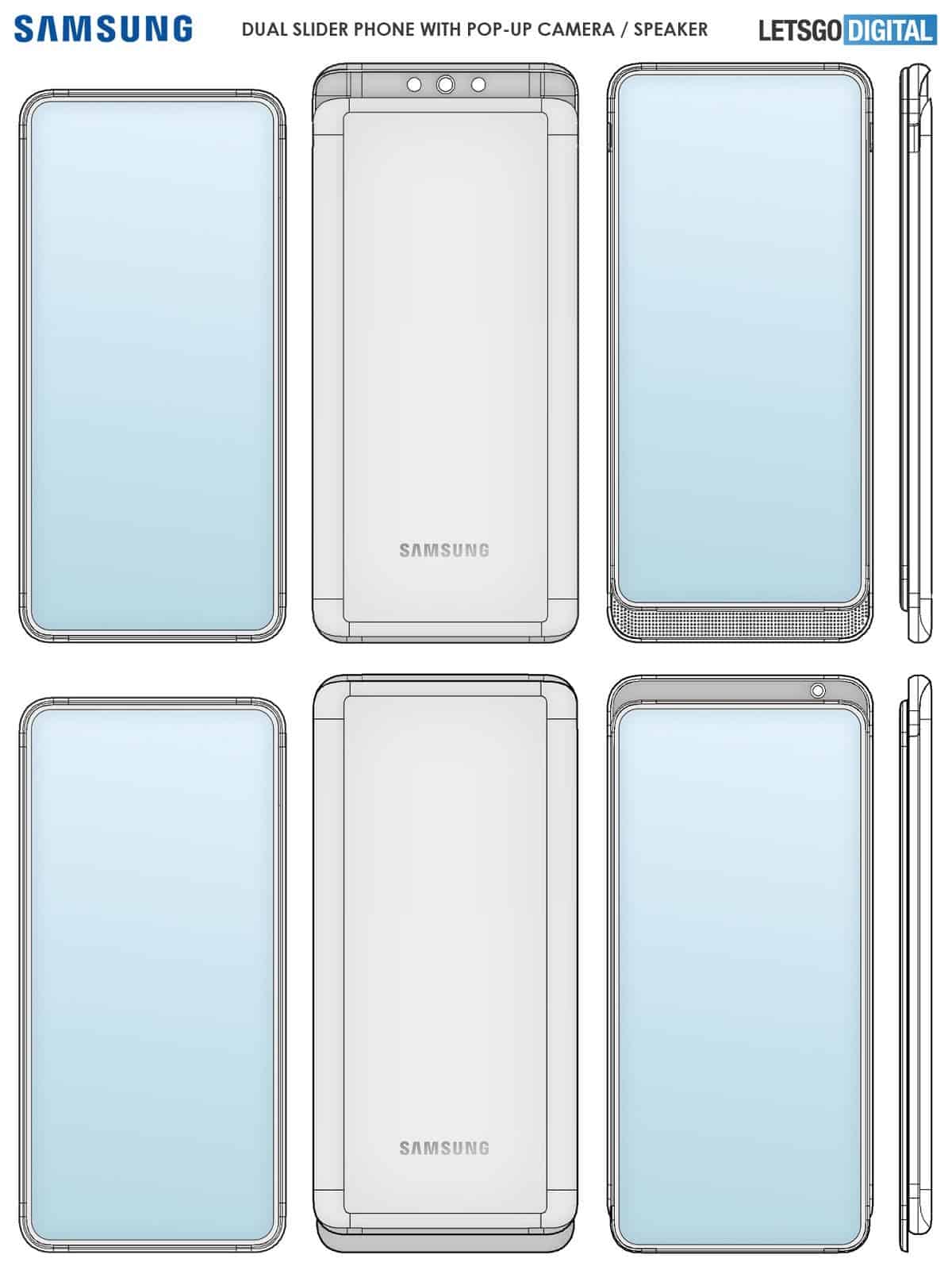 Using the patent images, designer Sarang Sheth has partnered with LetsGoDigital to create a series of renders of the device that is slated to hit the market as the Samsung Galaxy A82. 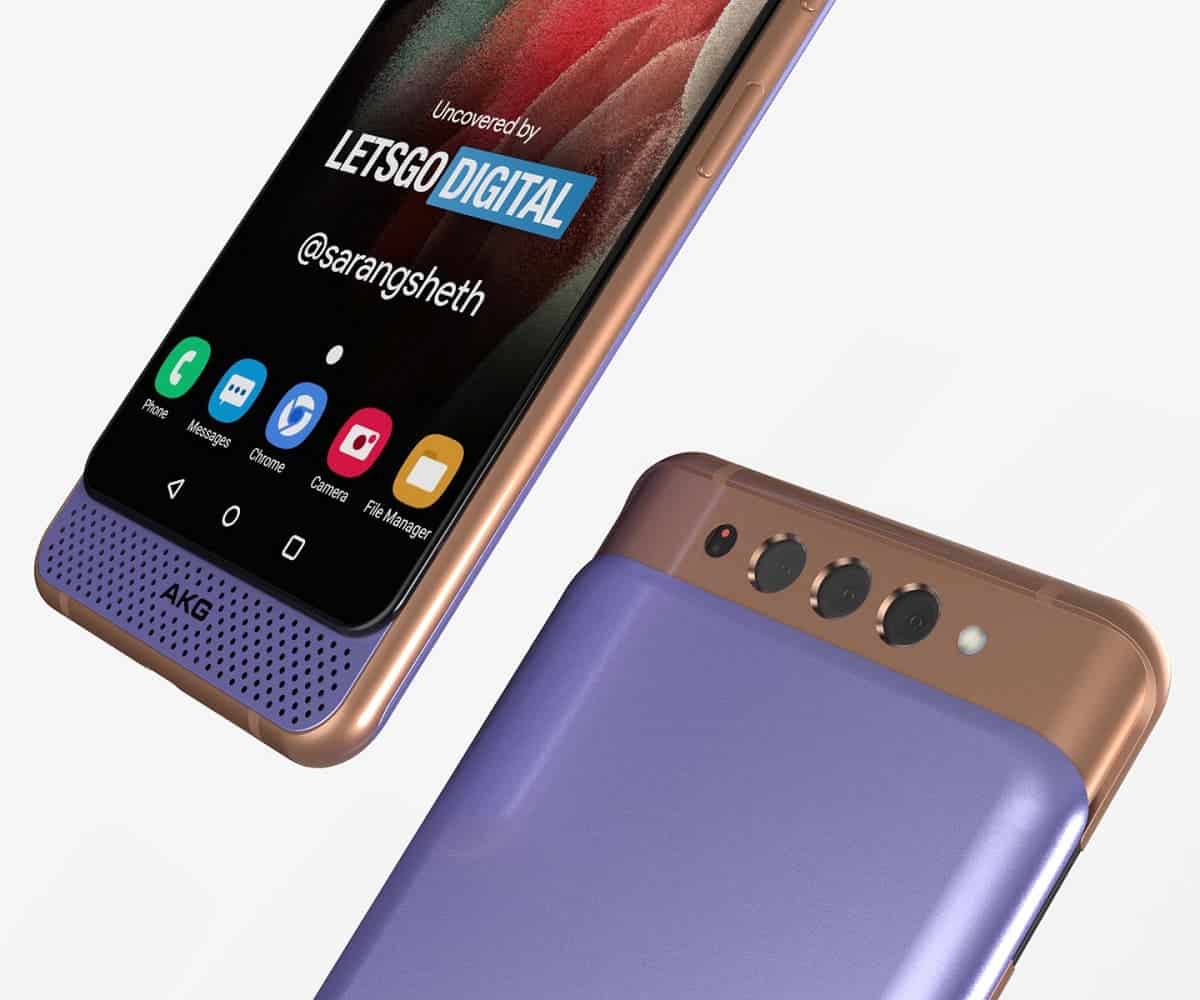 Recall that the Samsung Galaxy A80 presented in 2019, has received a unique design of the camera, which pushes up and rotates. This made the top bezel of the screen very narrow. 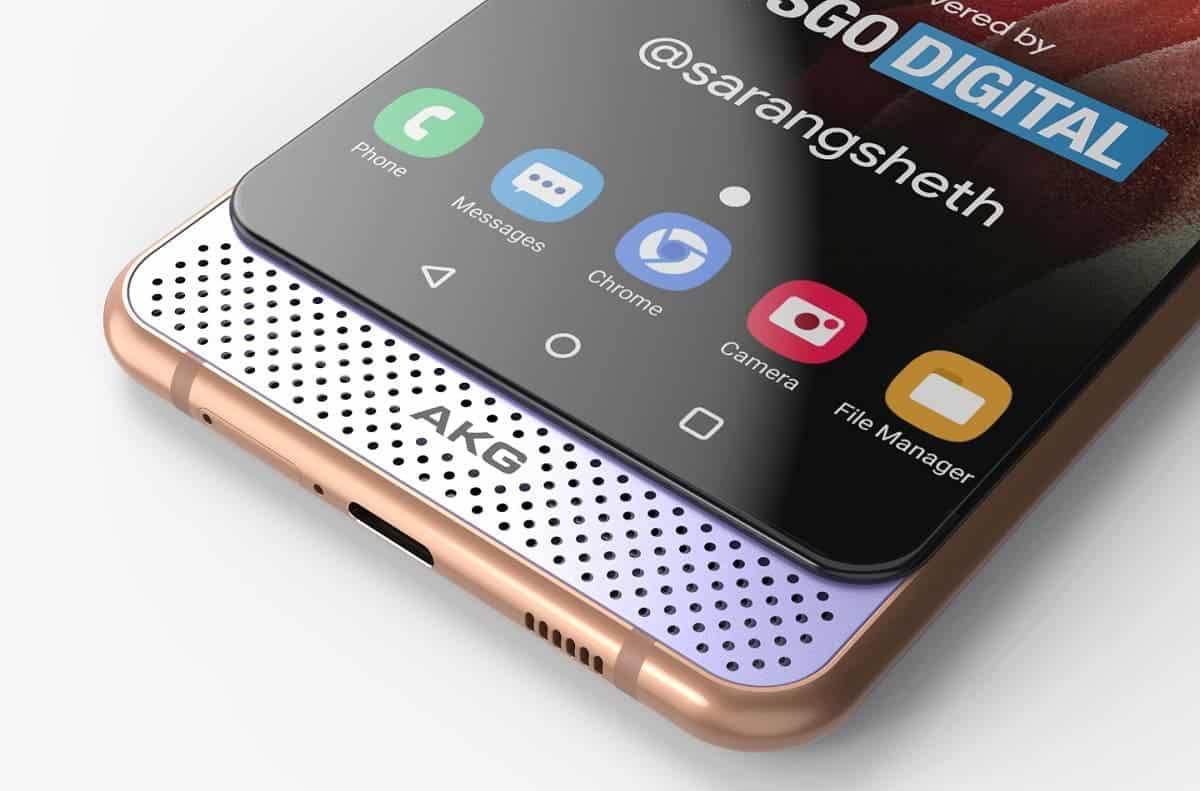 The Samsung Galaxy A81 smartphone, contrary to rumors, never appeared. This year Samsung, according to the source, will release the Samsung Galaxy A82 with such a unique design, but for now, the information should be regarded as ordinary rumors.

Previous Xiaomi Mi Smart Band 6 is approved outside of China

Next Upcoming Galaxy Watch might come in both Tizen and WearOS versions!