Today, we had the first official look at the upcoming Meizu 18 and 18 Pro. The company released the first official render of these devices and we can’t help but notice some features. Firstly, these smartphones will come with a curved-screen. Furthermore, it will use a punch-hole display but the hole will be at the center. Also, we can see that this device will use an on-screen fingerprint sensor. Of course, the curved-screen gives room for completely bezel-less edges and the bezels on the top and bottom are ultra-thin.  In another Weibo post, the company announced that this series has commenced appointment.

According to Meizu, the appointment is active on Meizu Mall, Meizu Stores, Tmall, JD.com, Suning.com, etc. The company will release the Meizu 18 series 5G dual flagships at 14:30 on March 3 at Zhuhai Grand Theater. The official teaser reads

“Lightweight to the left, extreme to the right. Meizu 18, light and subtle, control the audience. Meizu 18 Pro, pure and ultimate.” 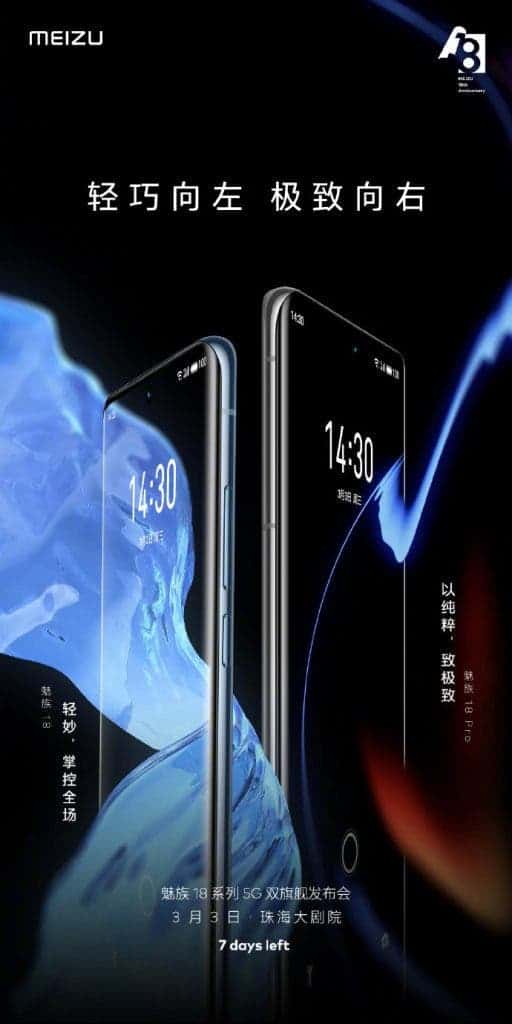 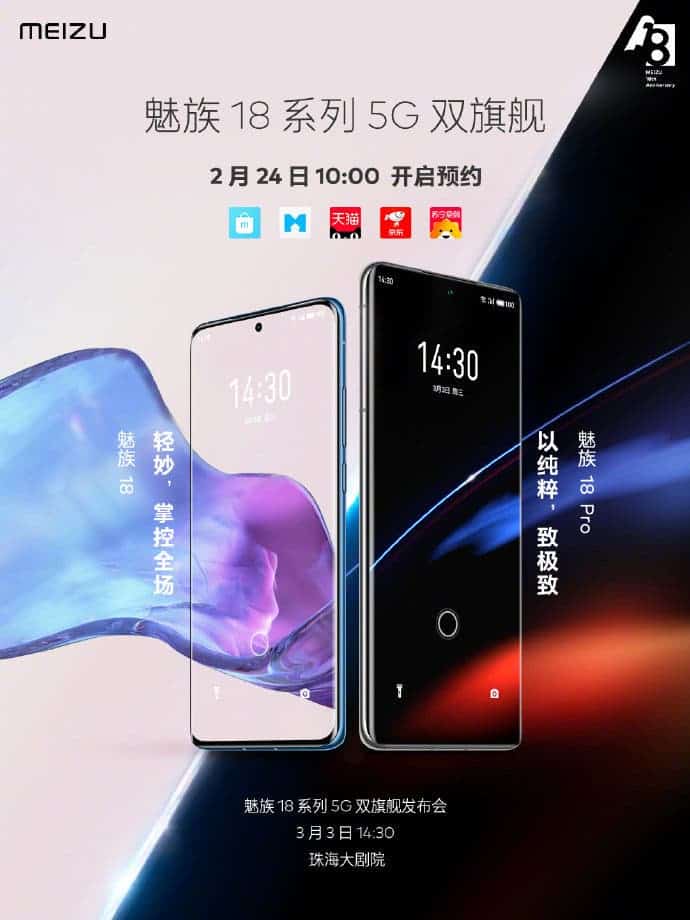 In addition to the Snapdragon 888 / 870 SoCs, this series will use a 120Hz Samsung E4 OLED display with FHD+ resolution. The phone will also come with a small punch-hole design. As for the price, it appears that this device will be affordable.

In the past few years, mobile phone upgrades are mainly in three aspects: screen, processor, and camera. This year, the FHD+ 120Hz E4 screen will become mainstream. The shortcoming of Meizu mobile phones may be in the camera department. Many manufacturers now use custom sensors and outsole flagship sensors. Only Meizu still uses the public version flagship sensor IMX686. As of now, we do not know if Meizu will upgrade the camera.