Xiaomi started its 2021 season before the end of the year. The brand unveiled the Mi 11 in December 2020 in order to ensure the first batch of Snapdragon 888 and become the world’s first smartphone maker launching a flagship with that SoC. Now, however, the brand is set to expand the lineup with a Pro, Ultra, and even a Lite model. We expect the Mi 11 family to grow exponentially in the next few months. Apparently, one of the first devices coming will be the Mi 11 Lite. It has leaked in a bunch of renders before. Today, however, we are looking at some live images, which corroborate with previous leaks. 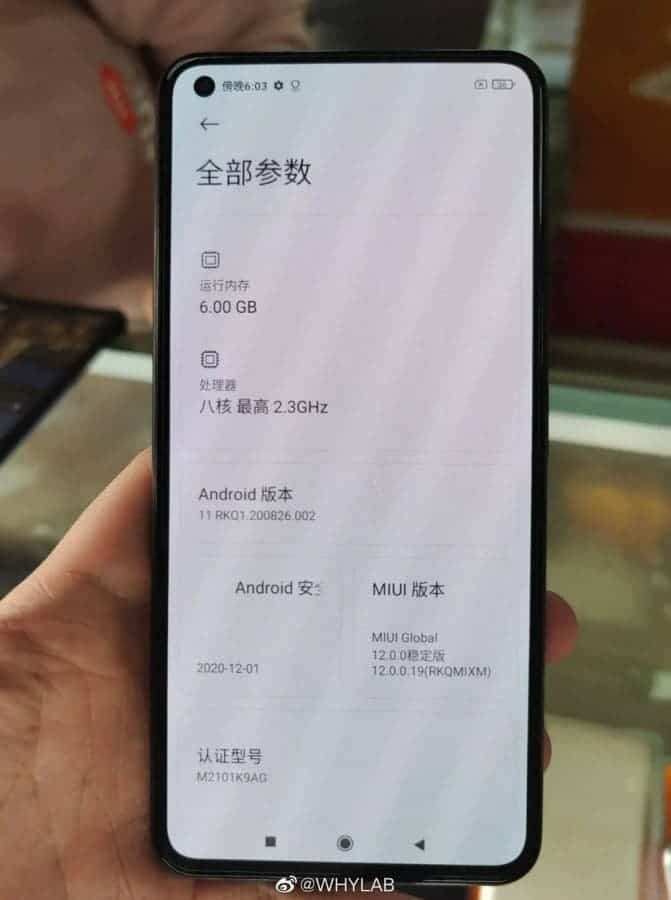 The Mi 11 Lite will share the design with the vanilla handset. However, it will not feature a curved display. Instead, we have a flat panel with a punch-hole in the top-left corner. It still is quite bezel-less, but not in the same level as the flagship. Interestingly, one of the images confirms that the Mi 11 Lite will come with Android 11 straight out of the box and will have 6GB of RAM. Unsurprisingly, MIUI 12 will be running on the top. 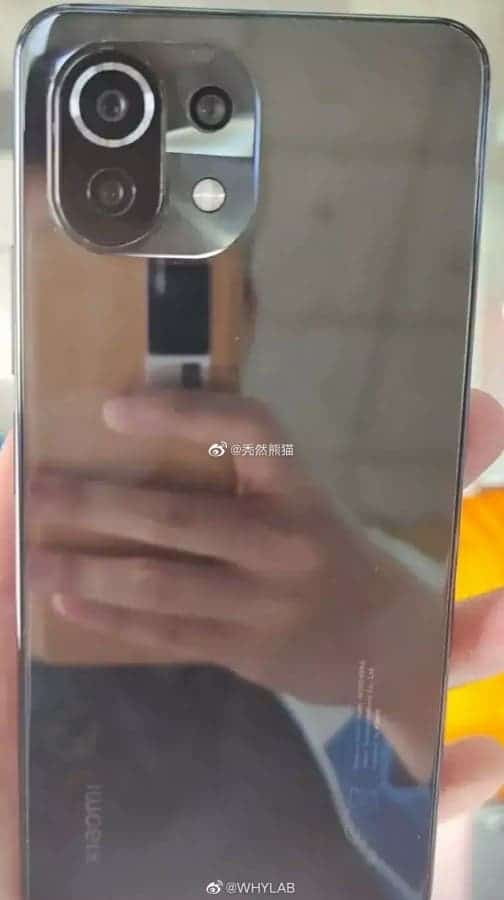 Unfortunately, the leak does not come to confirm the chipset giving power to this handset. However, we can easily see it has an Octa-Core chipset at them with a maximum Clock speed of 2.3GHz. According to recent leaks, the Mi 11 Lite will be available in both 4G and 5G variants. One will come with the Snapdragon 732G while the other will come with a Snapdragon 775G SoC. Of course, this is mere speculation at this point. We still need to wait for further confirmation. Honestly, I don’t see a big reason for Xiaomi to launch two distinct versions of this phone.

Worth noting that the source of today’s leak claims that the Mi 11 Lite will, in fact, come with the Snapdragon 775 SoC. This is a powerful chipset featuring Cortex-A78 cores. The phone will have a 4,150mAh battery, which seems to be modest in comparison to other Xiaomi devices. The handset obviously will have 5G network support. Last but not least, it is set to come with a 64MP primary camera and 5x optical zoom.