Realme is the fastest-growing smartphone brand, but since the last year, the brand is more than a mere smartphone maker. Last year, Realme kicked a new strategy as a “lifestyle” brand offering a bunch of new products in varied categories. The brand made its big entrance in the market of smartwatches, TWS audio devices, and smart TVs last year. Now, it is bringing the new 2021 generation for these devices. Today, the brand revealed the Realme Narzo 30 series in India. Alongside the new smartphones, the brand is also debuting the Realme Buds Air 2 TWS earphones. These devices come to succeed the Realme Buds Air launched in December 2019. The new Realme Buds Air 2 TWS brings a set of improvements that make it stand as a better option than many TWS devices in the market. 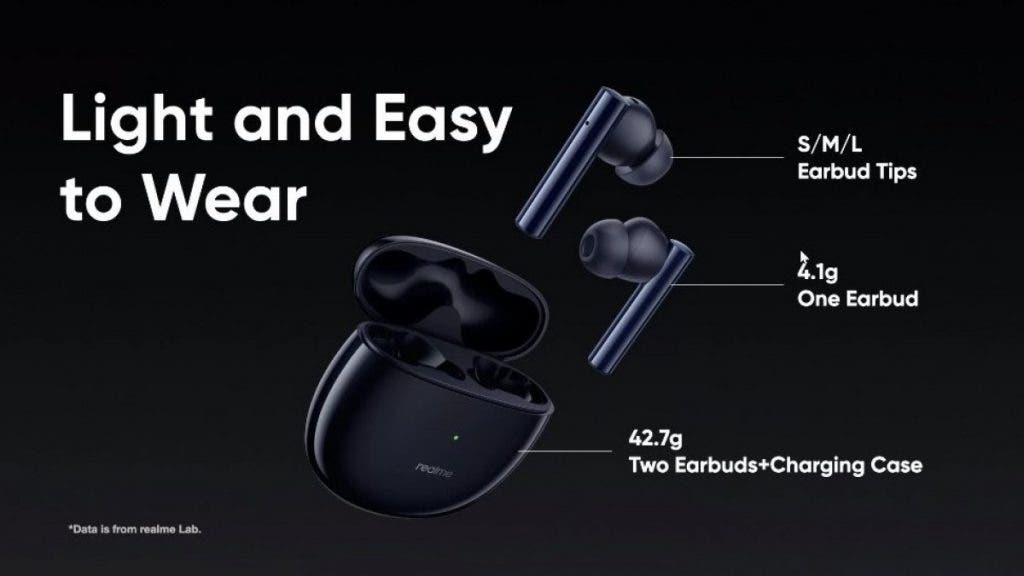 The Realme Buds Air 2 is quite similar in terms of design to the Buds Air Pro. They boast a custom R2 chip, and according to Realme, it offers 80% increased battery life and reduces latency by 35% compared to its predecessor. The new earbuds pack a 10mm driver in each bud with Diamond-like Carbon (DLC) coating on the diaphragm. It offers richer bass, clearer sound. Moreover, the frequency response will be much better than a traditional diaphragm.

The company also took the opportunity to unveil Bass Boost+ mode. It has been developed in collaboration with EDM duo The Chainsmokers. Realme has also added two new presets to the Realme Link App – Dynamic and Bright audio modes. The former balances bass, treble, and mid sounds. The Bright Audio models will enhance the level and clarity of human voice. It can be the perfect mode for listening to audiobooks, watching video reviews and podcasts. 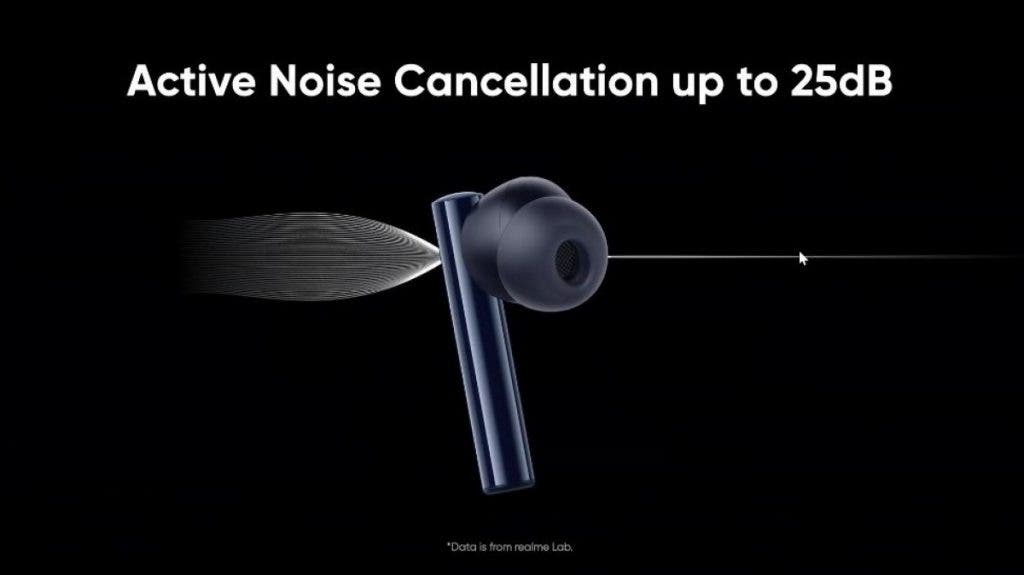 One of the biggest highlights of Buds Air 2 is the Active Noise Cancellation (ANC). This is a feature that isn’t available in most of the TWS audio products in the market. So far, it has been a feature that is commonly associated with premium headsets. This particular wasn’t present on the first-gen Buds Air. The ANC on the Buds Air 2 can reduce noise by up to 25dB and is capable of filtering out most low-frequency sounds. It includes the rumble of the airplanes and the noise commonly found in the home. The new hearables also have ENC, which stands for Environmental Noise Cancellation. It uses dual microphones on both buds for more clear calls.

Other features include touch controls, smart wear detection, Bluetooth 5.2, and dual-channel transmission. The hearables also come with an IPX5 rating. Interestingly, Realme is also bringing a new Game Mode that reduces latency to 88ms. This is a big upgrade over the original model that offered only 120ms. So far, this latency is lower than the Realme Buds Air Pro. 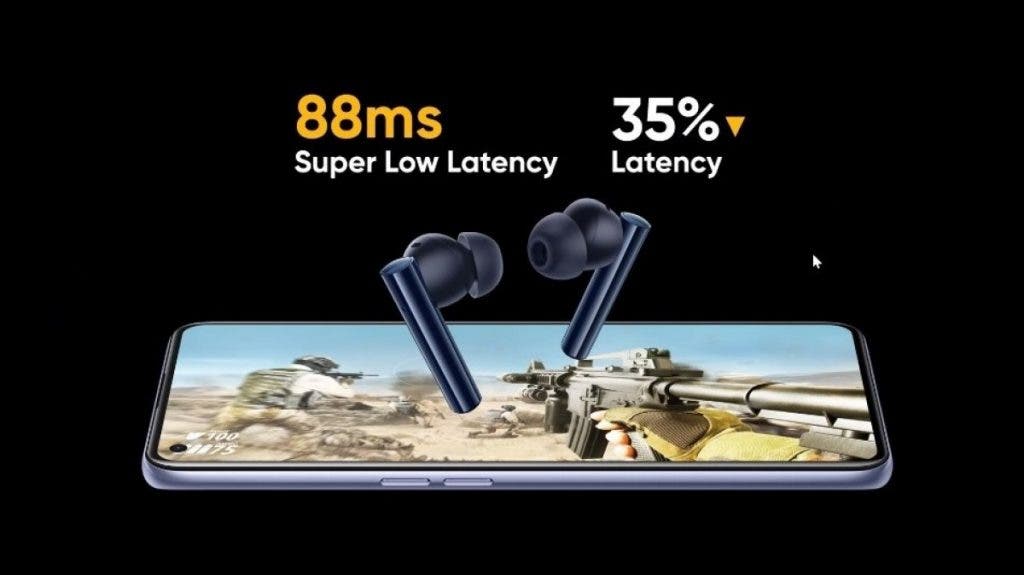 The new Realme Buds Air 2 also offers 25 hours of playback with ANC off. If you turn on the feature, you will still have up to 22.5 hours. Unfortunately, the brand didn’t reveal the size of the batteries inside the earphones and the charging case. Unfortunately, the device does not have wireless charging like its predecessor. This isn’t a surprise, after all, not even the Realme Buds Air Pro came with this feature. Apparently, Realme is cuttings costs to ensure ANC. 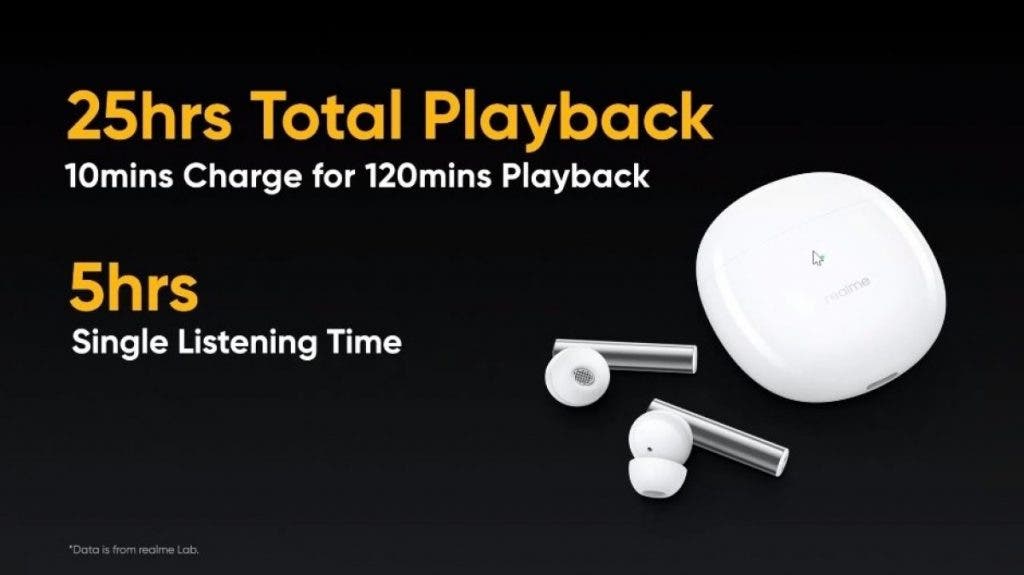 Realme will sell the earbuds in two colorways – Closer Black and Closer White. The new products will retail at INR 3,299 which is roughly $45. Interestingly, they are priced below the last year’s devices, even though they come with better specs. According to the company, the actual sales will start on March 2 through Flipkart and Realme website. Hopefully, the new hearables will not take much time to reach global markets as they seem to be really decent options at a low price point.