Back in August 2020, Samsung brought its most powerful Android tablet offering dubbed Galaxy Tab S7. This time the company decided to introduce two different tablets under the series – the original one and the Plus variant. Both the tablets brought premium-grade experience along with flagship-level hardware to the masses. After the immense success, Samsung is now planning to bring a Lite version of the series dubbed simply Galaxy Tab S7 Lite.

This is not the first time we’re hearing about the toned-down version of the tablet. Last month, we reported that Galaxy Tab S7 Lite is in development and will arrive in three variants. According to the report, these variants are going to be on the basis of connectivity – WiFi only, LTE, and 5G. 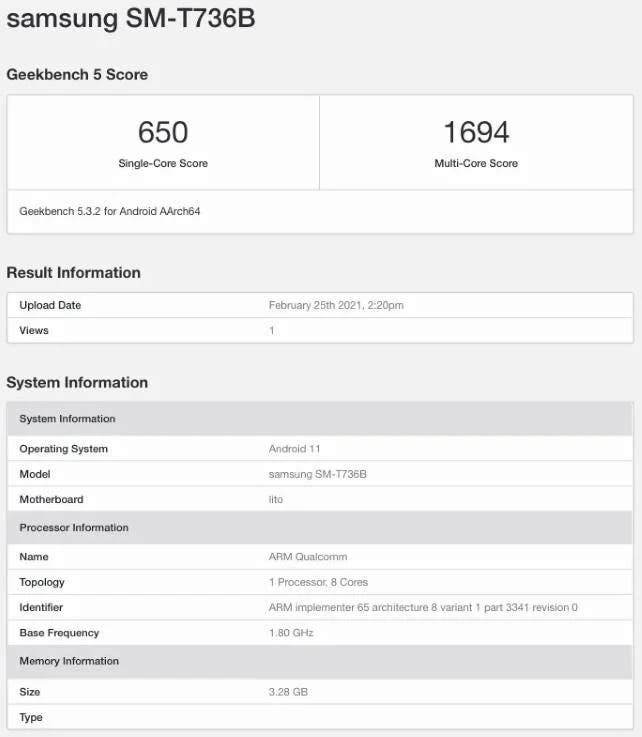 Samsung Galaxy Tab S7 Lite has now surfaced on GeekBench listing revealing some key aspects along the way. As per the listing, the Lite tablet features 4GB RAM paired with a Qualcomm chipset having a base frequency of 1.8GHz. Looking at the motherboard name, it looks like the chipset is going to be nothing but the Snapdragon 750G. If that’s the case, then we should expect some solid performance from this tablet.

Coming to the memory, the 4GB RAM might seem a bit on the lower side and this might be the base variant of the offering. Well, we’ll have to wait for more concrete information to confirm that. On the software front, the Galaxy Tab S7 Lite will make use of the latest Android 11 operating system. It should hopefully be based on the latest One UI 3.1 software. 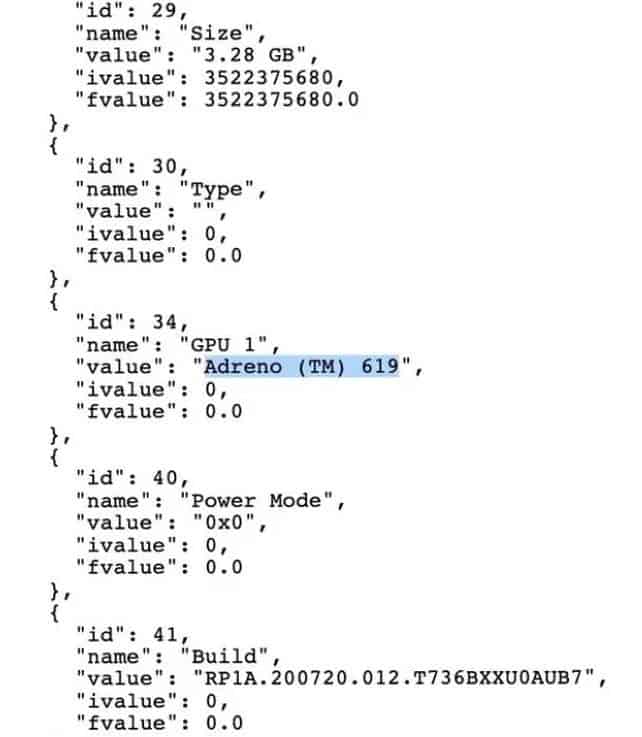 Talking about the benchmark scores, the device managed to score 650 points in single-core performance and 1694 score during multi-core benchmarking. With that said, there’s no information as to when the company will launch the Lite version of its flagship Galaxy Tab S7.

Considering the tablet has now appeared on GeekBench, it is safe to say that the device is inching closer to its official launch. With that said, we should expect to see more leaks and reports flooding in soon.

What to expect from the Lite tablet?

The original Galaxy Tab S7 series brings forth a premium build paired with flagship-grade hardware. We’re looking at a big beautiful display with a 120Hz refresh rate, a flagship Snapdragon 865+ chipset, up to 8GB RAM, up to 512GB built-in storage, and more. Considering all these, we’re expecting at least solid level performance from the Lite version along with a beautiful display for a perfect multimedia experience.