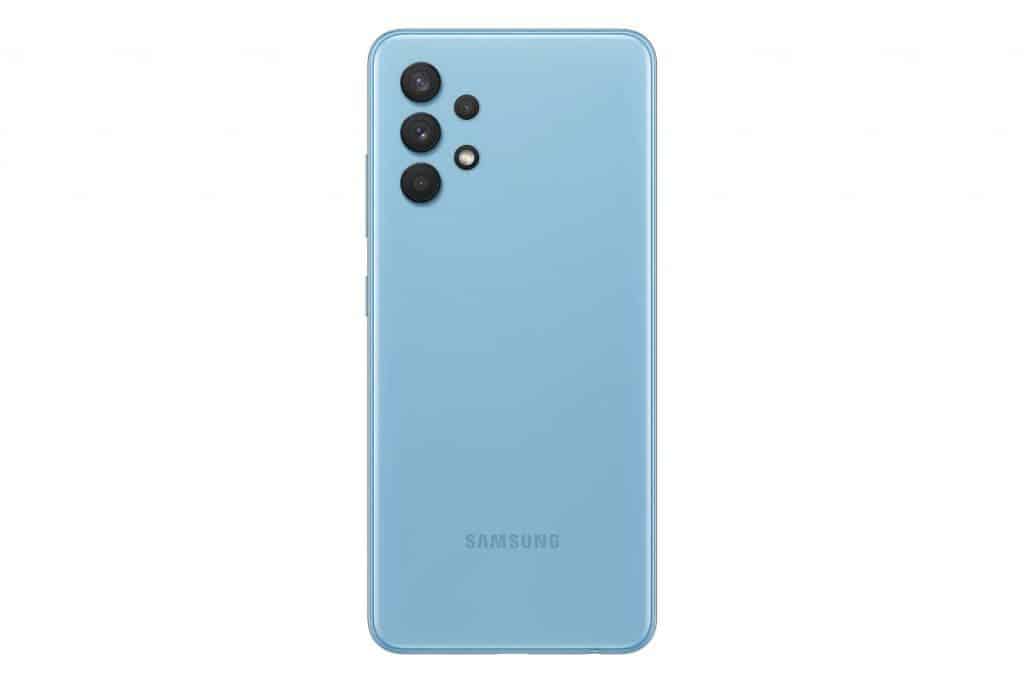 The all-new Galaxy A32 4G smartphone features a 6.4-inch Super AMOLED Infinity-U display with Full HD+ resolution. If you’re unaware, Infinity-U is nothing but a U-shaped waterdrop notch. Going by the trend, the display has an in-display optical fingerprint sensor. For an added protection, we’re looking at a Gorilla Glass 5 protection.

While Galaxy A32 5G is the company’s cheapest 5G smartphone, the A32 4G is the company’s first mid-range to arrive with a 90Hz refresh panel. This means that the original 5G version sticks to the standard 60Hz panel. Under the hood, the smartphone runs on MediaTek Helio G80 SoC instead of the Dimensity 720 chipset found in the 5G version. The chipset is paired with up to 8GB RAM and up to 128GB built-in storage. The device also supports a microSD card slot expandable. 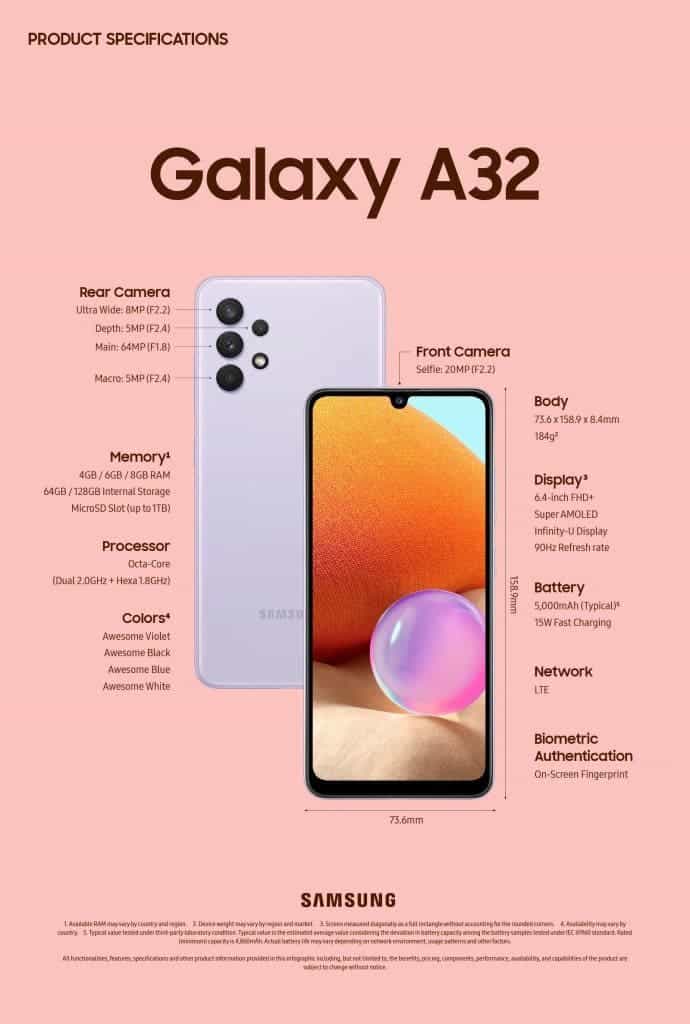 For optics, Galaxy A32 4G features a quad-camera module on the rear with a 64MP primary sensor.  The primary lens accompanies an 8MP ultrawide lens, a 5MP depth sensor, and a 5MP macro lens. There’s a 20MP selfie camera housed inside the notch with an aperture of f/2.2. All of these are backed by a 5,000mAh battery that can easily refuel with 15W fast charging. 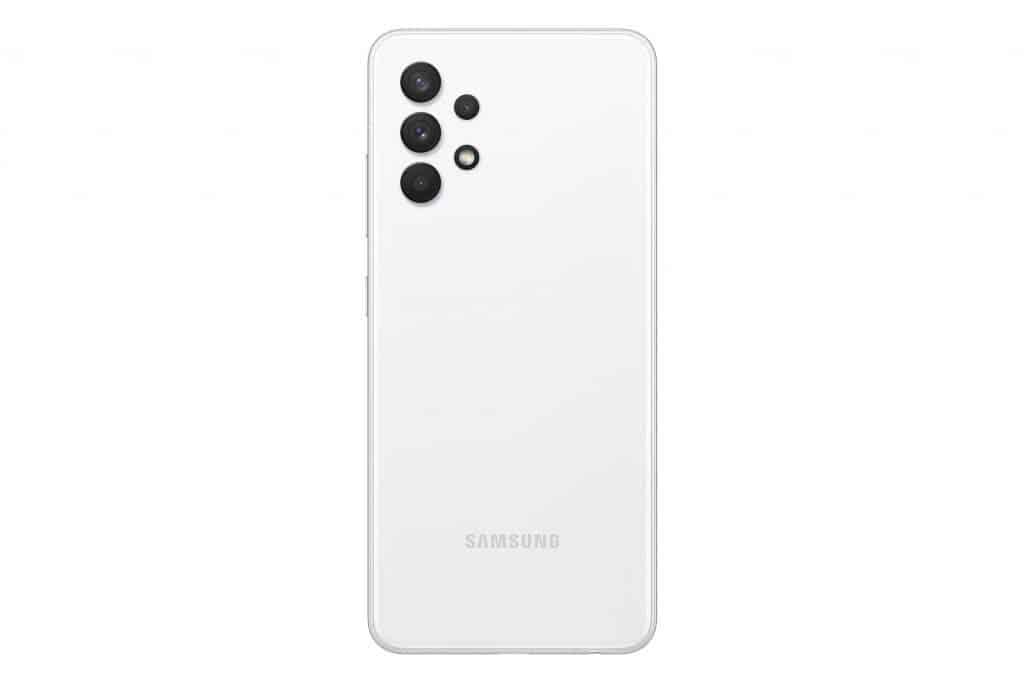 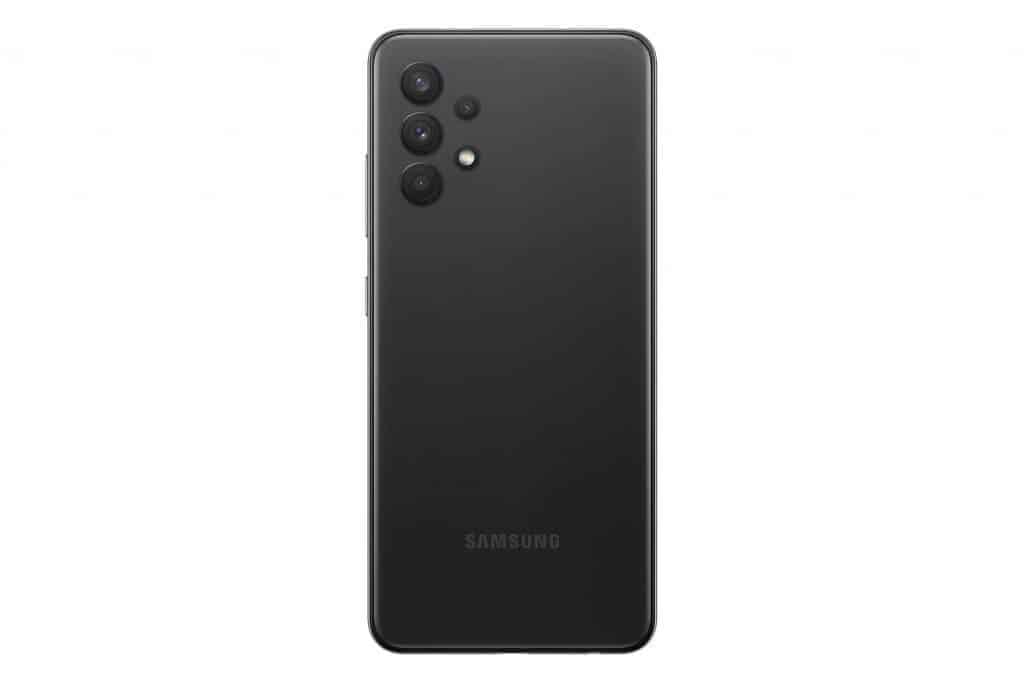 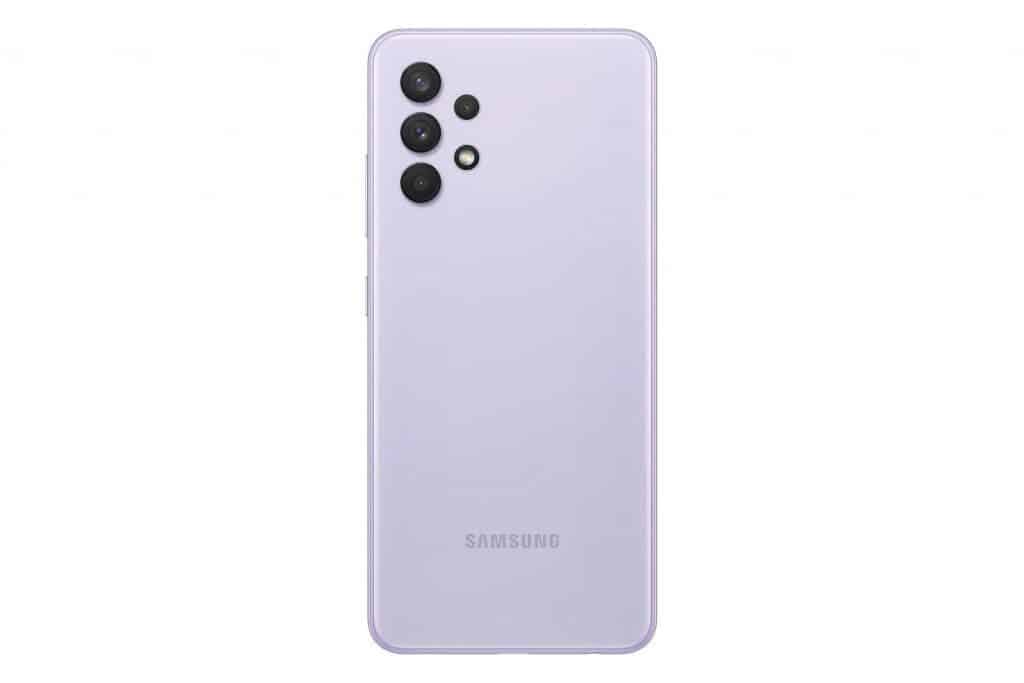 In Russia, Samsung Galaxy A32 4G smartphone arrives in two different storage configurations – 4GB+64GB and 4GB+128GB options. The base version of the device is priced at RUB 19,990 (i.e. roughly $268) while the top-end model will set you back RUB 21,990 (i.e. roughly $294). The smartphone comes in four different color options – Awesome Black, Awesome Blue, Awesome Violet, and Awesome White.

With that said, the device should make its way to more regions including India in the coming months. In fact, Samsung is expected to launch Galaxy A32, A52, A72 in the country as well.

Previous Huawei: We have more than a billion active smartphone worldwide

Next The latest version of Windows 10 continues to gain popularity