Samsung Galaxy A32 5G was leaked multiple times. But now it is finally official. We have now official specifications as well as images of the device. It is launched in Europe. The Galaxy A32 5G not only brings 5G to its low-end A-series lineup but also a brand new design. A design that looks amazing. But we know that Samsung smartphones have good designs generally but the internals is compromised especially on the A-series budget phone. Let’s check out if this phone is any different or not. 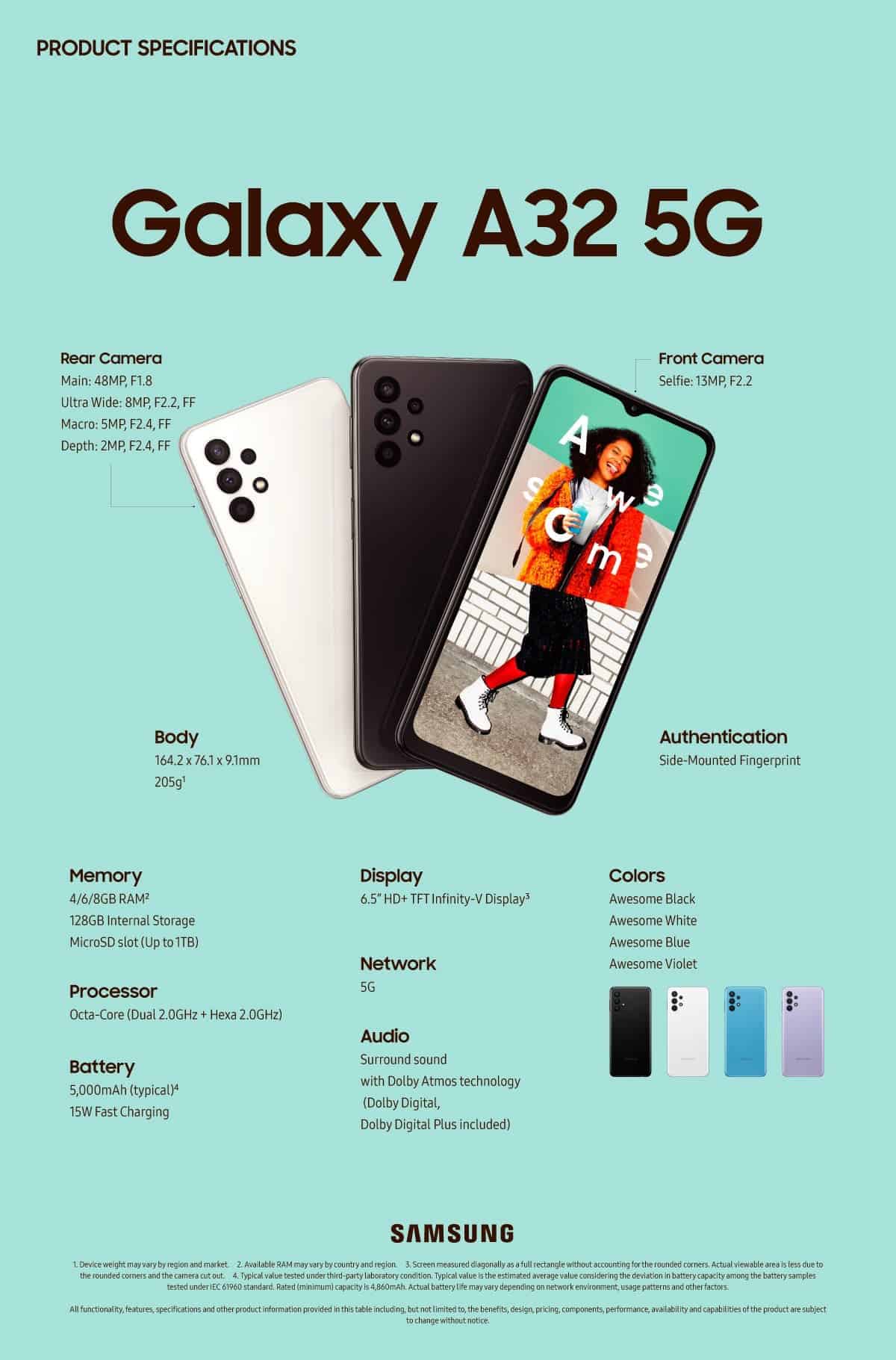 Let’s first talk about the specifications of Galaxy A32 5G. The smartphone comes with a 6.5-inch TFT display with a resolution of 720p. Now, this is enough of a deal-breaker. 720p display is not acceptable in 2021, Samsung. Plus, it’s a TFT display. Not an IPS LCD, nor Samsung’s own S-AMOLED. Then comes a tear-drop notch. I mean, why Samsung? But yeah, okay we have to compromise on all of that for the 5G connectivity.

Moving forward, we are given a triple rear camera setup. It is led by a 48-megapixel primary, 8-megapixel ultra-wide, 5-megapixel macro, and 2-megapixel depth sensor. On the front, there is a 13-megapixel shooter for selfies. Dimensity 720 is powering the A32 5G. It is a 5G processor from MediaTek and is an entry-level chipset. There is a 5000mAH battery that will be enough thanks to a low-resolution display. It can be charged at 15W as-well. 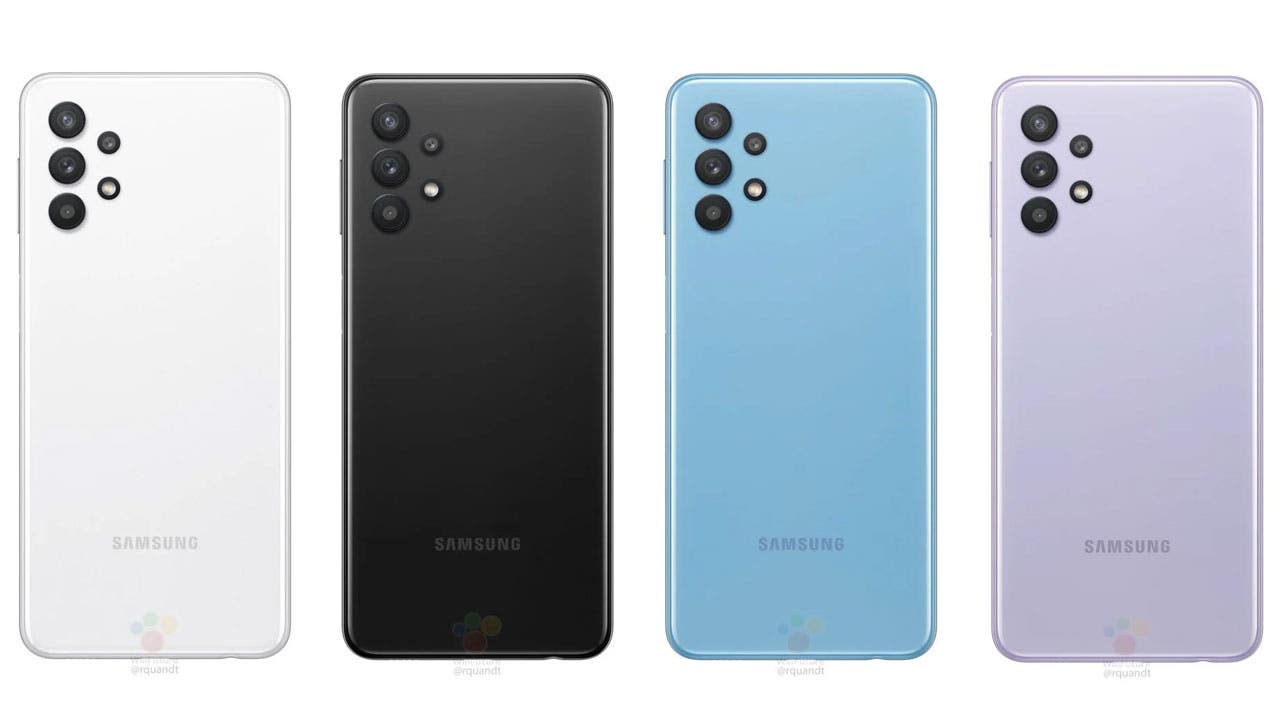 I find the device appealing for its design. It is a new and fresh look to the Galaxy A lineup. There is a camera bump like old smartphones. I mean the display is also inspired by smartphones launched 4 years ago. The design also resembles a bit of LG Velvet. However, camera sensors are aligned differently. It looks cool though. I won’t complain if I find this design on higher-end models as well.

There are multiple configurations available with 4, 6, and 8 GB RAM. While the storage is either 64GB or 128GB. You can increase the storage by an external MicroSD card slot as-well. The starting price of Galaxy A32 5G is €280 (~$340). It will be available to buy starting from February 12th in Europe. The color options of this device are Awesome Black, Awesome White, Awesome Blue, and Awesome Violet. Let us know your opinions on Galaxy A32 5G in the comments section below!

Next BlackBerry Sells 90 Patents To Huawei: The Content Is Unknown