Twitter held an analyst meeting (Analyst Day) yesterday. All senior executives of the company were responsible for revealing future plans. They announced their intention to launch two new features. One is to allow users to charge fans for Super Follows function. The second is to prepare a community function to gather users with common interests.

Users can set a price for Super Follows to allow fans to access additional content, or obtain a badge that supports the user, such as a monthly fee of $4.99 for fans to access valuable content.

Twitter said that the Super Follows function not only allows users to directly charge fans, but also promotes the platform’s revenue. In other words, Twitter will draw commissions. But they did not announce the commission ratio.

Twitter also announced a new feature called Communities. As the name suggests, it is going to be something like Facebook Groups. People can create and join groups around specific interests — like cats or plants. In fact, Groups have been a huge success for Facebook. Although it caused a lot of moderation problems as well. And they could be a particularly helpful tool on Twitter. We mean its open-ended nature can make it difficult for new users to get started on the platform. 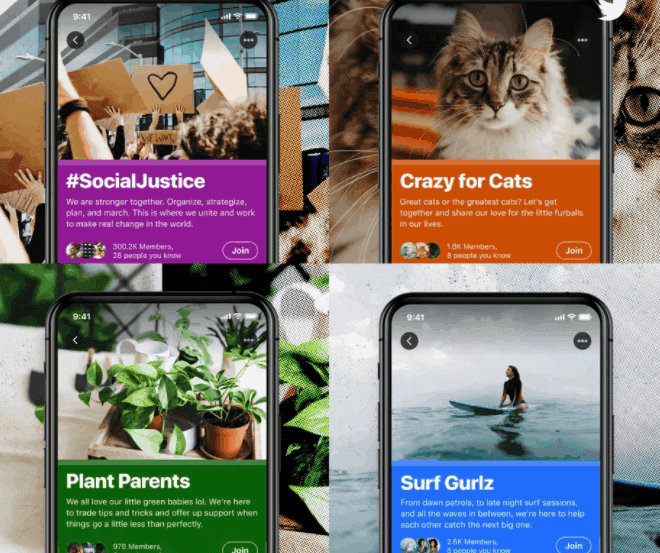 At present, Twitter’s biggest source of revenue is advertising. In the company’s US$1.29 billion revenue in the fourth quarter of last year, US$1.15 billion came from advertising. This accounts for 89% of its total revenue. Only a few of its revenue came from data licensing or other activity. The number of daily Twitter users in this quarter was 192 million.

In addition, Twitter also announced at the analyst meeting that it hopes to make the platform’s revenue reach US$7.5 billion in 2023. Last year, Twitter’s annual revenue was US$3.7 billion, which is equivalent to doubling revenue in three years.