LG was once one of the most relevant smartphone makers. However, it lost space to competitors and failed to build up a successful strategy to keep its business flowing. The company’s smartphone business has been in the red for a long time. For that reason, there are many reports lately indicating the brand’s exit to the smartphone market. One of the things that certainly helped the company to lose the consumer’s trust was the delay in updates. The brand is one of the slowest smartphone brands rolling out updates. Until now, the only device to receive Android 11 was the LG Velvet, but still just one of its variants. Well, today the list of Android 11-powered smartphones LG is getting one more member – Verizon’s LG V60 ThinQ 5G UW.

The carrier-locked smartphone is the very first LG handset to receive Android 11 in the United States. And that comes almost half a year that Google first released the final version of the OS. In fact, the search giant already started work on Android 12 and soon more companies will start their respective development. Anyway, Verizon states that the Android 11 update for the LG V60 ThinQ 5G UW includes January 2021 security patch level, which isn’t the current, but it’s better than before. 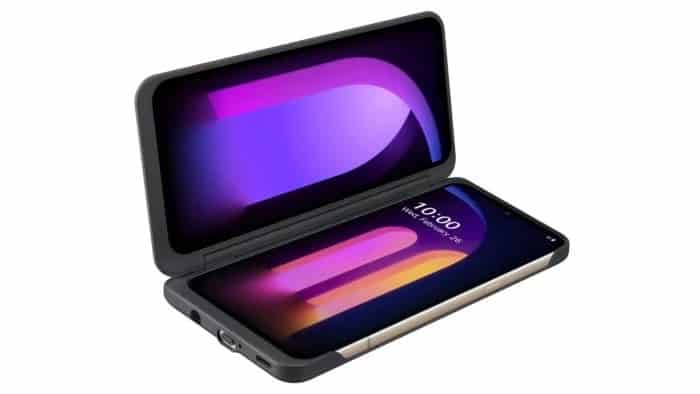 The new build is rolling out with the V600VM20A firmware version. As you may expect, the Android 11 update introduces Bubbles for conversations, One Time permission controls, revamped media notification, and more. As far as LG UX is concerned, the update introduces new Quick Settings icons, Focus mode, Bedtime Mode, Nearby Share, and the volume panel has been moved from the top to the left. Worth noting that this update is rolling out in a gradual manner. So it may take a couple of days to reach all eligible units of the LG V60 ThinQ 5G UW (That is a mouthful name).

The LG V60 ThinQ was the last “true-flagship” smartphone released by LG. In 2020, the company introduced a new strategy with the LG Velvet featuring a mid-range 5G chipset. However, the device was too expensive in comparison with its rivals. The brand also unveiled other variants with Dimensity 800U and even a weird 4G unit with the old Snapdragon 845 SoC. Rumors have been saying last year that LG would introduce a new true flagship to succeed the LG V-series in 2020. However, the reports of the company’s exiting the smartphone business are fresher.

Previous Samsung Galaxy Z Fold2 is getting One UI 3.1 update

Next Redmi K40 AnTuTu & GeekBench scores are out