Redmi recently unveiled the K40 lineup. There are three smartphones in the Redmi K40 series, and all three have surprised us. All of them feature some great internals. The vanilla K40 features Snapdragon 870 chipset while the Pro versions come with Snapdragon 888. We already know Snapdragon 888 is performing well. But how about the Snapdragon 870? Well, Redmi K40 AnTuTu and GeekBench benchmarks are now out!

The AnTuTu benchmarks were published by Digital Chat Station. The Redmi K40 scores 630,900 in AnTuTu benchmarks. It scores 192127 in the CPU department, 245535 in GPU, 98370 in MEM, and 94868 points in the UX department. To re-call, the Snapdragon 870 chipset was unveiled recently by Qualcomm. This is basically an overclocked version of Snapdragon 865+. Other than that, the chip is not that different. It is based on the same 7nm architecture and comes with Adreno 650 GPU. 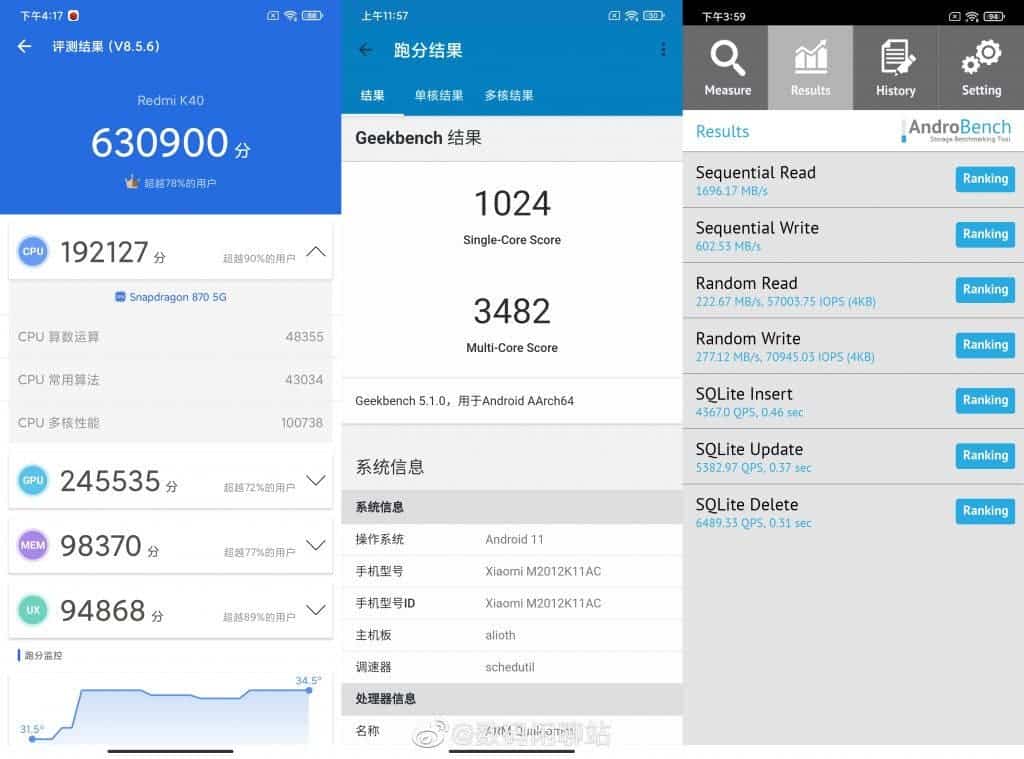 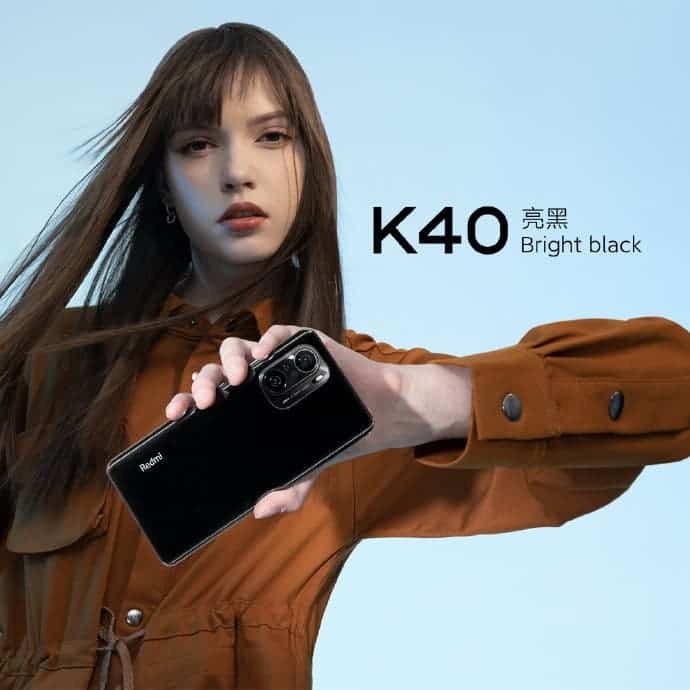 It clearly indicates that Snapdragon 865 to Snapdragon 870 is not a major jump. If you have a Snapdragon 865 phone, you are not missing a lot. Although, the Redmi K40 still has some other impressive specifications other than the processor.  The smartphone utilizes the latest generation of E4 AMOLED panel. Furthermore, there are features like 120Hz refresh rate, 360Hz Touch Sampling rate, True Tone technology, super-resolution touch, higher power saving, and better brightness.

Apart from its display and performance, it is cheap. It starts at 1999 Yuan roughly translating to $309 in China. And at this price range, you are getting a lot! The phone is expected to launch under POCO branding globally. It could be the POCO F2 or POCO F3. I hope POCO also launches the phone at a competitive price. Let us know your opinions on Redmi K40 AnTuTu and Geekbench scores.

Next POCO F2: Poco wants its fans to know that it is “Never Going to Give You Up”