Redmi K40 series is finally unveiled in China. The lineup consists of multiple devices including the vanilla Redmi K40, the Redmi K40 Pro, and the Redmi K40 Pro Plus as well. Even the non-Pro model comes with some very exciting features. But most importantly, it’s cheap. The highlighted features of the Redmi K40 include Snapdragon 870, E4 AMOLED panel & more. 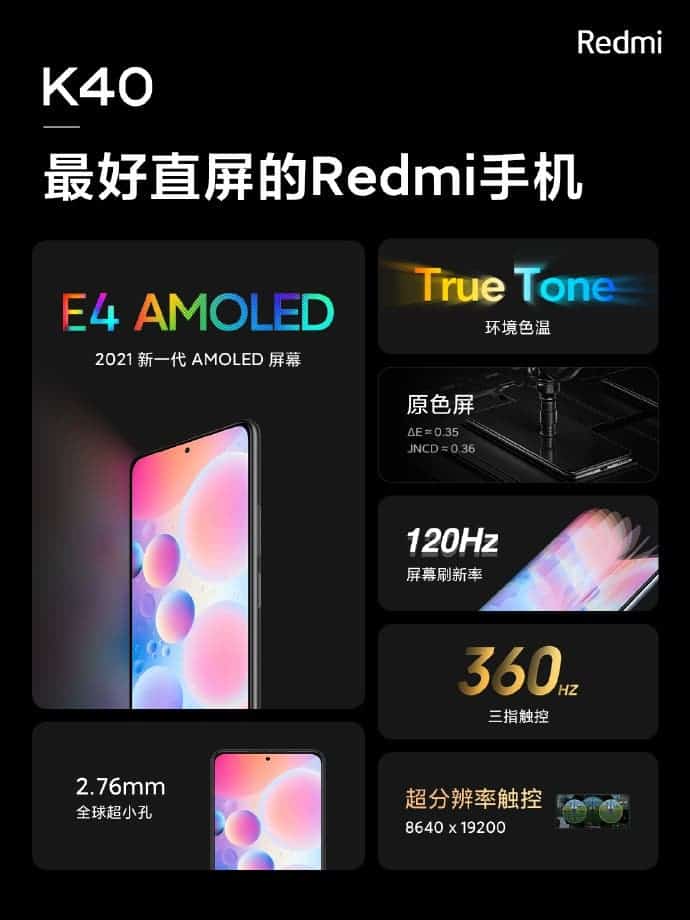 The entire Redmi K40 lineup focuses on display. Considering this is a mid-range phone, the display is somewhat compromised. But Redmi has not compromised on the display of Redmi K40. The smartphone utilizes the latest generation of E4 AMOLED panel. Furthermore, there are features like 120Hz refresh rate, 360Hz Touch Sampling rate, True Tone technology, and super-resolution touch. In the event, features like higher power saving and better brightness were discussed as well.

The notch of the phone is small as well. It is just 2.76mm. Apart from the display, the Redmi K40 uses the Qualcomm Snapdragon 870. It is a brand new chipset and is an overclocked version of Snapdragon 865+. Furthermore, it supported LPDDR5 and UFS3.1 storage. The phone utilizes the latest WiFi 6 as-well. So far, the performance and display are looking phenomenal. 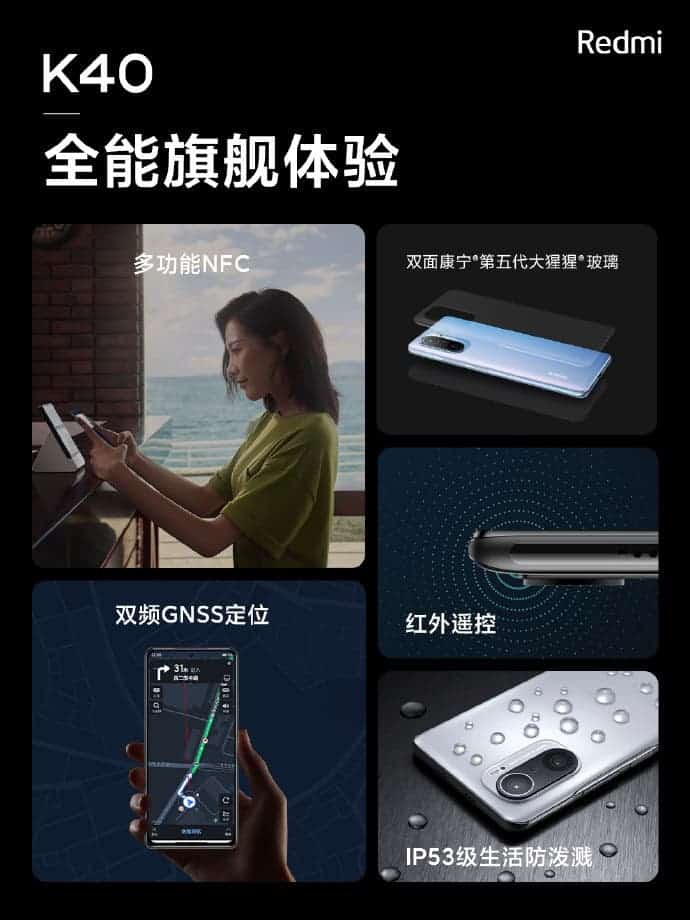 But that’s not it. Redmi K40 also comes with features like X-axis linear motor and Dolby Atmos dual speakers smartphone has a 4520mAh battery that can be fast-charged at 33W thanks to the MI-FC fast charging technology. You must be wondering about the camera, although the device is performance-centric, it still comes with a 48MP primary shooter. 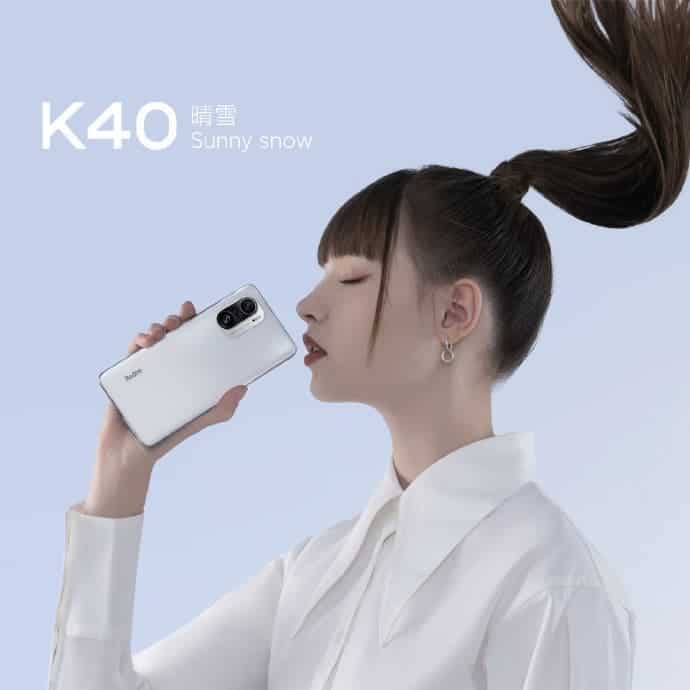 Talking about the design, the device looks beautiful. It takes the design language from the flagship Mi 11 phone. The camera module is very similar to that of Mi 11. But most importantly, it just 7.8mm and weighs 196g which makes it a lot more premium. The display looks beautiful. There are three colors for this device including  Illusion, Sunny Snow and Bright Black.