According to data from Counterpoint Research’s smartphone sales tracking service, Samsung has five seats in the top ten best selling 5G Android smartphones in February 2022. The brand’s Galaxy A52s 5G is the world’s best-selling 5G Android smartphone. In addition to this device, it also has the Galaxy S22 Ultra 5G, Galaxy S21 FE 5G and Galaxy A32 5G on the list. Furthermore, the tenth device on the list is also a Samsung smartphone, the Galaxy A22 5G. This means that half of the best selling smartphones globally are from Samsung. 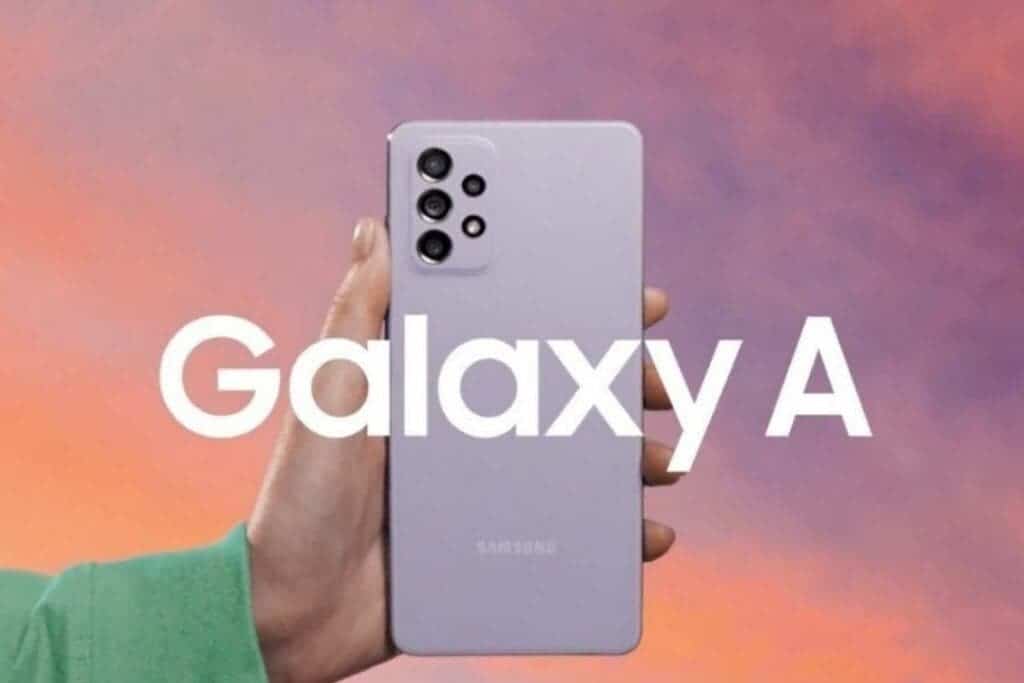 Driven by these models, Samsung led the overall market with nearly 24% of 5G Android smartphone sales in February 2022. In addition to Samsung, Honor’s two mobile phones are in the top ten, while Vivo, Oppo and Xiaomi each have one model in the top 10. Sales of 5G smartphones are largely driven by the Chinese market, where 5G has now become the “standard” with a 5G penetration rate of 83% as of February 2022.

Vivo, Oppo, Xiaomi and Honor are the top 5G Android vendors in the Chinese market. These brands are further expanding their 5G portfolios in emerging markets such as Asia Pacific, the Middle East and Africa. Since its independence from Huawei, Honor has been working to increase its presence in the segment and focus on the premium segment, while planning expansion in Europe and Asia.

This is a pretty decent 2021 smartphone that you can get with a low budget. Of course, the Galaxy A series is a budget series. The Samsung Galaxy A52s comes with a 32MP sensor that has the capacity to capture high-fidelity images. This is why this device makes the smartphone for selfies list. These images have high resolution and also support Bokeh effects. Furthermore, this mid-range selfie camera can record 4K videos at 30fps. This is a huge plus for this smartphone because not many smartphones have front cameras that support 4K videos. The camera comes with a bokeh mode and also supports autofocus.

Released in February 2022, the Samsung Galaxy S22 Ultra is the latest top-of-the-line model in the Galaxy S22 series. This device comes with a 120 Hz AMOLED 6.8-inch quad-HD+ (3088 x 1440) Dynamic AMOLED display that supports HDR10+ video. Under the hood, this device comes with either the Snapdragon 8 Gen 1 or the Exynos 2200. As usual, in China and the U.S., buyers will have the Snapdragon 8 Gen 1 version. However, in Europe and other markets, the Exynos 2200 version will be sold. Both versions come in multiple memory/storage configurations ranging from 8GB / 12GB of RAM and 128GB / 256GB / 512GB / 1TB storage.

On the rear, this smartphone comes with a quad rear camera setup. Specifically, this device uses a 108MP main camera that supports OIS. It also uses a 10MP periscope telephoto camera that supports 10x optical zoom and OIS. Furthermore, there is another 10MP that supports OIS and 3x optical zoom. Lastly, there is a 12MP ultra-wide-angle camera. It is interesting to note that three of the four cameras on the rear support Optical Image Stabilization (OIS). Under the hood, this device has a 5000 mAh battery that supports 45W fast charging, 15W wireless charging, and 4.5W reverse wireless charging. However, recent tests reveal that the 45W fast charging is not any different from the previous 25W charging.

This smartphone comes with a 6.4 inch AMOLED display that supports a resolution of 1080 x 2400 pixels (~401 PPI density). Under the hood, we have a Qualcomm Snapdragon 888 5G as well as the Exynos 2100 processors depending on the region. This device also comes with up to 8GB of RAM and 256 GB of internal storage. On the rear, it uses a triple camera setup. It has a 12MP main camera, an 8MP (telephoto), and a 12MP ultrawide angle sensor. To keep its lights on, this device uses a 4500 mAh battery that supports 25W fast charging, 15W wireless fast charging, and reverse wireless charging. This device comes with One UI 4 on top of Android 12.

The Samsung Galaxy A32 5G is a decent mid-range smartphone which is selling well in the market. First off, this smartphone comes with a 6.5-inch TFT LCD display. Due to its ultra-thin bezels, this device boasts an 81.6% screen-to-body ratio and has a resolution of 720 x 1600 pixels. Under the hood, this device comes with a Dimensity 720 SoC coupled with up to 4GB/6GB/8GB of RAM and 128GB of internal storage. On the rear, it has a quad-camera setup, that includes a 48MP wide-angle, 8MP ultrawide,  5 macro, and a 2MP depth sensor. The battery size is 5000 mAh and it supports 15W wired fast charging.

The Oppo Reno 7 5G comes with a 6.43 inch AMOLED display that supports a 90HZ refresh rate and resolution of 1080 x 2400 pixels. One of its selling points is its slim and light design, measuring 7.8mm in thickness with a weight of 173g. This smartphone comes with the Dimensity 900 and supports 8GB of RAM and 128GB of UFS 2.2 storage. It uses a triple-rear camera setup. It has a 64MP main camera with 8MP (ultrawide), and a 2MP (macro). To keep its lights on, this device uses a 4500 mAh battery that supports 65W fast charging and reverse charging. Other features include 5G wireless connectivity, Wi-Fi, Bluetooth 5.1, and ColorOS 12 (Android 11).