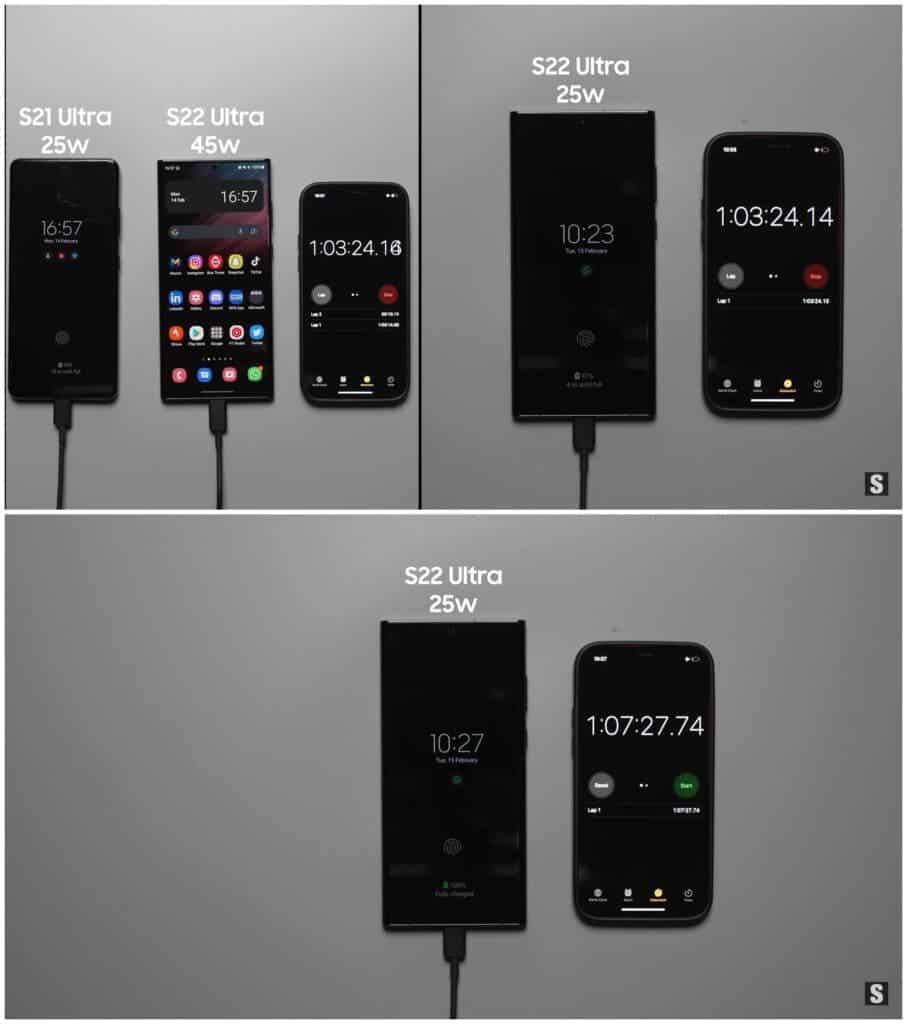 The test found that in 20 minutes, the Galaxy S22 Ultra can be charged to 45% with a 45W charger. However, using a 25W charger, it gets to 39%. From 0% to 100%, the 25W charger takes about 1 hour and 7 minutes. Howeevr, using the 45W fast charger, the full charge takes 1 hour and 3 minutes. The difference between the two is only 4 minutes which is disappointing.

Given the speed difference between 45W and 25W chargers, it does not make sense to spend more money on 45W chargers. The current price of Samsung’s 45W charger is $49.99 while the 25W charger sells for $19.99. It is quite surprising that the charging speed of the 45W fast charger is so slow. There were expectations that this charger should take the full charge time to about 30 – 40 minutes. However, irrespective of the charger that users choose to use, you will still have to wait for no less than an hour for a full charge.

In terms of specifications, the Samsung Galaxy S22 Ultra uses a 6.8-inch 2K+ AMOLED full screen. This smartphone also comes with the Qualcomm Snapdragon 8 Gen 1 SoC. It has up to 12GB of RAM and a 5000 mAh battery.

Next Top 5 Electric Cars in India