The popular benchmark AnTuTu platform has published the first smartphone performance rating this year, which continues an obvious trend: as new devices on Snapdragon 888 are released, they will fill the top lines of the charts. And now Vivo IQOO 7 is in the topmost position with 728 784 points. The leader of the last month, Xiaomi Mi 11, has dropped to the second line, and it is also built on the basis of the new 5nm Qualcomm chip. While these are all representatives of the Snapdragon 888 SoC, they are followed by smartphones on Kirin 9000 and a lot of devices with Snapdragon 865 on board. Please note that 8 out of 10 top smartphones received a 12/256 GB memory configuration. The trend is evident. 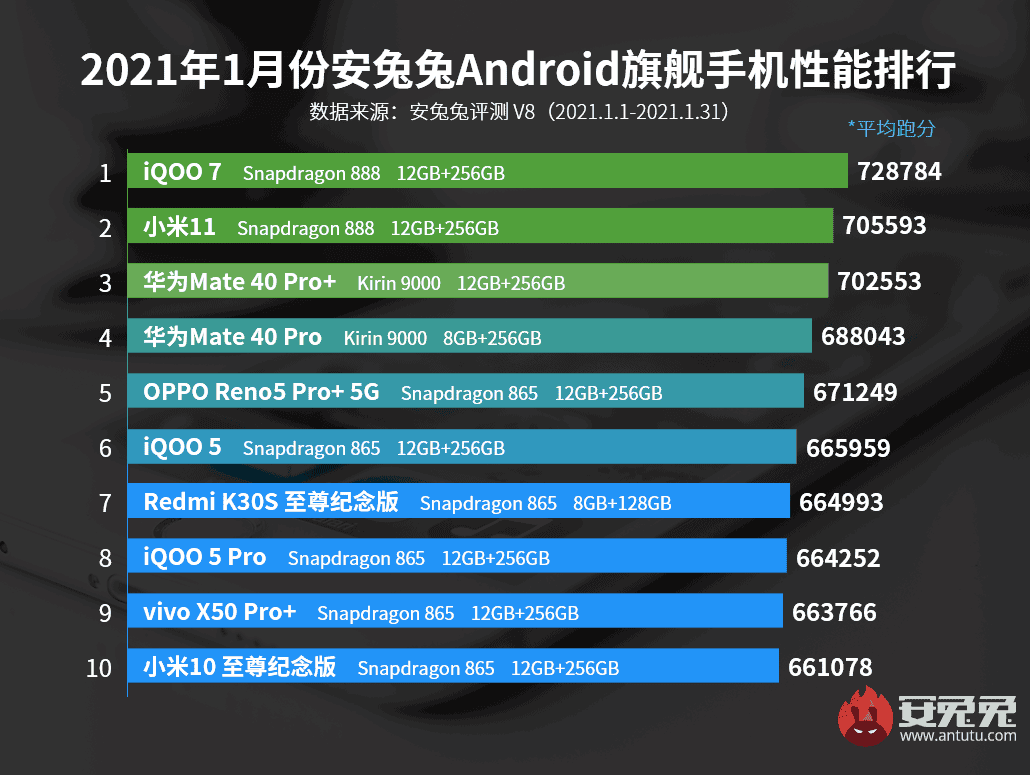 In the mid-range segment, there have been no significant changes either: at the top, we have MediaTek SoCs while Kirin makes up the majority of the rankings. Just mark the appearance in the list of the Redmi Note 9 Pro 5G on Snapdragon 750G. Recall that the AnTuTu numbers today, although not a true indicator of performance, allow us to trace trends. The real performance of each smartphone can only be measured by real tasks. 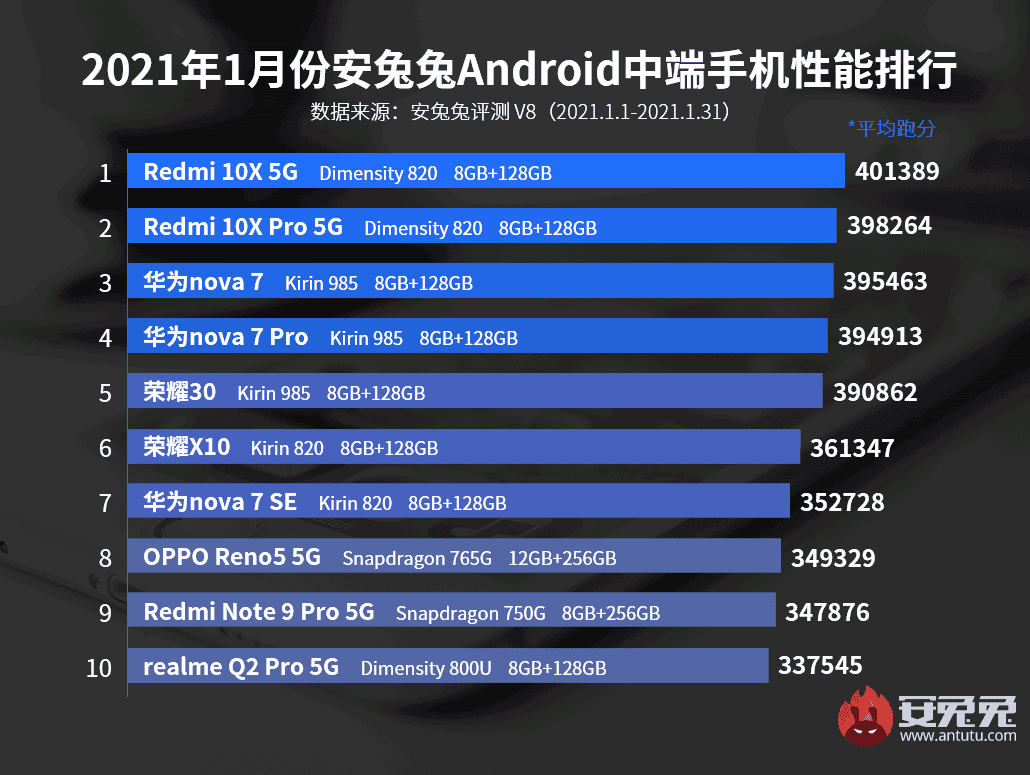