Chinese manufacturer, Redmi, will unveil the Redmi Note 10 global version in India on March 4th. According to reports, this series will have three models. The models are Redmi Note 10, Redmi Note 10 Pro and Redmi Note 10 Pro Max. Today, we saw the first real unboxing image of this smartphone. The leaked image is the standard version of this device. This smartphone comes with a Qualcomm Snapdragon 678 processor, 48MP rear camera and supports 33W fast charge. 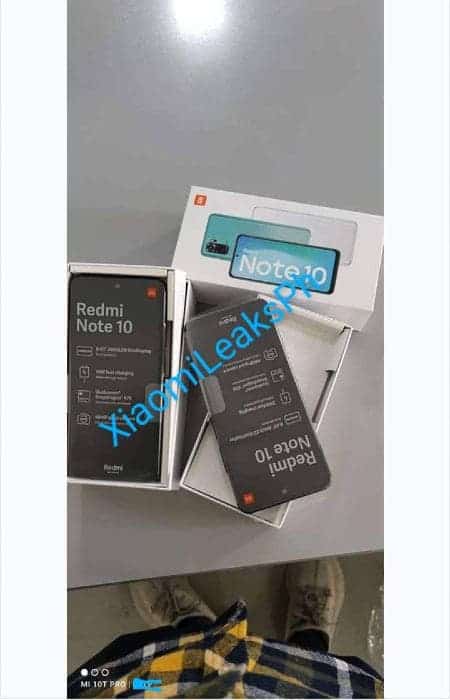 The Qualcomm Snapdragon 678 SoC was released at the end of 2020. This mid-range processor uses the 11nm LPP manufacturing process. Comparing this chip to the popular Snapdragon 675 SoC, the main frequency of the two large A76 cores increases to 2.2GHz. Also, there are six small 1.7GHz A55 cores that support up to 8GB of LPDDR4x memory. 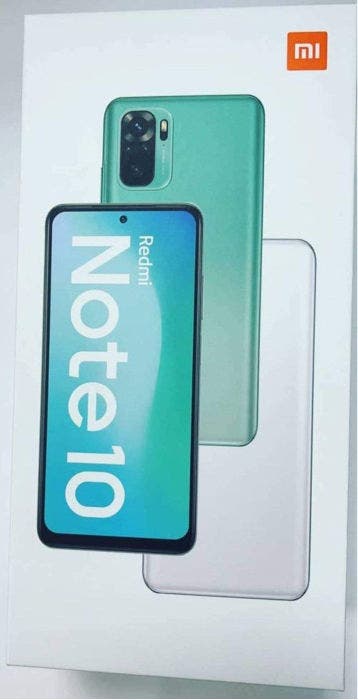 In addition, the Redmi Note 10 mobile phone comes with a 6.42-inch AMOLED screen. In addition to the small aperture punch-hole, the bezels are quite thin. However, the bottom bezel is thicker than the other sides. The layout and appearance of the rear camera are very similar to the  Redmi K40. Recall that the company recently released the Redmi K40 series in China.

Under the hood, this device will use a 5050 mAh battery that supports a 33W fast charge. This device should be able to get a full charge in less than 60 minutes. There are also reports that the Redmi Note 10 will come with a 3.5 mm headphone jack. Presently, not many smartphones see the need to retain this feature. Obviously, it will be a plus for the Redmi Note 10 series. This device will also come with an infrared transmitter, and a minimum configuration will be 4GB + 128GB. 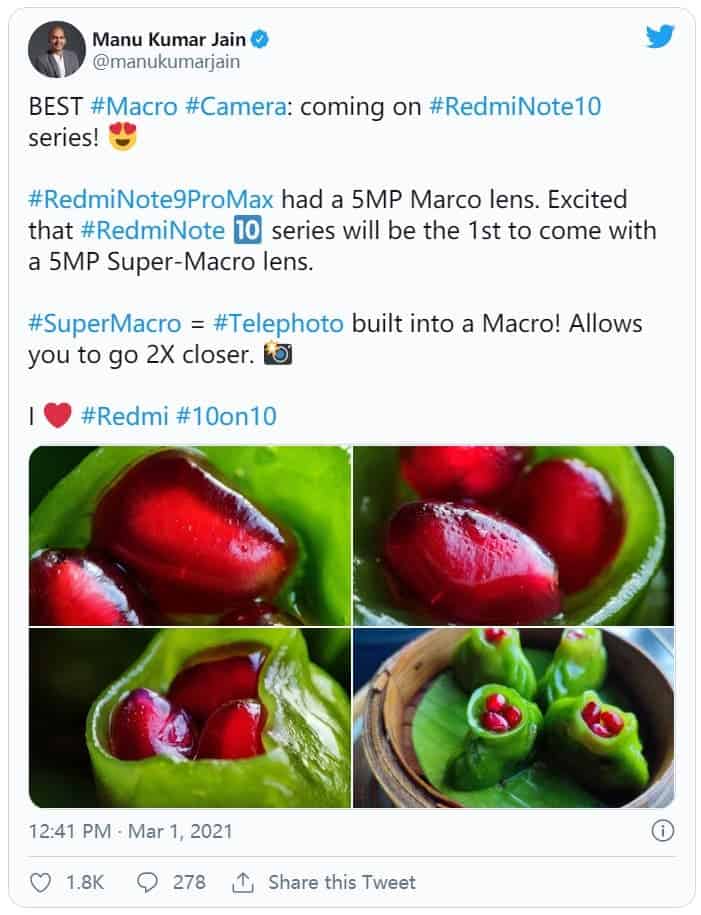 Furthermore, the president of Redmi India said on Twitter today that Redmi Note 10 will have a 5 megapixel super macro lens. The presence of this lens will double the magnification of its predecessor. In addition, he also said that the screens of this series of mobile phones will support a 120Hz refresh rate. This is slowly becoming the industry standard even for mid-range smartphones.