In late February, iQOO officially announced that it will officially release the new iQOO Neo5 on March 16. Today, some information regarding the iQOO Neo5 hit the web. The new information shows that this device will come with a triple rear camera setup. Furthermore, we can see the word “OIS” on the camera module. This means that the camera will support Optical Image Stabilization (OIS). This feature stabilizes the images and videos. It also improves the shooting effects in low-light environments. 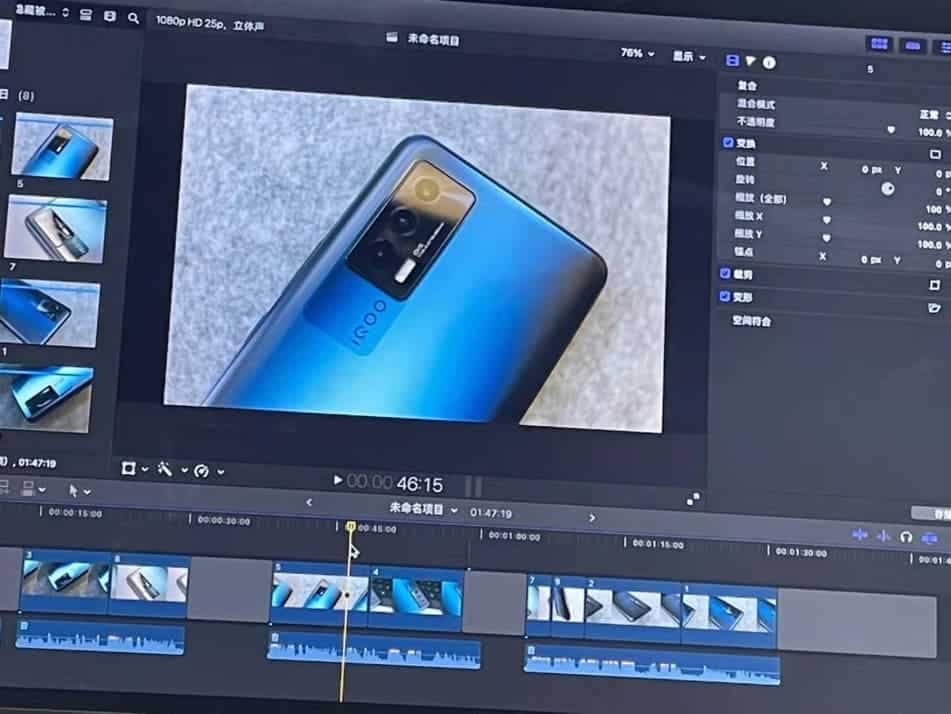 Furthermore, “Honor of Kings” announced that it will the iQOO Neo5 will support 90-frame gaming. In terms of game visual effects, iQOO Neo5 will use a hardware-level independent display chip to support the “game frame insertion” and “stabilized frame rate” functions.

In addition, iQOO Neo5 has basically confirmed that it will use the Snapdragon 870 processor. This smartphone will also support 66W ultra-fast flash charging and three-dimensional cooling system. The network access information shows that the iQOO Neo5 product code is V2055A. It supports 5G mobile networks and the charger has a maximum output of 20V 3.3A. 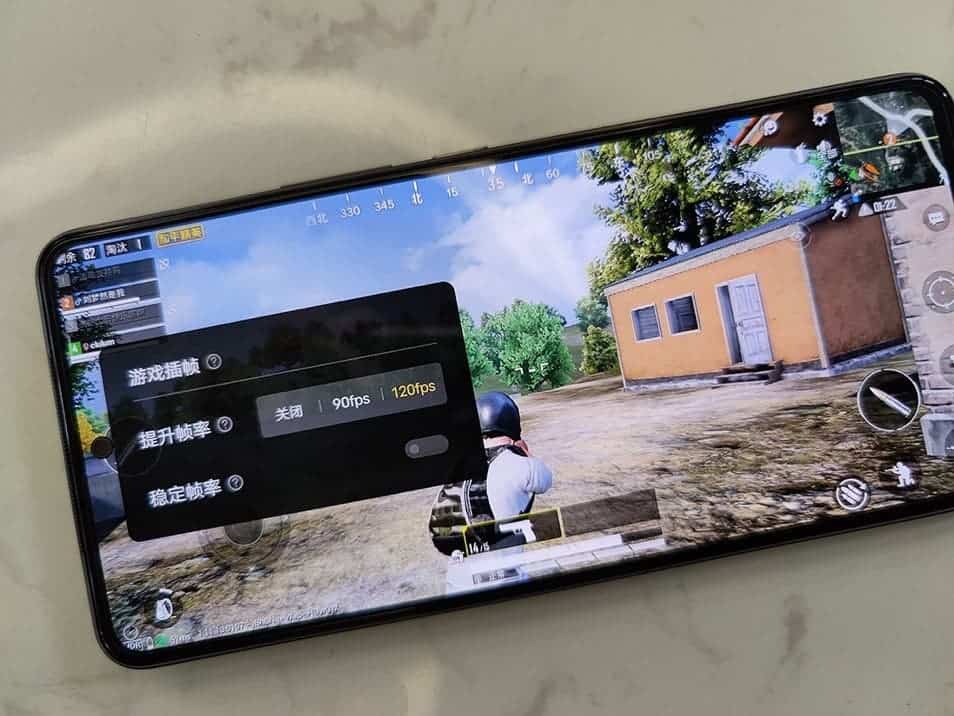 According to @DigitalChatStation, the iQOO Neo5 will use a 66W fast charger. This charger will give the device a full charge in about 30 minutes. In addition to the iQOO Neo5’s new fast charger, the leak also shows the front of this device. We can see from the image that the iQOO Neo5 comes with a center punch-hole display. The punch-hole aperture is significantly smaller than the previous generation. This will effectively reduce the impact of the front aperture on the screen display. The outer packaging is still black and yellow.

Recently, there were reports that the iQOO Neo5 smartphone will be launched next month. It will also use memory fusion technology to optimize RAM and ROM through algorithms. Part of the idle ROM space is directly used for RAM operation, which increases the memory capacity in disguise. With this technology, an 8GB RAM model can have 11GB RAM running memory. This eventually influences the overall performance of the device.

For those unaware, the iQOO Neo series is a mid-range cost-effective iQOO lineup but that still has a flagship-grade performance. According to rumors, the brand is gearing up to launch the new iQOO Neo 5 around March. Since the launch is coming closer, we’re starting to see more and more leaks revealing details about the handset. Today, an alleged iQOO Neo 5 prototype has emerged on the web. It gives us a good glimpse of the handset along with some of its key specifications. 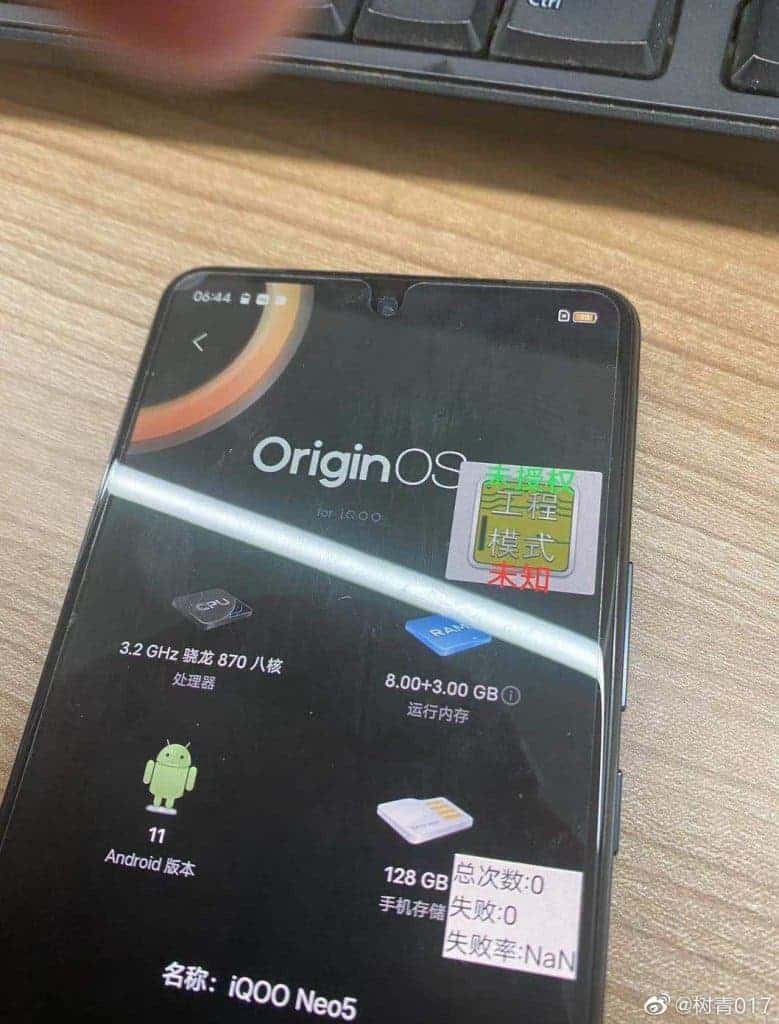 According to the leaked image, the iQOO Neo 5 users a centered punch-hole camera. It looks significantly reduced compared to its predecessor, so users will not be annoyed by the space taken by this cutout. The device will run Android 11 and we can see that OriginOS will be running on top. This particular variant has 128GB of Internal Storage, but we can expect another one with 256GB. According to previous rumors, the iQOO Neo 5 will have a 120Hz refresh rate.

Next Realme C21 will go official on March 5, specs and design revealed